CVA 791-1327 Yada/Takehara Apartments, 1985 Many workers in Vancouver’s early sawmills were immigrants from Japan, those of Japanese descent born in Canada known as Nikkei, as well as South Asian and Indigenous people.
0
Jun 27, 2018 12:11 PM By: Vancouver Heritage Foundation 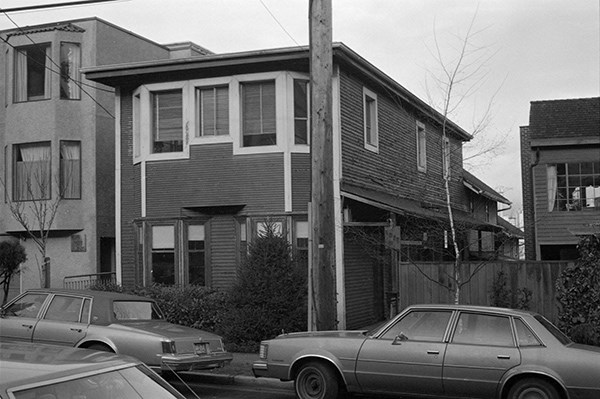 Many workers in Vancouver’s early sawmills were immigrants from Japan, those of Japanese descent born in Canada known as Nikkei, as well as South Asian and Indigenous people. In the 1880s, the majority who settled in Vancouver were working in industries such as sawmills, canneries or fishing. As industry and housing in Fairview boomed in the early 1900s, more mills and housing for workers were established in the area. Known as the Takehara/Yada Apartments, the building at 1017 West 7th Avenue was built in 1912-1913 as housing for Japanese workers and their families. Built by Genya Yada and his co-worker Rinnosuke Takehara, this building is now the last remaining tenement building for workers and their families in Fairview, and has historical significance for its representation of the Japanese Canadian community that resided in Fairview and False Creek in the early 20th century.

Genya Yada was from Chimoto mura, aza Higashi Nonami in Shiga Prefecture, near Kyoto in Japan. He immigrated to Canada in 1897, married Shige Teramura in 1907 and lived in the rooming house, where their children were born. The Yadas moved out of West 7th Avenue around 1927. They set up the Cassiar General store at 3390 East Hastings Street with family accommodation on the upper level and a backyard for the children. During World War II the Yadas were sent to Bridge River, a self-supporting camp near Lillooet, as part of the mass internment of people of Japanese descent. They received very little from the forced sale of their properties. After 1949, when those interned were allowed to return to the coast, the family resettled in Vancouver.

The tenement building at 1017 West 7th Avenue was later converted into apartments and has served as rental housing for many years. Despite being ‘A’ listed on the Vancouver Heritage Register, its future remains uncertain as the Fairview area continues to grow and redevelopment is common.

Learn more about the Takahara/Yada Apartments: