Vancouver city council rejected a rezoning application for a townhouse development on a property next to the Granville Street hospice in a 7-4 decision, June 25.
0
Jun 26, 2019 7:11 AM By: Naoibh O’Connor

Vancouver city council rejected a rezoning application for a townhouse development on a property next to the Granville Street hospice in a 7-4 decision, June 25. 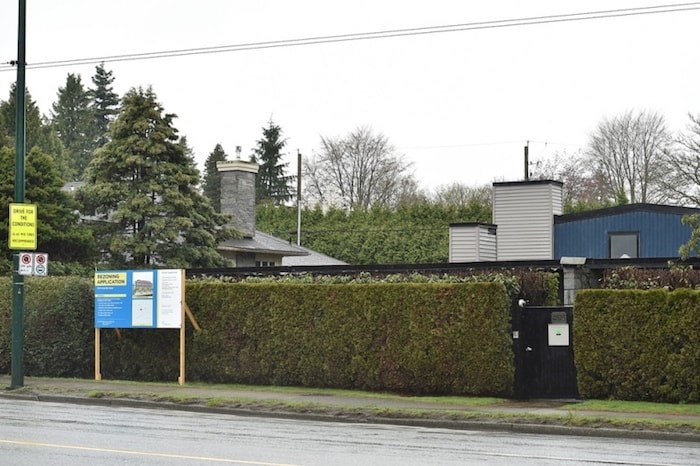 The plan to rezone a single-family property on Granville Street sparked a contentious debate. Photo by Dan Toulgoet/Vancouver Courier

The decision came after a contentious public hearing that attracted dozens of speakers who spoke passionately for and against the proposal.

Designed by Stuart Howard Architects, the development, which was planned for an existing single-family property at 4575 Granville St., included two buildings — one two-and-a-half storeys and the other three-and-a-half storeys — with 21 secured market rental units. The application was considered under the Affordable Housing Choices and Interim Rezoning Policy.

The Vancouver Hospice Society objected to the development, which it considered an incompatible next-door neighbour for the hospice at 4615 Granville St. The facility serves about 175 patients annually, as many as eight at a time. It opened in 2014.

The society argued the development's height and density would adversely affect the hospice’s ability to offer the dying, and their families, a private and tranquil place to spend patients' last days. The society was also concerned that construction would be disruptive.

Several changes were made to the proposal to address some of the hospice's concerns but the society wasn't satisfied. 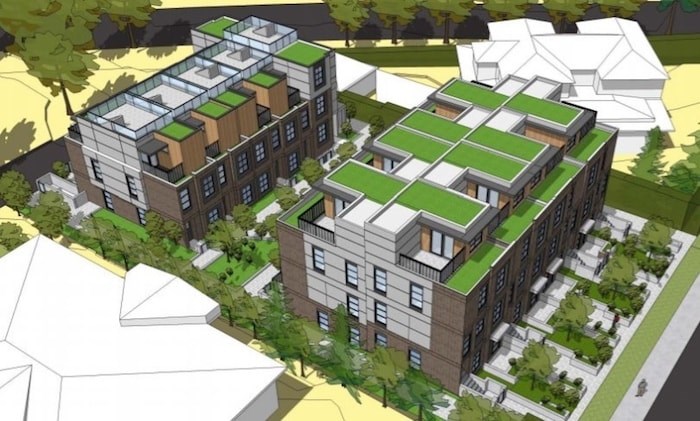 Development supporters, meanwhile, argued the complex would produce much-needed rental units in a housing crisis, and even if the rezoning application was rejected, the property owner could still build a 12,000-square-foot house under existing zoning. Towhhouses are also rare in Vancouver, and rental townhouses are even rarer. Staff referred to the latter as the "unicorn" of Vancouver.

Prior to the vote, many councillors indicated it was a tough decision with many pros and cons to consider.

"I'd like to send this back to the drawing board, so to speak, and ask the applicant to come up with something more suitable for the site," she said.

Swanson said positive points about the development included that it wouldn't result in anyone's eviction and it would densify a single-family neighbourhood. On the other hand, she said the owner would get a huge increase in value if the property was upzoned and the rentals would be expensive.

After describing it as "just about a toss-up" for her, she voted against application, citing the pricey rental units. 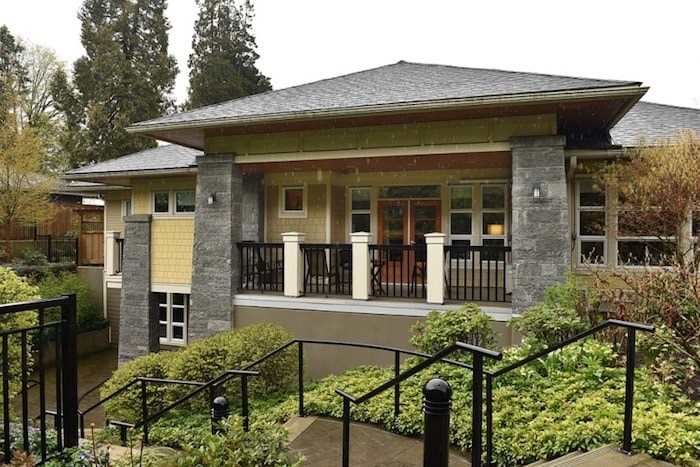 The hospice opened in 2014. Photo by Dan Toulgoet/Vancouver Courier

"This is not a vote against density in Shaughnessy," she said. "If this was for social housing, I would vote for it for sure."

Carr remarked on how equally balanced reaction was to the application, which was reflected in the correspondence the city received — 302 pieces in favour and 309 against it.

She noted the city's "desperate need" for housing, but added that the project wouldn't produce units affordable to average residents. The policy only requires that the development be 100 per cent market rental.

Bligh's No vote came down to her thoughts about the hospice's value.to the community, and the fact that people don't have a lot of choices at the end of their lives.

"This development takes more choices away from them. This is about people. Policy doesn't trump people," she said.

De Genova, one of only four to support the proposal, said the applicant tried to be "thoughtful" in responding to concerns from the hospice and that a Good Neighbour Agreement that would be required for approval could address potential issues. 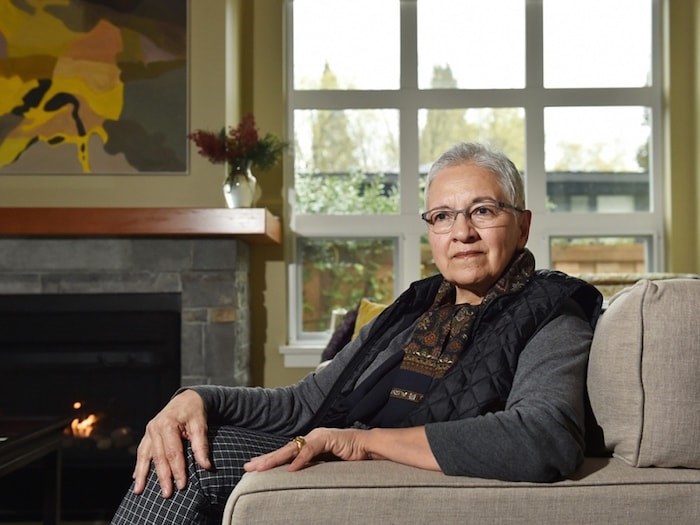 "It's important that we look at the policies that [the project] meets," she said. "When someone follows the rules and goes through the policy, it's difficult to change that policy when they get here."

Boyle, who called it a "tough decision," noted the need for more family-sized rental housing in every neighbourhood in Vancouver, particularly in areas such as Shaughnessy where she said exclusionary zoning had prevented it, but she also highlighted the important service provided by hospices.

Ultimately, however, she concluded that "good and peaceful deaths" could co-exist with family housing.