B.C.’s housing market may already be seeing an upswing following its recent slowdown, but price trends are lagging — and this is set to be reflected in some depressed home assessments.
0
Dec 10, 2019 6:01 PM By: Glacier Media 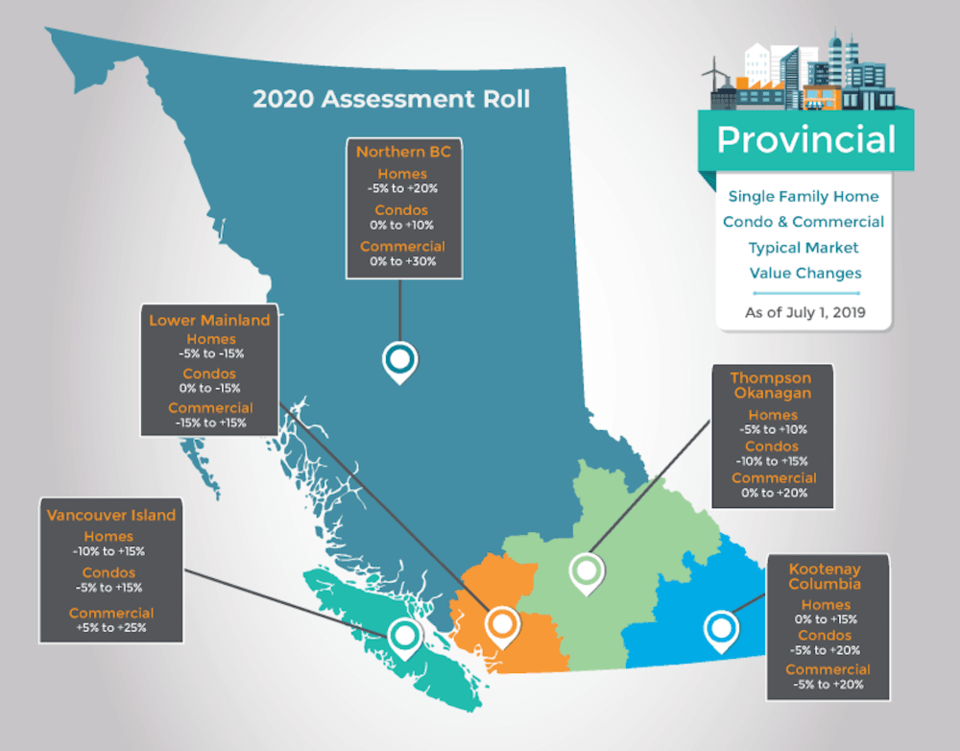 B.C.’s housing market may already be seeing an upswing following its recent slowdown, but price trends are lagging — and this is set to be reflected in some depressed home assessments, B.C. Assessment announced December 9.

Many areas of the province will see home values that “reflect B.C.’s moderating real estate markets,” according to the property valuation agency.

Assessor and B.C. Assessment spokesperson Tina Ireland said, “We first saw signs of moderation during the 2019 property assessments. For 2020 assessments, we are seeing a continued ripple effect of a moderating market expanding across the province.”

In Metro Vancouver, single-family homes are generally expected to see a decline in value from the previous year of 10 to 15 per cent. Condo values across the region are expected to range from remaining flat with last year to falling 15 per cent.

“Changes in property assessments really depend on where you live,” said Ireland. “For example, assessed values of homes in many areas of Metro Vancouver will see a softening in value, while other markets and areas of the province will see minimal change and even modest increases over last year's values.”

Regions expected to see an increase in home values include some Interior and Northern areas, such as Kamloops, Nelson, Cranbrook, Revelstoke, Prince George, Williams Lake and Terrace.

Commercial values across the province held their values more consistently, with assessments rising in most areas and remaining generally flat in the Lower Mainland.

Industrial real estate values also stayed very strong, especially in the Fraser Valley, where property assessments are likely to come in between 10 and 35 per cent higher than one year previously.

All B.C. property owners will receive their annual property assessment notice in early January 2020, with some early-warning letters issued in December to those whose property valuation changes deviate from the norm. Values are all calculated based on the value of the property on the same date, July 1, every year.

Click here to see a table of likely home-valuation changes in your region.