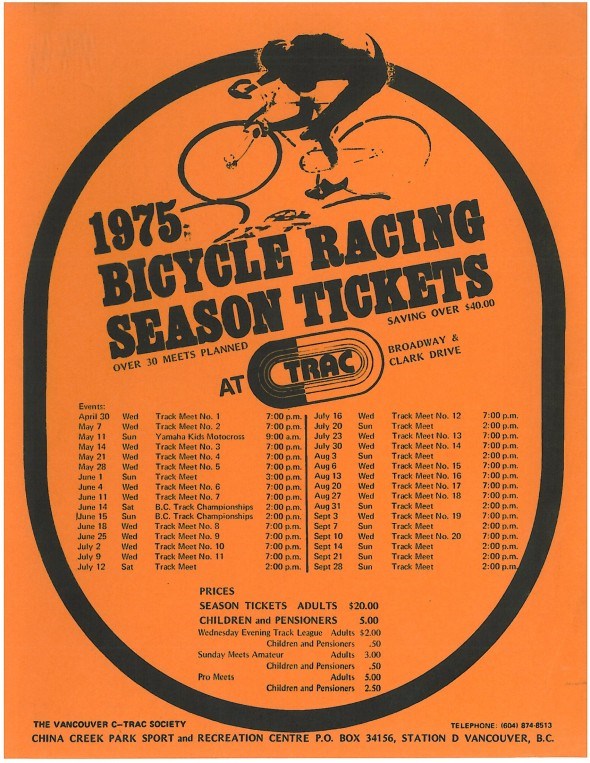 We've been working on the China Creek Cycle Track plaque presentation for the past few months, and it's been a fascinating look back on a place that holds a lot of great memories for many people. We may not be able to watch the "thrills and spills" of live outdoor track racing, but you can be part of a historic reunion, and listen to the history (it's long and layered) and the first-hand stories by racing veterans. Feb 6th at  10am, Vancouver Community College Broadway Campus, 7th Ave entrance, 1st floor atrium and join us 'cause since we've already lost 'Ace', there won't be many more occasions to hear from the guys and gals who rode the track..

We've been posting photos of the China Creek Cycle Track (from local legend Lorne 'Ace' Atkinson's extensive scrapbooks) on social media and folks on Facebook and twitter have left some great comments.  Michael Cooper  posted this photo for us on Facebook with the awesome caption:

"This is the sprint final for a race on the China Creek Cycling Track, probably in 1976 or 1977. That is the Washington State sprint champion Richard Snavely on the bottom, me leading at the top of the banking and Ed McRae behind me. The track was torn down in 1980. Our last full racing season was 1979. I was the last BC Track Champion on this track." 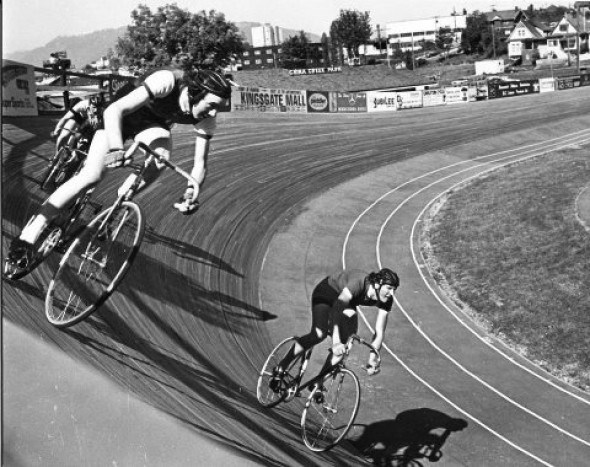 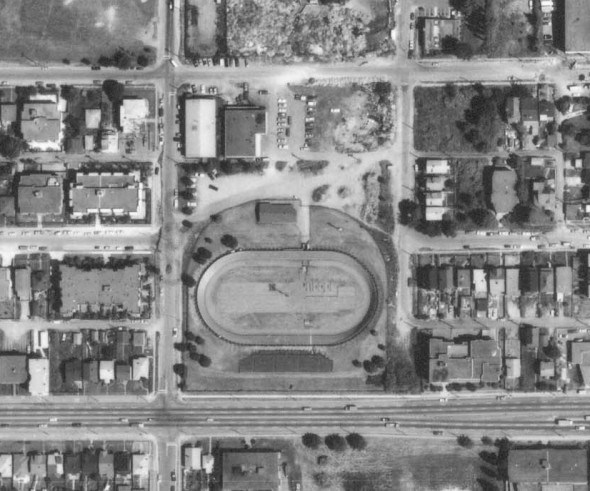