"VELO-CITY: Vancouver & the Bicycle Revolution"AT THE MUSEUM OF VANCOUVER (THE MOV)

Opening today and running until September 7th at the Museum Of Vancouver is an exhibit called Velo-City , and it's all about bicycles and bicycling in this city of ours! Like the two other exhibits I've seen at the museum (the Sasquatch one and the S

Opening today and running until September 7th at the Museum Of Vancouver is an exhibit called Velo-City, and it's all about bicycles and bicycling in this city of ours! 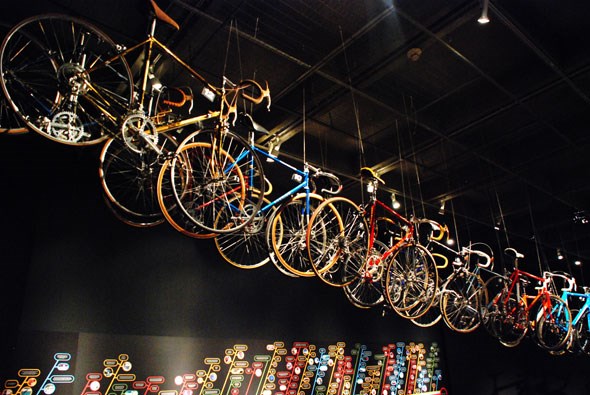 Like the two other exhibits I've seen at the museum (the Sasquatch one and the Skateboarding In Vancouver one), Velo-City is over-the-top comprehensive, super interesting, not to be missed. Seriously, if you live in Vancouver, even if you're one of the handful of people who don't own a bike here, you need to go see what they've put together in this 7500 square foot space.

I took photos of a ton of the bikes/displays/etc there but I don't want to give it all away so I'll just share a few of my favourite things from it...

A Vancouver Bicycle Club sweater and magazines/pamphlets concerning the China Creek Velodrome, a bike that John Hathaway rode some of his 300,000 miles on, a man-powered bike rocket thing from the dude who holds landspeed records on a bicycle and one of Jay Miron's last BMX bikes from his pro career ghost ridin' a handrail. 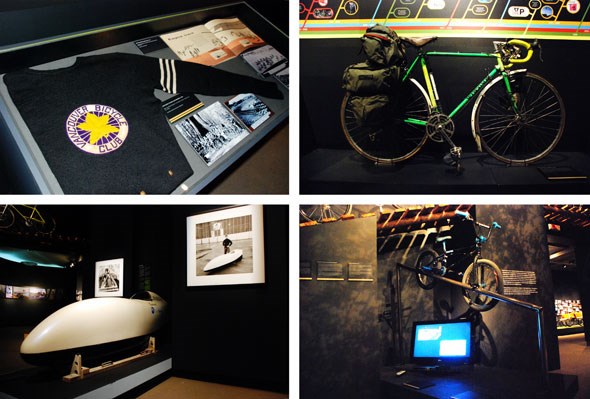 In the "customized" room a windsail/pirate flag job, heart frame, one of PD's/Skullskates' BMX cruisers and a tandem bike with french bread and wine on a picnic blanket. 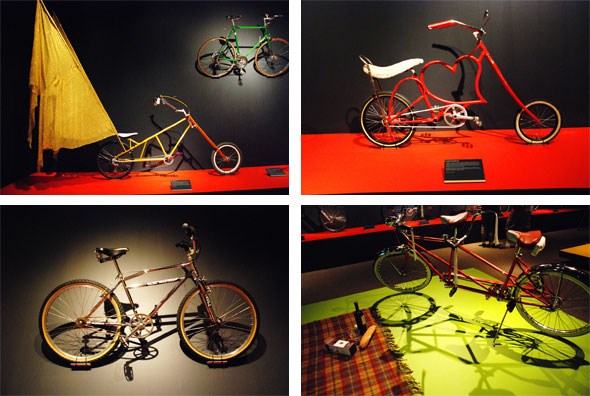 Remember THIS thing we told you about awhile back where they were asking for your photos and stories? Here's the 35+ foot wall where they're showing them all. Insane. And it's not too late to submit your photo, throughout the span of the exhibit they'll be showing a ton more on those two screens you can see amongst the prints.

Lastly, the most interactive part of the exhibit, where they invite you to write your thoughts and ideal biking future on the timeline that starts from the date of the show. That's a big bowl of chalk in the middle of the room there.

Oh, and if you're wondering where the Museum Of Vancouver might be, it's at 1100 Chestnut Street... it's the newly relaunched Vancouver Museum!:

In 2008 the Museum announced the results of a major visioning project. The Museum will focus on Vancouver, both as a physical reality and as an idea, using cross-disciplinary approaches and engaging the community in dialogue about contemporary issues. In 2009, to reflect the new vision, the Museum changed its name to Museum of Vancouver. The MOV launched with the opening of the exhibition, Velo-City: Vancouver and the Bicycle Revolution.

Learn all about the history of the museum and past/upcoming exhibits and stuff at their recently launched web site. Truly one of the things that makes this city an awesome place to be, rest assured you'll be seeing more from the MOV here on Vancouver Is Awesome! 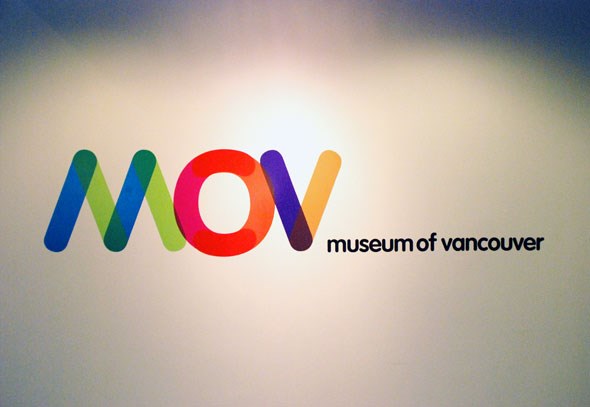