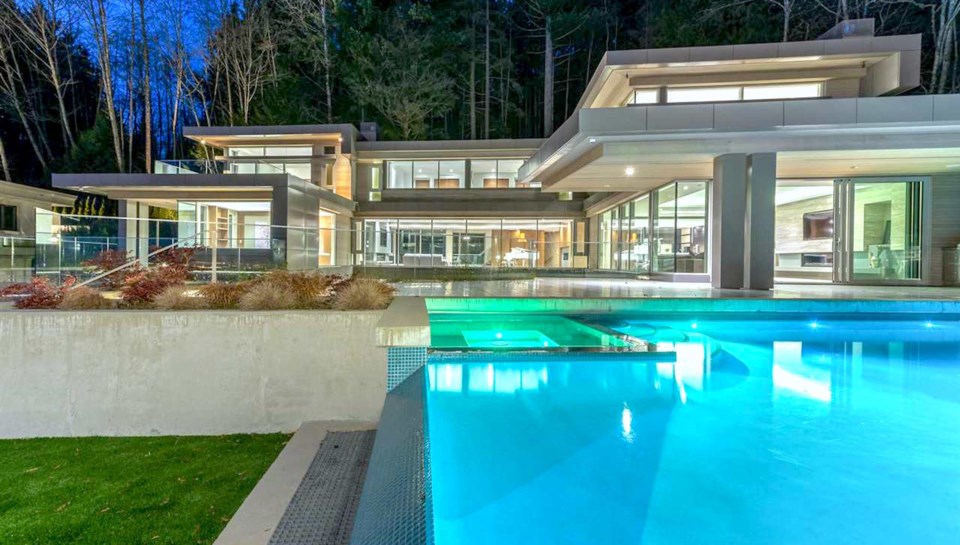 A West Vancouver home was sold this summer for $3 million more than its assessed worth. Photo: Sutton Group-West Coast Realty

A West Vancouver mansion, which had a property value that plummeted 13 per cent this year, was sold this summer for $3 million more than its most recently appraised value – $6.7-million.

Interestingly, the selling price was approximately $7 million less than the owner originally wanted for the house.

After being listed for a year on the market by Sutton Group-West Coast Realty the property located at 1526 Chartwell Dr. was sold for $9.5-million in August, according to figures obtained by a real estate tracking site.

Advertisements online boasted the property hosted an eight-bedroom and nine-bathroom home, with a seven-car garage, swimming pool, and elevator.

Cottage rental scam under investigation
Sep 6, 2020 6:00 AM
Comments
We welcome your feedback and encourage you to share your thoughts. We ask that you be respectful of others and their points of view, refrain from personal attacks and stay on topic. To learn about our commenting policies and how we moderate, please read our Community Guidelines.