You can support our B.C. parks with this limited edition local summer brew pack

BC Liquor Stores and BC Parks Foundation have launched a unique “Parks Forever Pack” containing four of B.C.’s top selling local summer beverage brands, with every sale benefitting parks within the province.

What can be better than chilling on your patio while sipping on some beers? How about doing just that — while supporting a good cause!

The BC Parks Foundation has teamed up with BC Liquor Stores and some of B.C.’s most popular beverage brands to celebrate both organizations’ 100th anniversaries by offering a special pack of mixed beverage varieties, with sales supporting the province’s most cherished outdoor public spaces.

Recently launched in over 68 liquor stores across the province, the exclusive ‘Parks Forever Pack’ will be available throughout the spring and summer seasons until September 1.

Retailing for $46.99, the specially-curated, mixed 24-pack contains a six pack of each of the following #1 selling offerings from local breweries and beverage companies: 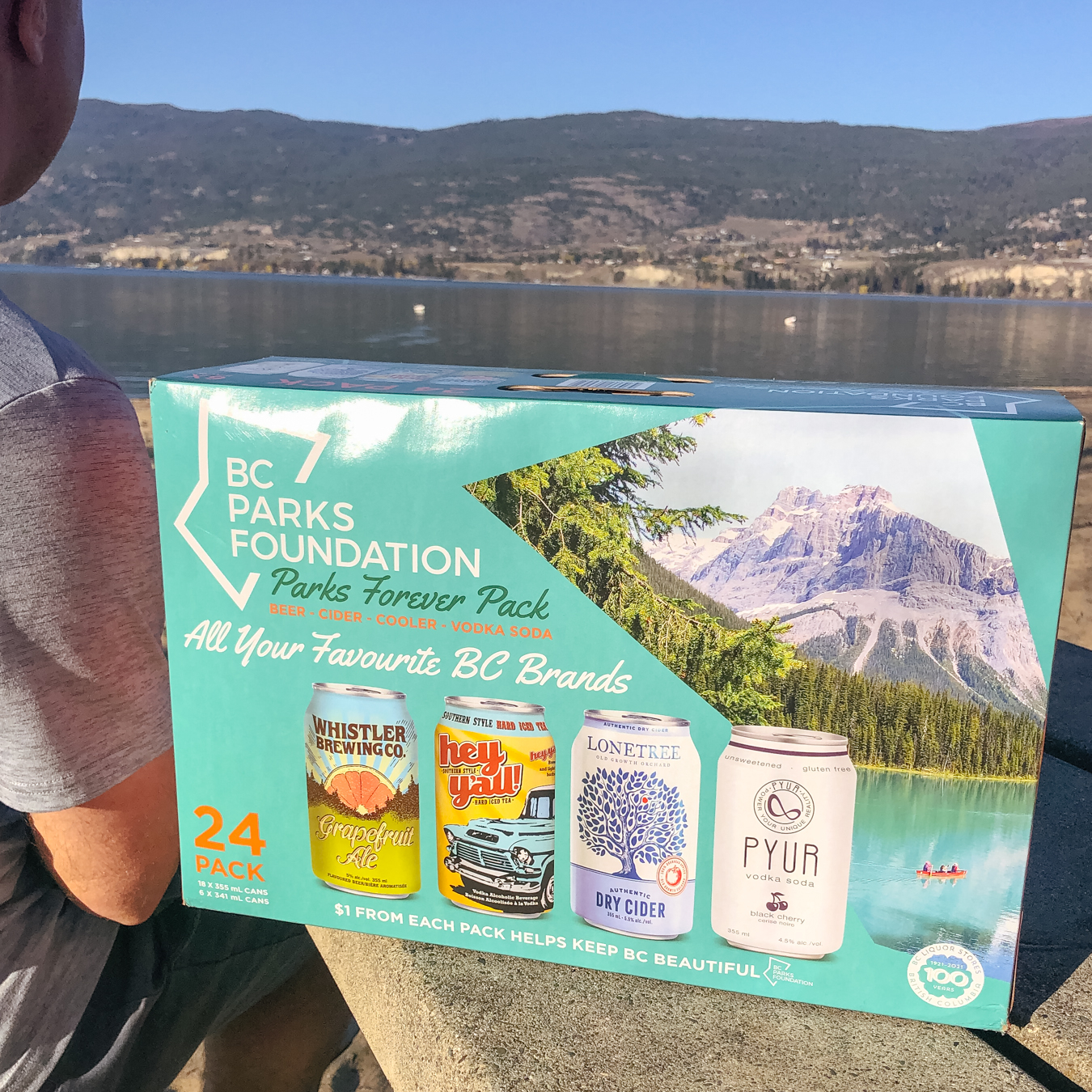 A variety pack like the ‘Parks Forever Pack’, containing a wide assortment of summer alcoholic beverage types, has never been offered before in B.C.

This limited-edition exclusive pack was made in recognition of the importance of our local parks, which are in need of the public’s support.

“Parks are at the heart of what makes B.C. beautiful, and support for parks has exploded over the past year,” says Andy Day, CEO of the BC Parks Foundation. “This is another great way that people can give back to the places we all love.”

Responsible alcohol consumption is permitted while camping in most B.C. public parks. That said, The BC Parks Foundation is asking everyone to recognize and respect the current public health orders that prohibit travel and camping outside of your local areas.

“For now the Parks Forever Pack will have to be enjoyed on your patio or backyard,” says Day.

The colourfully designed pack contains messages reminding campers to pack responsibility by packing out and recycling their empties in the spirit of preserving and enhancing B.C.’s public parks.

Help BC Parks Foundation in their mission to help create the best parks system in the world by grabbing a ‘Parks Forever Pack’ today at your local BC Liquor Store!