CONTEST: You could win a festive night out in downtown Vancouver from Chor Leoni and Sheraton Vancouver Wall Centre Hotel

During the live performance, audiences will be treated to a glorious celebration of festive favourites. The eclectic program consists of boisterous holiday classics, soulful carols, and the world premiere of six new arrangements.

Highlights from this year’s setlist include a selection of time-honoured Christmas carols like Hark the Herald Angels Sing and Winter Wonderland, and fresh and sparkling arrangements of God Rest Ye Merry, Gentleman, Noel, and Auld Lang Syne. Among the new songs in Chor Leoni’s brand new repertoire are It’s Almost Time, Ring Out, and Looks Like a Cold, Cold Winter.

Keeping with tradition, the show will conclude with the choir’s signature candlelit encore of Silent Night, where audiences are invited to lift their voices in celebration of the season. 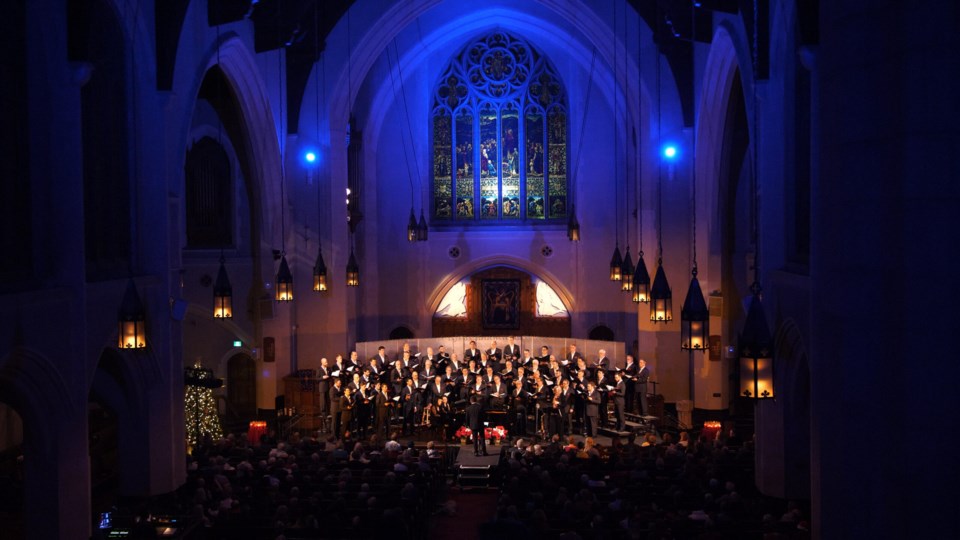 This year, Chor Leoni will be accompanied by a special guest, critically acclaimed violinist/fiddler Cameron Wilson, who has appeared on the recordings of Bryan Adams, Nickelback, and Charlotte Diamond, and regularly performs with Vancouver Symphony Orchestra, Vancouver Opera Orchestra, acoustic string jazz quartet Van Django and the Hard Rubber Orchestra. Wilson’s reunion with the men’s choir promises to amplify the festive performance as the musician weaves his jazz, classical, and folk influences into the season’s most popular classics.

As one of the vanguard male vocal ensembles in North America, Chor Leoni’s soaring Singing Lions have been entertaining fans both locally and worldwide for over thirty years, and this season’s Yuletide concert is not to be missed!

Get into the holiday spirit with Chor Leoni at Christmas with Chor Leoni! For tickets and information, visit chorleoni.org/event/christmas-with-chor-leoni. 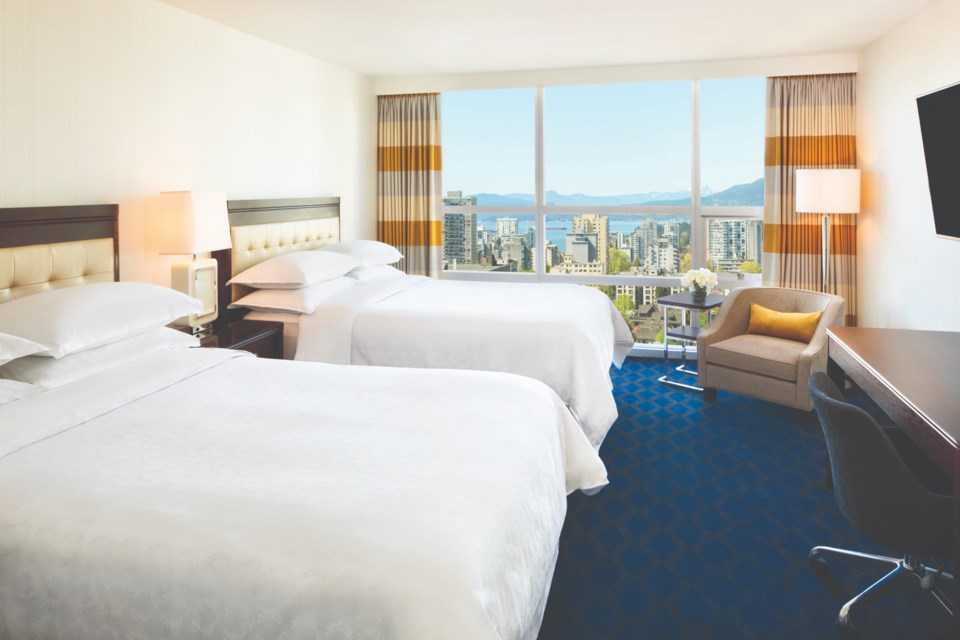 We’ve partnered with Chor Leoni to give two lucky winners a pair of tickets to Christmas with Chor Leoni at St. Andrew’s-Wesley United Church on December 17, 18, or 20, along with a 1-night stay at the Sheraton Vancouver Wall Centre Hotel in downtown Vancouver!

You can enter via the contest entry form below. For additional chances to win, visit Chor Leoni and Sheraton Vancouver Wall Centre Hotel at their websites for 10 bonus entries each, and visit their Facebook and Instagram pages for another 25 bonus entries each.

This contest is open to British Columbia residents and closes on December 15, 2021. The contest winner will be contacted via email on this date.