Andrew Teel is the 2020 Courage to Come Back award recipient in the Youth category.

Andrew Teel had a hard start at a very young age.

As a child, Andrew's basic needs for care, security, and affection were not met. For the first years of his life, he found himself in the foster care system, where he was left deeply deprived and traumatized by some placements.

As a result, he developed PTSD and phobias such as the fear of dying from starvation or thirst. On top of all of this, Andrew was born with fetal alcohol syndrome (FAS), which has had effects on his cognitive and physical abilities.

One afternoon, everything changed. In kindergarten, Andrew walked up to a daycare provider in the playground who was hugging other students and asked if he could have a hug too. He knew he wanted to feel that sense of love and care in his life too, and in that pivotal moment, he had created his own destiny by finding his soon-to-be mother.

From that day forward, both Andrew and Sandy knew they had shared a special connection. After discussions with their family, friends, and colleagues, Sandy and her husband Mark began looking into the adoption process. Then, during a discovery meeting, the Teels were given a long assessment of Andrew’s diagnoses that suggested the reality of his future being too challenging to overcome, no matter how much his parents tried to support him.

"We left with heavy hearts. We didn’t think that we could be the parents Andrew needed. But we knew that he was meant to be our son and we couldn’t leave him behind,” says Sandy.

By the last day of that school year, Sandy, Mark, and their eldest son Darren officially became Andrew’s forever family. As a unit, they would provide Andrew with the supportive and intuitive family system to help him feel a sense of belonging and become the best version of himself.

"I finally felt a sense of belonging in knowing that I now have a safe place to be with a caring and loving family. They are always there to help me when I need help with something."

From then on, the Teels have willingly, lovingly, and without hesitation dedicated countless hours of their time doing everything they could to be there for Andrew.

With the devoted support and assistance of the Teels, Andrew was determined to find ways to break the barriers to his mobility issues. Gradually, and with many bumps and bruises along the way, he taught himself how to move with more fluidity and defied expectations through his willingness to commit himself to whatever it took to succeed.

“About a month after I was adopted, I took the training wheels off my bike. I wasn’t going to come back into the house until I could ride it. I had bad balance and weak legs so I crashed a lot. Mom put a ton of Band‐Aids on me. When Dad came home, he was so surprised to see me riding on two wheels. That’s when I knew I could do anything I really wanted to.”

In spite of his learning disabilities, Andrew insisted on taking the regular school curriculum and joining sports teams “to be exactly like everyone else.” Completely self-driven, he spent hours after school, on weekends, and in the summer studying and practicing to do the things that took other children minutes to process. No matter what, he refused to give up, even though it meant sacrificing leisure or social activities.

"I had a lot of people tell me I couldn’t do things and that pushed me to try even harder to prove them wrong. It’s been within me since I was little. I want to be known for who I am, not what I have. All I can do is decide what matters to me and work hard to make it happen.”

"No matter what Andrew comes up against, he never gives up. When he recognizes something is hard for him to do the typical way that it's been done by everyone else, he finds the Andrew way to do it,” Sandy says. "He has never viewed himself as different or said, 'Poor me!' or 'Why me?', and never once has he complained.'” 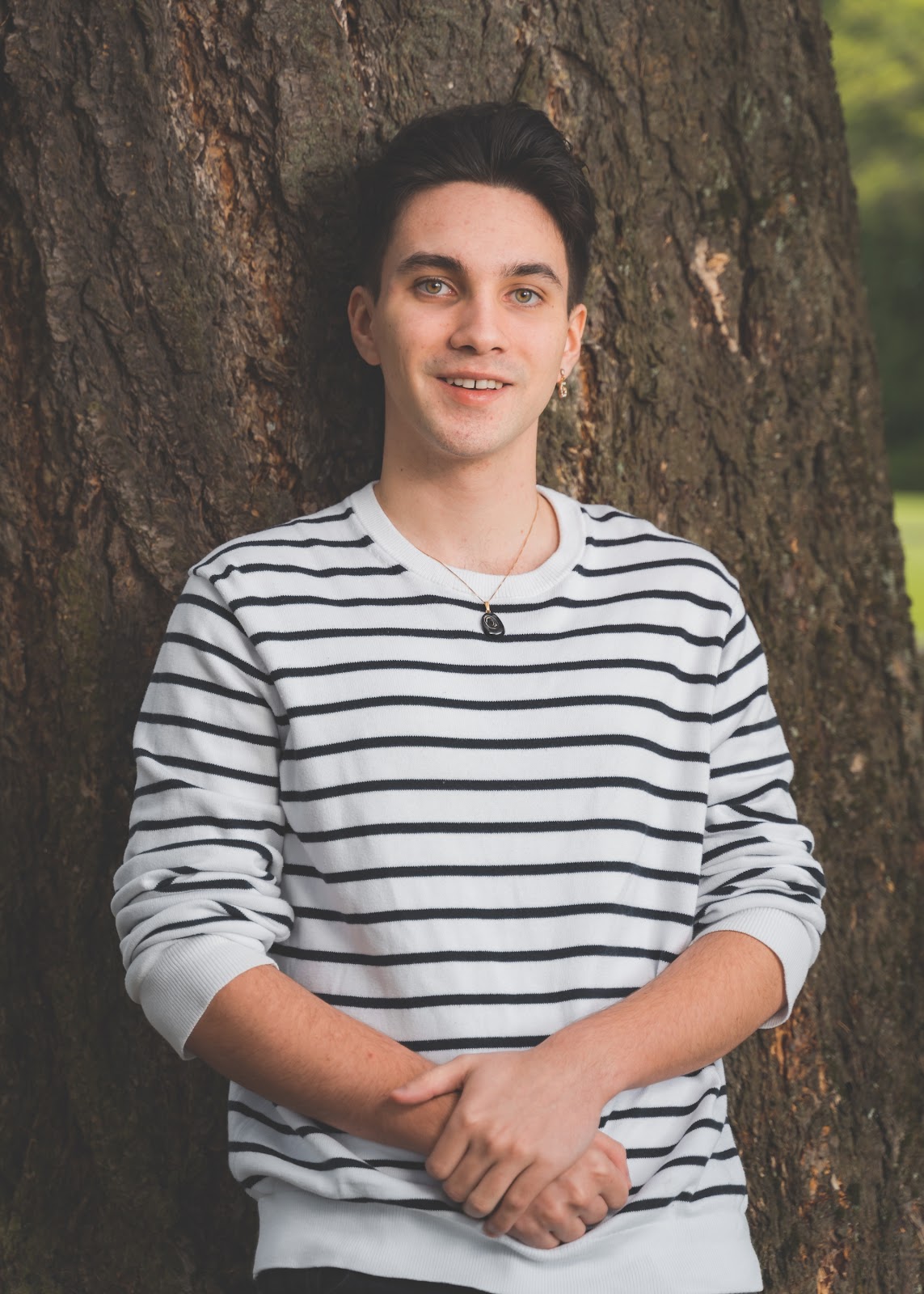 Another one of Andrew’s many remarkable traits is that he was born with a deep sense of empathy and altruism. He recognizes other people's suffering and knows, from experience, that their circumstances are not their fault. Knowing how lucky he is, he transforms the love he's been given into a deep sense of compassion for others.

In Grade 5, he started raising funds at school for charities, starting with the SPCA. Then, when Andrew was 15, he turned his attention towards fundraising for homeless and at-risk youth in Vancouver as a way to give back after finding his forever home.

“I realized there were other people just like me, except they never found their adoptive families. Many did not have homes and they had to deal with all these things alone. I had to help them. I started by filling Christmas stockings for those on the Downtown Eastside. I will never forget handing them out in Oppenheimer Park on Christmas Eve. It was sad and happy all at the same time. I felt like I was doing something that really mattered. Then in Grade 9, I created Twoonies for Teens (with Covenant House) to raise money for vulnerable youth. My goal was to raise $100 but I raised a lot more.”

In fact, Andrew raised close to $50,000 for Covenant House. He has since continued to run his annual Twoonies for Teens campaign and continues to raise money for and volunteer with those less fortunate than him.

Furthermore, Andrew is speaking up for progressive changes in the foster care system. He believes the system is in need of more support and resources, such as more education and screening for—and more accountability from—foster parents, so that kids will feel protected and supported.

"With my situation, I didn't understand why I was moved from a foster home when I was. I always thought that it was my fault. I think kids should be hearing explanations,” he shares.

Despite the social anxiety of being in the spotlight, Andrew is willing and ready to speak out to spread awareness. Through his brave act of being open and honest about his personal story and private struggles, he hopes to spread a positive message of resilience.

"I want to spread the message to be who you are. You can be what you want to be. Nothing can stop you if you want something."

Sandy could not be more proud of her son and how far he has come.

“Andrew has always had a moral compass, a strong sense of self, and a good idea of where he wanted to go. He was always destined to become who he is today.  He has gone from surviving to thriving. He has been rewarded for all his hard work by becoming mentally and physically healthy. Nothing has ever been able to touch his happy soul, his incredible determination, or his kind heart. Not only does Andrew love us, but his love and compassion have rippled out into the world and touched so many. We are lucky enough to be there with him along the way. If there is a word that means more than “proud”, then I am that.”

During COVID-19, Andrew completed Grade 12 and celebrated his high school graduation in the midst of all the sudden changes that came with the pandemic.

He’s looking forward to recharging during his summer break by visiting his grandparents’ cabin, hanging out with his friends (at a social distance, of course), and doing charity work in his community. In September, he will be beginning a retail program at Douglas College, which he hopes will help his next pursuit of launching his own clothing brand.

“It’s a huge honour to be receiving this award. I look forward to seeing what happens next. I know there will be more challenges in the future but I’m ready for them.”