Wong is the 2021 Courage to Come Back award recipient in the Physical Rehabilitation category.

'A person trapped, car on fire' is one of the most devastating calls a fire rescue department can receive.

Early morning on December 25, 2009, Lester Wing's car hit a rock wall in a T intersection. The next thing he knew, he was in the hospital in the BC Professional Firefighters' Burn, Plastic and Trauma Unit, having been transported immediately after quick responses from witnesses at the scene and first responders.

“I was placed into an induced coma for the first month in ICU at VGH — it was the longest dream of my life,” recalls Lester from his time in critical care.

Lester suffered deep and severe burn injuries to a third of his body in his upper body, which included his head, face, neck, chest, back, and arms. He underwent 10 reconstructive surgeries to his skin in the affected areas. Lester also lost extremities on his hands, his ears, and was severely disfigured on his head and face, and upper body.

In May 2010, he was transferred to GF Strong Rehabilitation Hospital, where he spent the two months getting his muscle strength back and attending support meetings to learn how to live with his injuries.

Recovery from a severe burn injury is difficult, as each surgery requires recovery, and then further rehabilitation — a process which can go on for years.

“What really helped me get going were my family and my friends,” says Lester. “They gave me motivation and pushed me to continue on in my recovery.”

Once discharged from the hospital, Lester was determined to carry on with the life he had temporarily put on hold.

“I had made small goals like renewing my belongings, ID cards, and driver's license that led to accomplishing bigger, long-term goals, such as finishing my Aircraft Mechanic courses and going back to work in the military as a reservist,” says Lester. 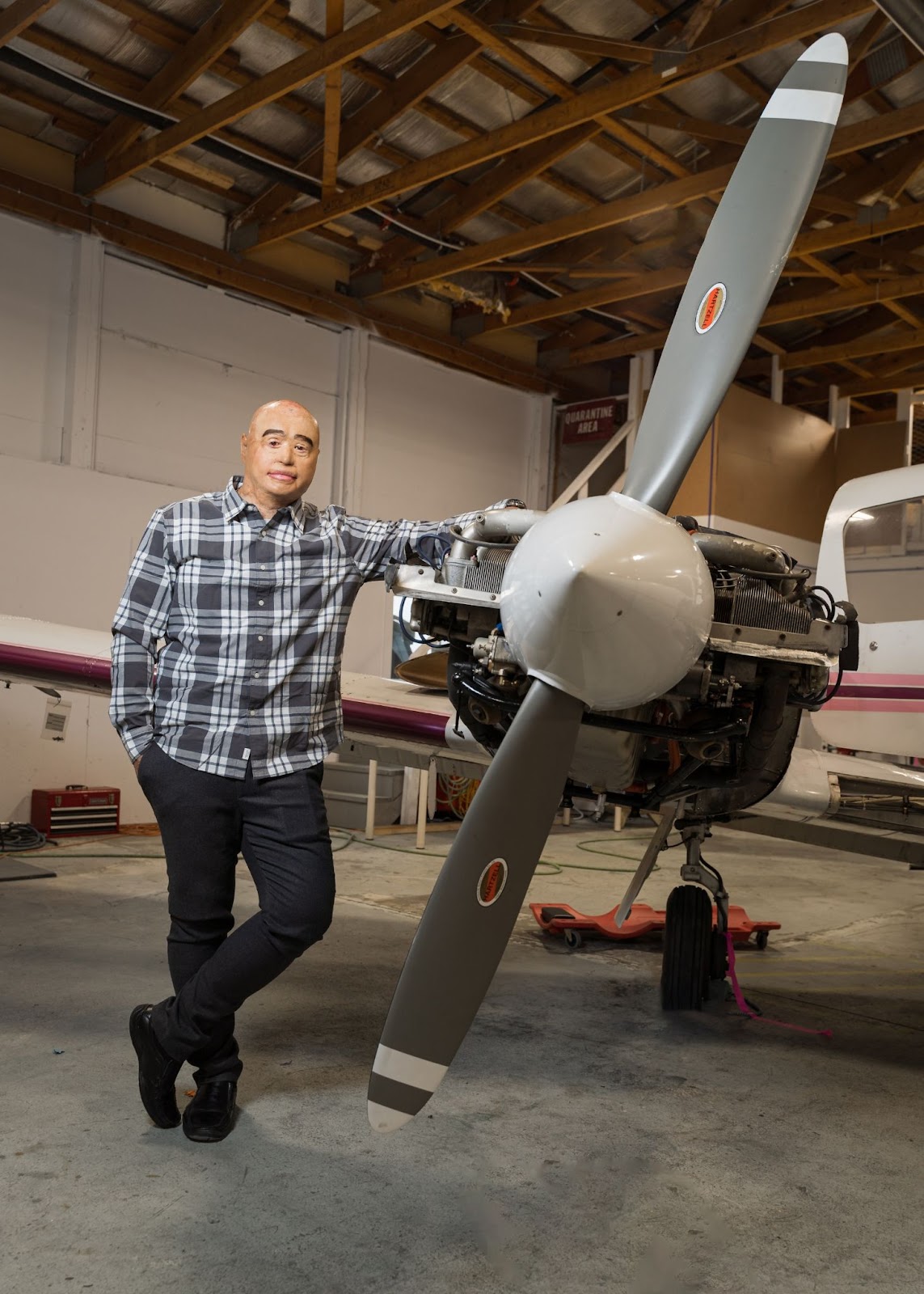 In 2011, Lester completed the Aircraft Maintenance Engineer Program at BCIT and was awarded the Oswald Howell Memorial Bursary, sponsored by the BCPFF Burn Fund.

The following year, his recovery had progressed to the point where he was allowed to return to full duty in the military reserve with the Canadian Forces. He was awarded the Queen's Elizabeth II Diamond Jubilee medal for completing his studies and work despite the obstacles.

Lester was able to complete several military courses, including the Weapons Detachment Member Course in 2013 and the Army Tactical Communications Course in 2014.

Currently working in aviation maintenance at Langley Regional Airport and employed as a commercial airline pilot in Fort Smith, Lester is now pursuing leadership training to further his career.

In addition to reaching his personal goals, Lester has become an active member of The Future Is Mine, an adult burn survivor program, and he is a counsellor and mentor at a Burn Camp for children. He has met with many other burn survivors of all ages.

Lester is open and willing to share his story and to help others to come to terms with their injuries. From speaking in front of fundraising functions and being interviewed by the media, to his involvement in fundraising and raising awareness for the B.C. Professional Firefighters’ Burn Fund, he has influenced many lives with his courage and his positive attitude in response to conquering major obstacles.

"Having been through this painful experience, I hope I can empower other survivors," says Lester. "When they're in a tough situation, I want them to know that they're not alone, and to keep persevering and not give up."

Lester experienced one of the most horrific injuries the body can endure — burn — and has displayed immense courage to overcome adversity and return to his duties. His fortitude, persevering, and unwavering approach to recovery is inspirational.