Joy Gaze had a revelation to share with her audience.

On stage as part of a review of performers at Terraces on Seventh, she stood there on her own as she prepared for what she had to say next.

“I looked at them and quietly said, ‘I’ve got something to tell you… I have a secret lover,’” she revealed as a wave of astonishment fanned out across the room. “You could hear the gasps and whispers,” laughed Mrs. Gaze, 96, who has been a resident at the boutique independent and assisted retirement community in Vancouver’s Fairview and South Granville area for over 16 years.

“I told a made up story about how my ‘lover’ came with me everywhere — to dinner, shopping, and even into the bathroom as my lover held my hand in the shower,” she chuckled, with a mischievous twinkle in her eyes.

“I went on and on, padding it out, then started to cry when talking about how when you have to go to hospital they don’t allow them to come with you.” Awash in a flood of tears and sadness, Mrs. Gaze slowly exited the stage, only to return, this time proudly wheeling along a walker, her almost constant companion, and introducing it as her ‘secret lover.’

It was a triumphant moment for Mrs. Gaze, a goal she longs to achieve as a seasoned community theatre performer. “It’s that bit of theatre magic when you have done a good enough job that your audience believes you’re actually the character you are playing,” she explained.

“It’s such a thrill when you know you’ve got them,” she added. “When I told my son Christopher (artistic director of Vancouver’s Bard On The Beach) what I did, he said, ‘Mom, you are so wicked!’”

The love of performing started for Mrs. Gaze as a child growing up in southern England. She remembers one of her first roles as a magical faerie in a production of Shakespeare’s A Midsummer Night’s Dream. “I was about five-years old, and despite the director’s repeated pleas, I would not stay put on stage. ‘Faeries never stand still,’ I told the director!”

Eventually, she did comply, staying stationary in character just long enough until the scene was over, then proceeded to flit about the stage.

“Christopher threatened he’d put that role in the program for a Bard production, 91 years after I first played it,” Mrs. Gaze smiled.

Mrs. Gaze’s theatre patronage continues to this day. “I do go to the Arts Club and other smaller theatres to see live performances when I can, but at 96-years old, I am beginning to think I like my bed more,” she quipped. 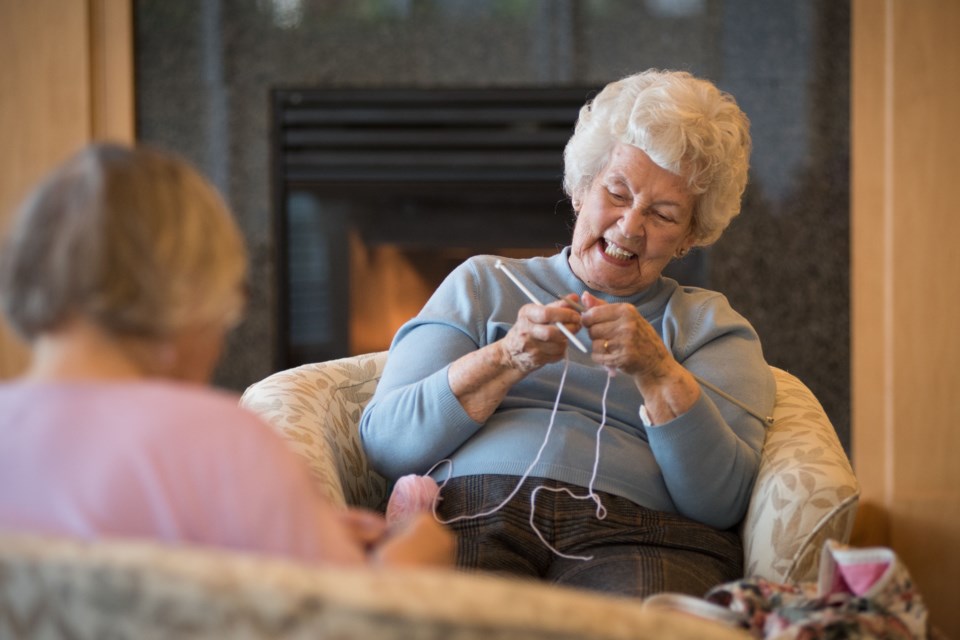 With her performing days few and far between now, Mrs. Gaze prefers to foster the spirit of community at Terraces On Seventh, where she has helped to establish and organize a variety of creative programs, such as talent nights and a charitable knitting group called In Stitches.

“I was watching America’s Got Talent and Canada’s Got Talent on TV and thought to myself, Terraces has got talent, too,” Mrs. Gaze recalls. “So, I asked around about what other residents did before they came here, and what I found out was amazing.”

She discovered there were those with skills making silver jewelry, woodworking, and looming, among plenty of other artistic talents. 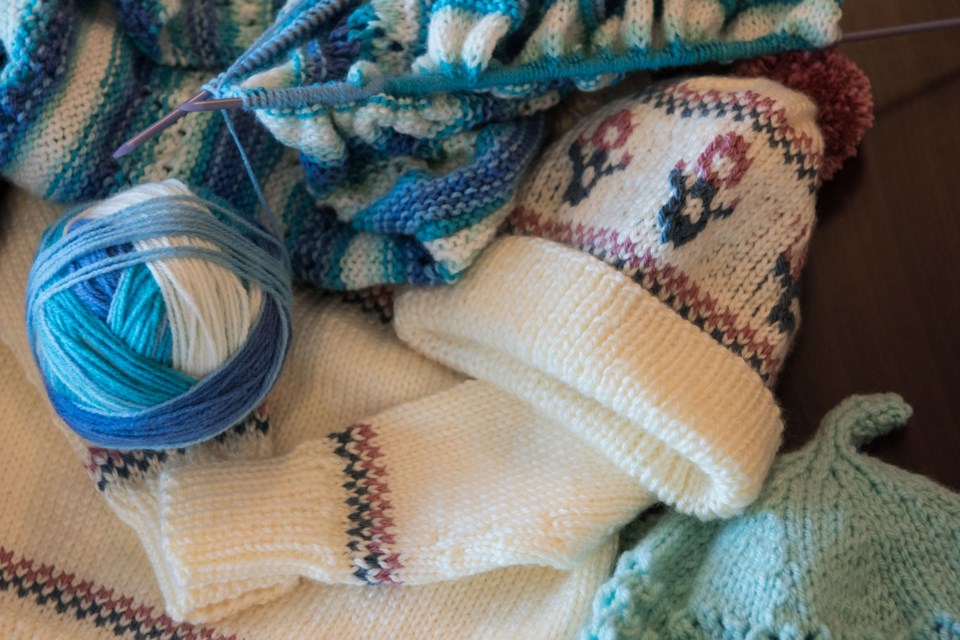 ​To showcase their efforts, each November, In Stitches puts on a display of what its members have created throughout the year. “We filled an area with displays of all the interesting pursuits and skills people had,” Mrs. Gaze shares. “Then, people could go see our review show to see performances by live performers.”

“Overall, we come up with quite a lot,” Mrs.Gaze said. “It’s like grains of sand - you gather together a few and you begin to develop a little mound which can help make a difference.”

It’s that sense of making an impact which fosters a vibrant community at Terraces On Seventh.

“I simply love it here. We are very fortunate, thoroughly spoiled, and extremely well looked after,” Mrs. Gaze raves. “There’s always something going on and it’s wonderful to be a part of it.

Visit terracesonseventh.com or contact 604-738-8380 for more information on the Terraces on Seventh community.