The Korea Tourism Organization has a series of engaging online tours to take Canadian travellers to Seoul’s most popular spots without even leaving your home! 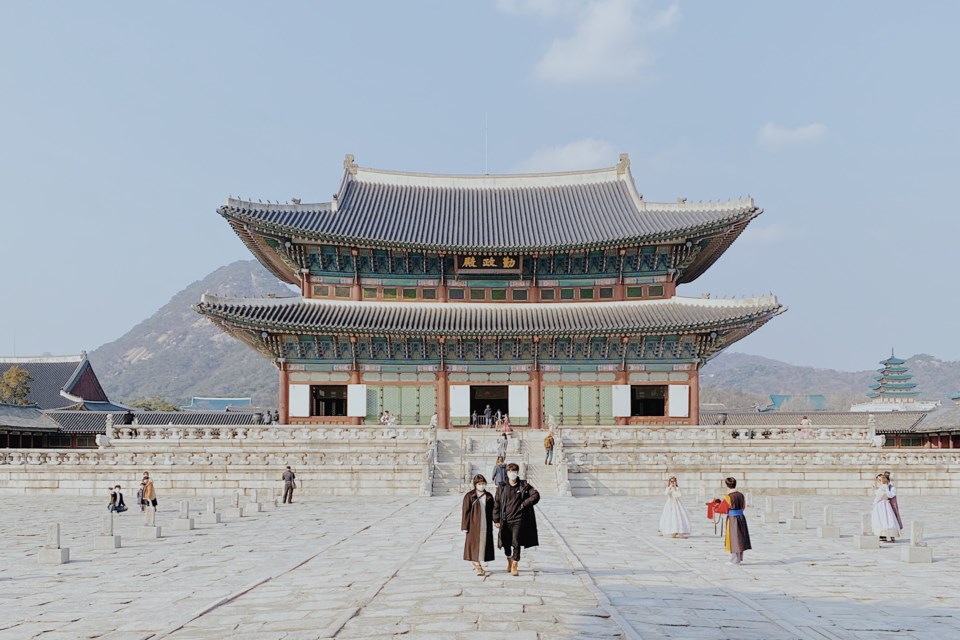 If you’re finding yourself wanting to hop on a plane and travel to a new country, here’s your chance!

To help cure your wanderlust, the Korea Tourism Organization has come up with some creative and fun ways to transport you to the top destinations on your Korea bucket list — right from the comfort and safety of your couch.

Their collection of online video tours for Canadian virtual travellers will make you feel like you’re in the middle of all of the action in the historically-rich and eclectic East Asian region.

So open up your laptop or your phone and gain first-class access into Seoul, the heart and soul of Korea.

The nation’s capital is the centre of Korean culture and economy — where the high-energy metropolis life of modern skyscrapers, high-tech subways, and street markets meets the traditional Buddhist temples and palaces.

To experience all that Seoul has to offer from over 8,000 km away, tune into these one-minute videos showcasing the capital’s many highlights. In fact, you may recognize many of these places as the filming sites for several Korean Netflix series!

Gyeongbokgung Palace — or the Northern Palace — is the largest of Seoul’s five grand palaces. Originally constructed in 1395, Gyeongbokgung served as the first and main royal palace of the Joseon Dynasty. This “Palace Greatly Blessed by Heaven” is a city within a city with its complex of buildings accented by gorgeous gardens and pavilions.

Right by the palace, Bukchon Hanok Village is home to hundreds of traditional Korean houses. On any given day, village-goers are bound to see people walking around the village dressed in colourful Hanboks, the traditional Korean attire.

Changdeokgung Palace — also known as the Eastern Palace — is the longest-serving royal residential palace in Seoul. The palace is the only of the five grand palaces that is a designated UNESCO site. Fun fact: Changdeokgung is also where the Netflix series Kingdom was shot!

Nearby is the National Museum of Korea — the country’s largest museum of Korean art and artifacts. Visitors can spend countless hours browsing around the vast collection, which houses over 322,000 pieces detailing Korea’s rich history.

Founded by National Master Patriarch Yeonhoei in 794 during the Shilla Dynasty, the Buddhist temple of Bongeunsa provides a peaceful break from bustling city life outside.

To experience monastic daily life at the temple, people can sign up for the Templestay tour. During these tours, visitors can take part in traditional Buddhist customs and activities such as the Da-Seon tea ceremony, copying Sutras (Sagyeong), prayers, and meditation.

A glimpse into the lives of the modern-day people of Korea can be experienced through their thriving market culture.

Two of Seoul's most popular markets include Insadong and Tongin. At Insadong market, traditional vendors sell handmade goods such as artwork, ceramics, teapots, jewelry, and traditional masks — making for unique and treasured souvenirs and gifts. Over at Tongin market, visitors can exchange traditional-style coins to build their own lunch trays and try sampling traditional Korean cuisine.

For virtual travellers who wish to get as close as they can to a live travel experience, the Korea Tourism Organization is hosting a “Live Journey to Korea” on their Instagram page.

In this series of online live tours, a tour guide will take viewers on an informative and engaging walking tour, where they will see many of the highlights showcased in the videos above and see the streets of Seoul in real-time.

You can sign up for the next Live Journey to Korea events on November 12, 16, and 18 on Instagram @ktocanada.