The Science of Ripley’s Believe It or Not! Is Bringing Curiosity Back to Vancouver

After seeing a portrait of a tongue-out Albert Einstein made up of 440 pieces of toast, you’ll see that avocado isn’t the strangest thing to appear on bread! Photo: The Science of Ripley’s Believe It or Not! presented by Save-On-Foods Growing up, we
0

After seeing a portrait of a tongue-out Albert Einstein made up of 440 pieces of toast, you’ll see that avocado isn’t the strangest thing to appear on bread! 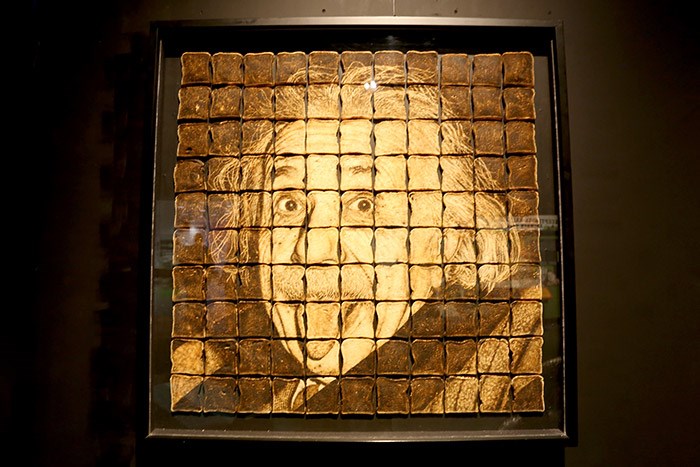 Growing up, we all had a copy of Ripley’s Believe It or Not! on our shelves, we listened to the always-entertaining radio show and we visited one of his famous exhibits on a road trip with the family. Now, Vancouverites have the opportunity to experience this beloved franchise all over again.

From January 25 to April 22, Science World will be home to The Science of Ripley's Believe It or Not! during its stop in Vancouver, as part of its North American tour. Curated from the curiosities that the enigmatic Mr. Ripley collected throughout his travels, the exhibition consists of some of the most amazing things that have ever existed – but that’s only at first glance.

Exploring different zones of the exhibition, you’ll come to understand the science behind peculiarities like the two-headed calf and leave with a renewed sense of appreciation and wonder at things that at first appeared to be strange. Here’s a glimpse of what you can discover during your visit.

In the Cultural Practices zone of the exhibition, learn about the scientifically proven benefits of eating crickets, scorpions, and other creepy crawlies that you may want to squish upon first glance. Order up a virtual bug dish to take part in some entomophagy, the practice of eating insects.

Blasts from the past 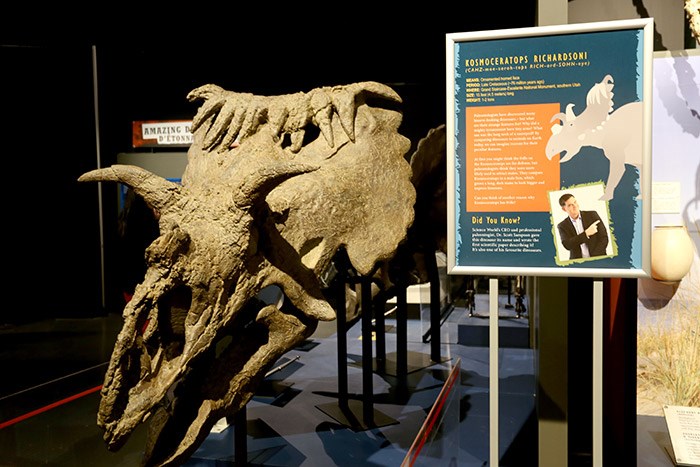 For more historic oddities, check out the Weird World, Past and Present zone. Learn what goes on behind the scenes, during the formation of giant mineral crystals, exploding lakes, and of course, dinosaurs, like the ferocious Allosaurus (whose name appropriately translates to the Ripley-approved term, “strange lizard”).

It goes without saying that dinosaurs were some of the most impressive beasts to ever roam the Earth. But what about our planet’s other, lesser-known organisms? In the Extreme Biology zone, it’s hard to miss the model of a Titanoboa sprawled out on the ground. Crawl through its body segments and find out why reptiles such as these giant snakes grew to over 40 feet in length, back in the day.

For a more hands-on experience, step into the Perceptions and Illusions section of the exhibition. This zone has multiple interactive stations that allow you to discover how your brain can be tricked into seeing double or seeing things that aren’t really there. In the end, you’ll walk out thinking your brain, not the illusion, is one of the strangest things on this planet. 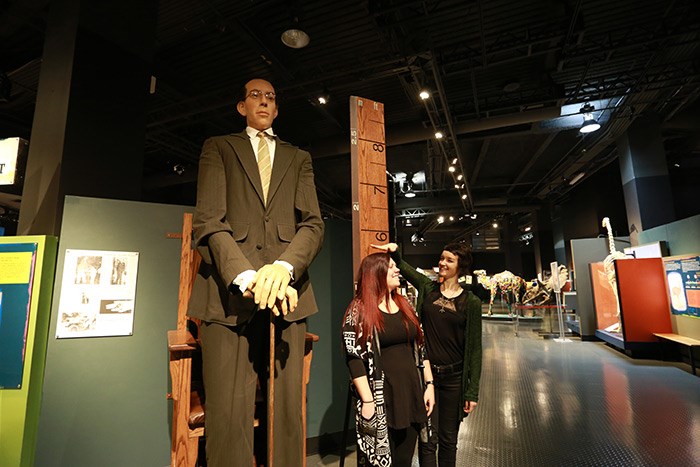 He may not have been dinosaur-sized, but Robert Wadlow was the tallest man in history – he grew to almost nine feet tall. A life-sized robotic lookalike of Wadlow is now part of Mr. Ripley’s Extreme Biology zone that looks at genetics. Come by to say hello or snap a selfie with him (and be sure to tag #SWRipleys).

On the other side of the size spectrum are Willard Wigan’s whimsical miniature sculptures. Discover how Wigan creates these tiny wonders, which are so small that they fit on the head of a pin or in the eye of a needle. It requires such intricate work that he has to slow down his heartrate and breath and create between heartbeats. You have to see it to believe it!

Open up your mind and your world and catch The Science of Ripley's Believe It or Not!, happening until April 22 at Science World. After walking through the exhibition, you’ll leave with a better understanding of and appreciation for all things great and small.