Make a splash at this iconic B.C. waterpark located just 1hr from Vancouver 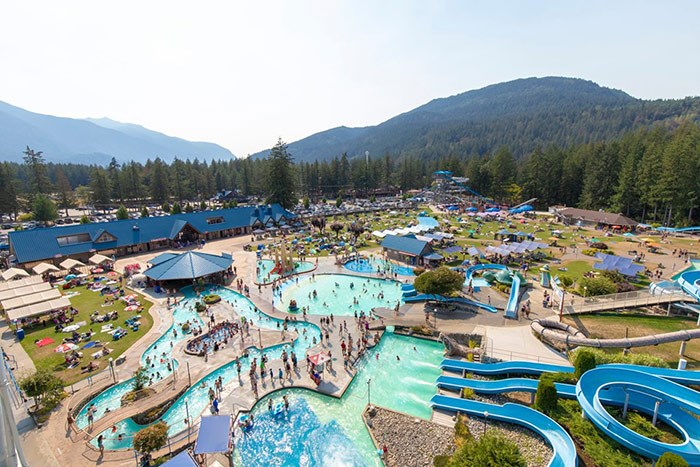 Cultus Lake Waterpark has been building upon its reputation the “biggest and best” waterpark in B.C. for 35 years. Originally opened in 1984, the nostalgic summer destination is home to the Colossal Canyon, known as the largest waterslide in Western Canada.

To celebrate the 35th anniversary of the park, we’ve partnered with Cultus Lake to share why 2019 is the must-visit year for this iconic summertime day-trip. Grab your bathing suit, it’s time to make a splash. 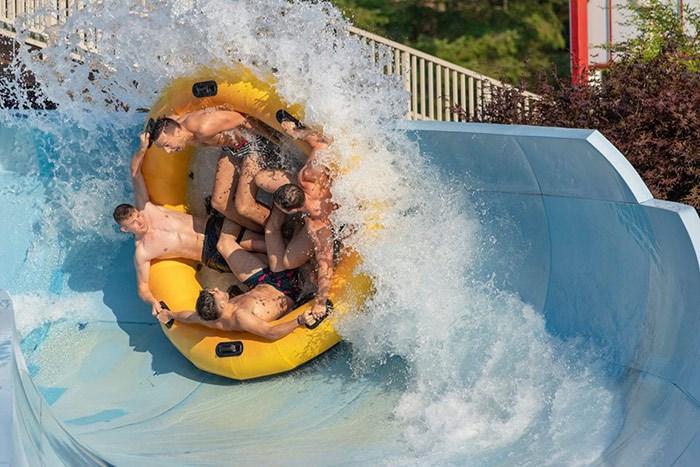 With over 18 slides, 5 hot tubs, a lazy river and 5 food outlets, Cultus Lake Waterpark has certainly earned its reputation as B.C.’s favourite waterpark. Waterslides and attractions range from crazy and adventurous to straight-up relaxing.

The Colossal Canyon is a family-friendly river raft that speeds through the edge of an existing forest trees at top speeds of 40 km an hour! The state of the art water attraction starts at an elevation of 75 ft, twisting and turning for a total of 830ft, making it the largest waterslide in Western Canada! 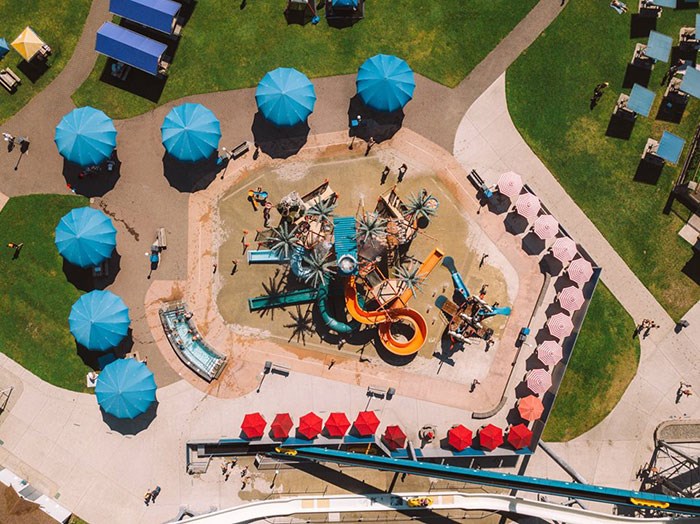 Every year Cultus Lake Waterpark brings something new to the table. Recently they introduced The Rattler; the longest, fastest and newest black hole waterslide in B.C. Last year, Cultus has revamped their family water play zone adding a giant Sandcastle and Kiddie slides set in a very shallow wading pool with spraying features.

The park has also introduced state-of-the-art 20 station spray park and a nearby family hot tub, so parents can sit comfortably and keep an eye on their kids on cooler days. In addition to waterslides there’s new food items and amenities to check out every season. In an effort to reduce waste, Cultus has also introduced limited edition refillable souvenir cups as part of their 35h anniversary celebration!

This season, Cultus is offering a coupon on the back of every Waterpark ticket, offering a weekday all day ride wristband  at the neighbouring Adventure Park for $15, that’s a savings of up to $14 per person! Another opportunity to enjoy the rides, attractions and fun that Cultus Lake has been cultivating since 1984.

You never need to worry about arriving at Cultus Lake Waterpark and having your dreams dashed by poor weather. With over 150 free to use covered picnic tables, grassy areas, 5 steaming hot tubs and the most refreshing waterslides in the province, Cultus Lake is a fantastic option rain or shine, hot or cold. Best of all, poor weather means fewer crowds, so enjoy having the park to yourself!

You can get your coffee and food fix for dine-in and takeout from this local specialty roaster!
Jun 4, 2020 10:56 AM

These life-changing courses can help you further your education and expand your future
Jun 3, 2020 10:30 AM