The 39th annual Vancouver International Film Festival is returning this season with a new online-focused format to connect virtual audiences to VIFF’s film programming wherever they are in B.C.

The city’s largest annual celebration of film is right around the corner, and in this momentous year, film lovers can travel the globe through viewing world cinema from the comfort and safety of their living rooms.

From September 24 to October 7, the 39th edition of the acclaimed and anticipated Vancouver International Film Festival (VIFF) will be moving primarily online for an all-new digital experience.

For 2020, VIFF is bringing their curated programming of over 100 feature films and special events online with the festival’s exclusive streaming platform, VIFF Connect. For the first time, audiences across B.C. will have virtual access to discover and engage with the festival’s vibrant blend of exciting, groundbreaking, and provocative cinema, and viewers from all corners of the world can tune into talks with the film industry’s most innovative creators.

This year’s 14-day film festival will include a line-up of adventurous, boundary-pushing, and inspiring features, documentaries, and shorts representing work from over 45 countries, including numerous Canadian, North American, and World premieres.

Other Canadian films premiering at VIFF include Brother, I Cry, Chained, Events Transpiring Before, During and After a High School Basketball Game, Flowers of the Field, and The Magnitude of All Things.

The representation of diverse perspectives is another main focus for VIFF 2020. Of the 24 Canadian feature films at the festival, 14 are helmed by female creators and 11 by BIPOC filmmakers — including works by Indigenous directors.

Other VIFF programming streams include: 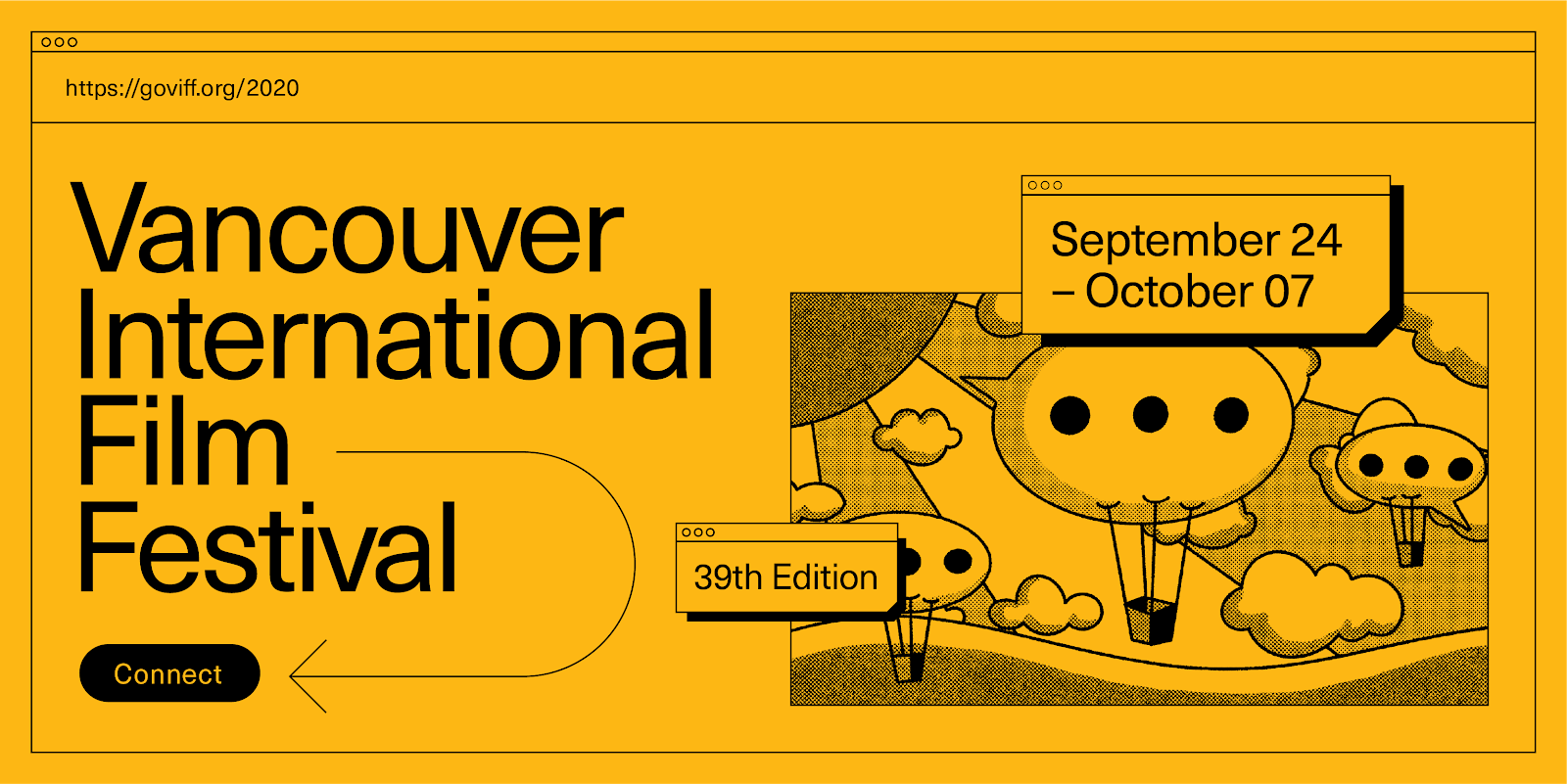 Creator Talks will connect VIFF audiences with film industry professionals for dialogues on their approaches and perspectives in this new era in the art of filmmaking. Guests will include the likes of Charlie Kaufman, writer and director of Netflix’s I’m Thinking of Ending Things, the director and cinematographer of Watchmen, and showrunners from The Handmaid’s Tale and Tales from the Loop.

VIFF’s conferences will also carry on virtually. Returning this year are VIFF AMP, exploring the essential role of music in film, TOTALLY INDIE DAY, a special event for emerging filmmakers and independent creators, and VIFF IMMERSED, an exhibition that takes a deep dive into XR storytelling.

After months of major renovations, the VIFF Centre will be re-opening its doors on September 24. To showcase the new 41-seat Studio Theatre, redesigned atrium, and other transformations within the $2.8 million dollar space, the festival will be hosting a limited in-cinema program for select film presentations — including Karen Lam’s The Curse of Willow Song, Francis Lee's Ammonite, and Viggo Mortensen's directorial debut Falling.

The independent cinema, along with venue partner The Cinematheque, will operate their select in-person screenings in compliance with COVID-19 capacity restrictions and the latest provincial health and safety regulations.

VIFF Connect subscriptions — priced at $60 for general admission and $30 for students — will provide access to the festival’s entire online film and talks program. Screenings will be available to stream online from noon on September 24 through to midnight on October 7, giving viewers plenty of time to plan out their festival viewing schedule.

Access to VIFF’s special events and conferences — such as VIFF AMP and Totally Indie Day — and in-cinema screenings are ticketed separately.

"This year’s festival aims to remind us of a world of possibilities," says Kyle Fostner, Interim Executive Director of VIFF, "and hopefully for a moment, transport us somewhere we’ve never been.”

For tickets, subscriptions, and the entire VIFF schedule, visit viff.org.