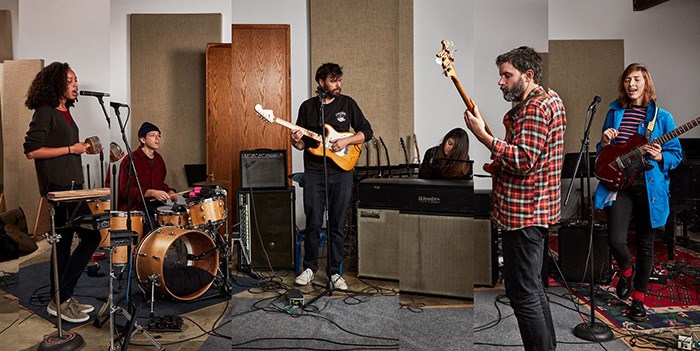 What you may not know is that the festival’s welcomes hundreds of acts that fall outside the confines of traditional “jazz”.

This year’s Vogue Series boasts an eclectic line-up of daring musicians ranging from indie darlings to no-holds-barred New York salsa. Taking place at one of Vancouver’s most historic and iconic venues, this year’s Vogue Series is an absolute must for anyone yearning to discover something bold, fresh and spectacular.

The 13-piece all-star powerhouse Spanish Harlem Orchestra shows why they’re “the leading light of the salsa reconstruction movement” (Newsday) by doing what they do best: hard-hitting, high-energy, salsa! The true voice of the barrio, SHO brings the heat with fresh, intricate arrangements and pulsating rhythms steeped in the authentic salsa dura (“hard salsa”) tradition.

St. Paul and the Broken Bones - June 27 at the Vogue Theatre

Even if you haven't heard of Jerry Douglas, you've probably still heard him. As a sought after session player who has backed the likes of Mumford & Sons and Paul Simon, Jerry is an outright virtuoso. The 14-time Grammy Award winner has absorbed and transcended the conventions of bluegrass, country, jazz, blues, and rock. His bold new music is cinematic and stunningly detailed, hitting on an artful chamber Americana sound beyond the boundaries of anything he—or anyone else—has done before.

In addition to this year’s Vogue Series, the TD Vancouver International Jazz Festival will feature 1800 artists, 10 days of music, 150 free shows, 35 indoor and outdoor venues and performances by legendary artists such as Robert Plant and Kamasi Washington.