Former Toronto Raptors star Kawhi Leonard will be back on a Canadian court tonight when his Los Angeles Clippers face the Dallas Mavericks in Vancouver.
0
Oct 17, 2019 1:42 PM By: The Canadian Press 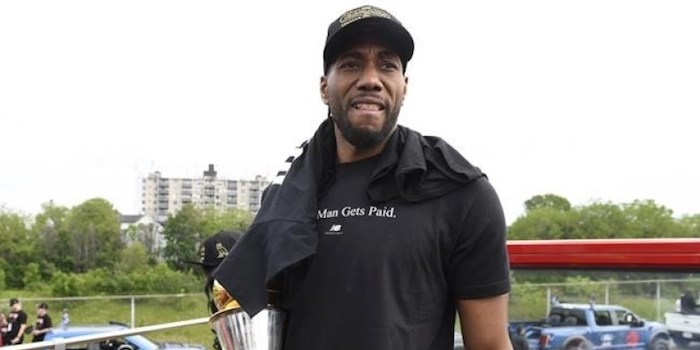 Kawhi Leonard’s new team, the Los Angeles Clippers, will be in town Oct. 17 for a preseason game against the Dallas Mavericks at Rogers Arena. Photo by Frank Gunn/Canadian Press

VANCOUVER — Former Toronto Raptors star Kawhi Leonard will be back on a Canadian court tonight when his Los Angeles Clippers face the Dallas Mavericks in Vancouver.

"I don't know how much, but he's definitely playing tonight," he said before L.A. hit the court for a pre-game shootaround.

Leonard led the Raptors to their first NBA championship last season, averaging 30.5 points per game in a playoff run which generated huge television ratings across Canada.

The 28-year-old opted to join his hometown Clippers in free agency, reportedly agreeing to a three-year, US$103-million contract.

The negotiation period attracted plenty of attention. One television network even used a helicopter to film a vehicle that reportedly had Leonard inside after he flew to Toronto to meet with the Raptors.

"They should be excited," the coach said. "He did something very special for this country. So that'll be a lot of fun for him, for sure."

Leonard is returning to the city where he took part in his first and only training camp with the Raptors last year.

This report by The Canadian press was first published Oct. 17, 2019.