Is this Metro Vancouver bus stop the WORST in North America?

Would you be brave enough to wait at this Vancouver bus stop? It’s located on the busy Lougheed Highway at Old Dewdney Trunk Road, Pitt Meadows, B.C., about 40km outside of Vancouver.
Elisia Seeber Sep 4, 2018 3:31 PM

Would you be brave enough to wait at this Vancouver bus stop?

It’s located on the busy Lougheed Highway at Old Dewdney Trunk Road, Pitt Meadows, B.C., about 40km outside of Vancouver. 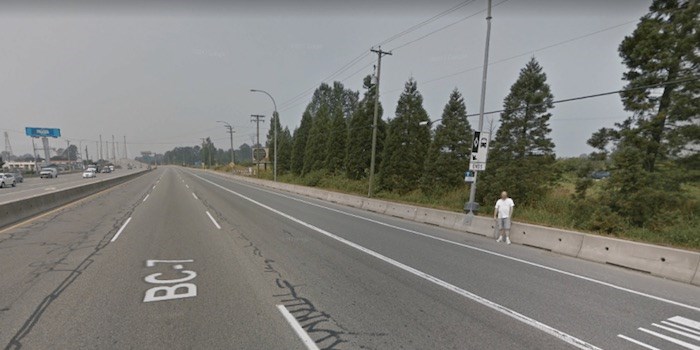 Basically,  you would have to stand on the highway – exposed to traffic, unless you wanted to jump the jersey barrier when the bus arrived.

It has been voted as one of worst bus stops in North America in Streetsblog USA’s annual Sorry Bus Stops contest, and it’s easy to see why.

The contest narrowed down dozens of public nominations of the “sorriest, most dangerous and neglected bus stops” to a list of 16. The public then voted and they’re now down to the top four.

The Pit Meadows bus stop was submitted by Jason Lee, who labelled it a “disaster waiting to happen" in his submission.

The busy highway is managed by the B.C. Ministry of Transportation. The Courier is awaiting a response on the issue.

The bus stop has been flagged with Translink as a safety issue.

Horgan says B.C. will push back on feds over return to rule against passengers on enclosed car decks
Sep 10, 2020 9:15 AM