BC Ferries would prefer to build its vessels locally, but in order to keep fares affordable it has little choice but to use foreign shipyards, according to chief executive Mark Collins.
Mar 7, 2019 12:58 PM By: Andrew Duffy

BC Ferries would prefer to build its vessels locally, but in order to keep fares affordable it has little choice but to use foreign shipyards, according to chief executive Mark Collins.

During a 35-minute address to the Greater Victoria Chamber of Commerce, in which Collins laid out how the corporation tries to weave its values into its day-to-day operations, he emphasized that affordability governs much of what they do. 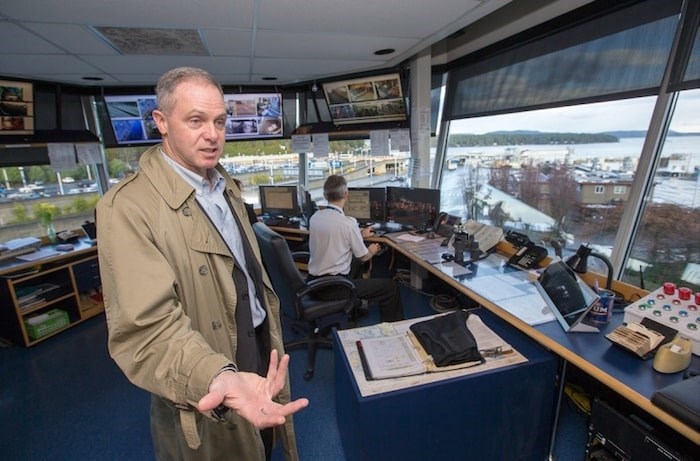 “In the next six years, we will probably place contracts for $1 billion for new ships. We would love nothing more than to build these ships here. We have said that for years,” Collins said.

“The problem is, it is very expensive to build locally. If we are going to pay 30 to 50 per cent more per ship just to build them locally, what’s the payback?

Collins said he is faced with ferry users saying they expect BC Ferries to make decisions that will keep fares as low as possible. He did point out that stripping vessels down and eliminating amenities on board is not an option when it comes to cutting costs.

“It’s exactly the opposite. Get rid of the amenities and fares will go up 25 per cent,” he said. “The frills pay the bills. That’s discretionary spending by travellers and every dollar we make out of that is a dollar we don’t have to make out of your fares.”

A recently released ferry services review called for the government to better support B.C.’s shipbuilding industry, and weigh the costs and benefits to the B.C. economy every time BC Ferries builds or retrofits a vessel overseas.

It noted that of 11 new vessels added to the fleet since 2003, only two were built in B.C. A consultant’s report argued BC Ferries plans to invest $1.2 billion to build 14 new vessels could translate into more than 4,900 jobs and a $1.7-billion impact on the B.C. economy if they were built here.

Collins said he’s heard the arguments, but asserts the decision on building in B.C. really isn’t up to Ferries, if they are expected to control costs.

“If we want to have specialized manufacturing processes here, the right conditions need to exist. [BC Ferries'] role is to create demand and we are a willing customer, what we need are willing sellers.”

When asked to weigh in on the issue, both Point Hope Shipyards and Seaspan declined to comment.

During his talk Wednesday, Collins addressed several of the points made in the review, including the recommendations Ferries have spare vessels and be more resilient and reduce greenhouse gases.

Collins pointed out the corporation’s $3.9-billion capital plan will help expand its capacity to deal with record-high traffic.

The plan will see B.C. Ferries renew 19 of the system’s 36 vessels over the next 14 years, while cutting down the number of vessel classes to increase standardization around the fleet.

Some routes will see a medium vessel replaced by two small vessels to improve resiliency, frequency and capacity and they will add a 12th vessel to the major routes. Currently, 11 major vessels are plying the waters between Vancouver Island and the mainland.

Collins pointed out the company is ahead of the game in terms of going green, as it will soon be employing two hybrid vessels and has spent more than $350 million over the past five years on clean technology.

“The fact is we’re putting our money where our mouth is,” he said.

He said the technology is not advanced enough yet for the entire fleet to go electric, as it would take about 1,100 megawatt hours to power the fleet’s 11 largest vessels for a day.

“Site C [will produce] 1,100 MW, that means every day I would need one hour of Site C just for me, that’s a lot of juice,” he said, adding it would also require millions to get electricity to the dock, and expensive, custom-designed technology to then get power to the ships.