As it loses $1 million a day, BC Ferries has few options 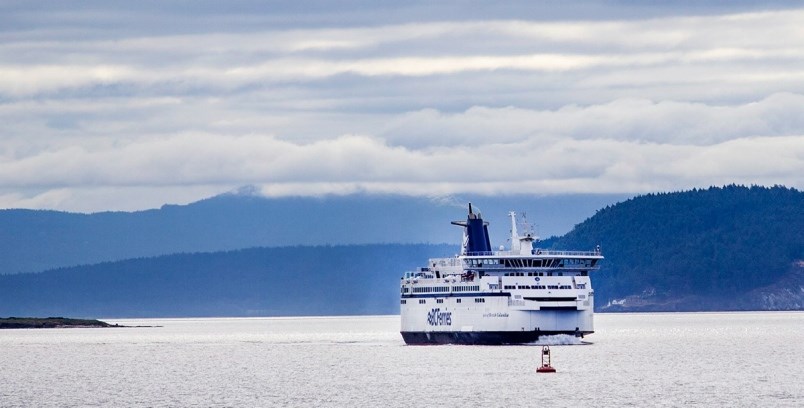 The BC Ferries vessel Spirit of British Columbia. Photo by Darren Stone/Times Colonist

BC Ferries is losing more than $1 million a day and is trying to negotiate a way around a sticking point that could prevent the company from being eligible for federal aid.

Qualifying for the Canada Emergency Wage Subsidy could mean millions in federal help for the company and employees affected by the drastic service curtailments brought on by plummeting ridership.

But one of the requirements is that corporations applying have to be taxable. Public bodies and Crown corporations can’t apply for the relief.

Although BC Ferries is not considered a Crown corporation, it is owned indirectly by the provincial government, and it was deemed exempt from corporate income tax in 2003 when the B.C. Liberal government redesigned the service.

That saved millions of dollars over the years. But the status has now turned into a potential roadblock that could cost millions more.

CEO Mark Collins said the company was quick to try to take advantage of the emergency program even as it was being written, and initially it looked promising.

But the tax-exempt status has emerged as an issue that could preclude the federal help.

In the meantime, the corporation is paying 75 per cent of the wages for about 600 furloughed regular employees, along with benefits.

“They stay at home because there is no work for them,” said Collins. “These are marine professionals — they are hard to find. So we want to keep these people close.”

Another 500 casual employees have been laid off. BC Ferry and Marine Workers Union is contesting the layoffs, saying it was blindsided by the cuts. The moves violate contract provisions about notice and options, it said.

That argument is scheduled to go to arbitration.

BC Ferries sails the coast under a fixed contract with the provincial government.

Both parties agreed to severely reduce the minimum service levels last month for a period of at least 60 days.

Service has been cut by about half, based on what was then a 70 per cent decline in fare revenues. It’s since dropped further.

Fully qualifying for the federal money would stem about a third of the losses the corporation is sustaining.

During the banking collapse of 2008-2009, BC Ferries’ traffic slumped by about five per cent over 12 months.

The one loophole that might be available is to win the designation of being a “prescribed” organization, basically qualifying by ministerial discretion courtesy of federal Finance Minister Bill Morneau.

The company hasn’t applied yet, as the program was only legislated into effect on the weekend. The preliminary negotiations continue.

Collins said: “If we don’t find some method or some means of government support … we’re on track to lose close to $300 million this year.”

Without some kind of support “that’s going to be radical surgery on the ferry system, because $300 million is just breathtaking.”

It’s more than the entire amount the province contributes to keep the system running.

Premier John Horgan on Monday said he has cited BC Ferries and TransLink’s equally dire crisis in talks with Prime Minister Justin Trudeau.

He said public-transportation entities need help as much as the airline industry, which got some fees waived last month.

“We are severely challenged right now. I’m not diminishing the province’s responsibility here, I’m just seeking to spread that responsibility to other partners. ”

Collins said BC Ferries can only sustain a few months of losses.

Transportation Minister Claire Trevena said she has stressed to Ottawa how essential ferries are to the coast, particularly in moving front-line workers to and from jobs.

The massive cuts earlier this month are having an impact, she said.

“The financial realities have changed so significantly and that’s something we’re all trying to come to grips with.”

The immediate goal is to work with BC Ferries to try for the wage subsidy.

It’s considered a temporary measure, but the crisis could last for some time.

Travel is currently restricted by health officials, but even if the limits are gradually eased, tourism is the big boost to ferry revenues and the outlook for that sector is pessimistic.

There are no good options ahead for the service.