This BC Ferries vessel could be yours for a mere $6,000 or so

Behold, the Queen of Burnaby. This 52-year-old vessel that was part of the BC Ferries fleet is up for auction, and the current high bid stands at $6,000.

The tenth ferry built for BC Ferries, the Queen of Burnaby began its service making runs between Departure Bay and Horseshoe Bay. Just a few years after its launch, the vessel had platform decks installed on her vehicle decks, and in 1972 she was cut in half in order to extend capacity. That's when other amenities were added on, too.

Still following? This gal has been around, right? In 2000, BC Ferries bought her back, and since 2001, the Queen of Burnaby had her old name and new route, working between Powell River and Comox.

But the QoB is being replaced, and she's been "layed up" at a maintenance facility in Richmond.

The QoB is not fit for sailing--and "can only be considered for recycling / scrap or in a static application," according to the auction site. The winning bidder will have to obtain a towing certificate, haul the QoB out of Richmond, and if they aren't going to use her for a "static application" they'll have to prove they are pursuing an eco-friendly method of breaking up the boat. 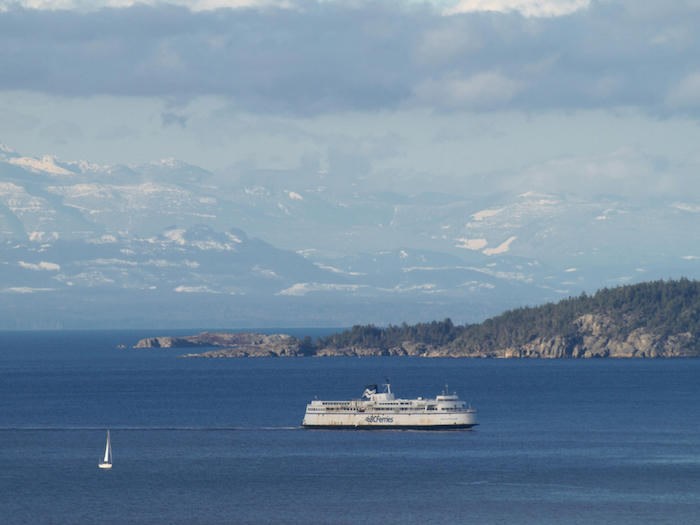 Oh, and a few other issues:

2. Vessel has hazardous materials from new build and operations that must be managed in accordance with environmental regulations, known materials include: asbestos, diesel fuel, petroleum based lubricants, wiring and insulation products, paints, refrigerants, and other chemicals for proper operation.

PS: "Two (2) of the Three (3) generators have been removed for other fleet requirements."

So basically, the Queen of Burnaby is available as-is. But for around $6000, and with some creativity, someone could feasibly do something interesting with this retired BC Ferries boat.