BC Ferries service from Horseshoe Bay to Nanaimo resumes in June

But the ferry company doesn’t have a target date for adding cut sailings back to the Langdale-Horseshoe Bay route
May 22, 2020 1:36 PM By: Sean Eckford 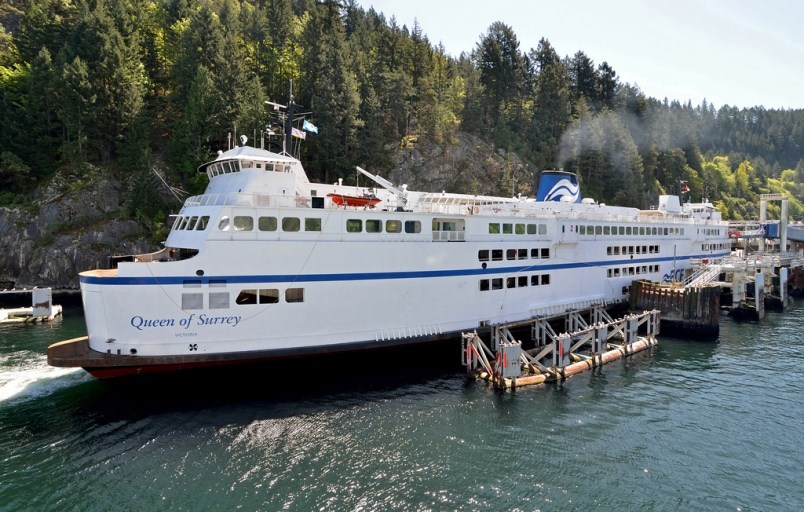 The Queen of Surrey. File photo

BC Ferries will resume service with a reduced schedule on the Horseshoe Bay-Departure Bay route June 3, but the ferry company doesn’t have a target date for adding cut sailings back to the Langdale-Horseshoe Bay route.

As well as reduced schedules, BC Ferries is still running with a Transport Canada-imposed cap on passengers at 50 per cent of maximum capacity.

While traffic numbers remain well below normal, a modest version of the typical seasonal increase in demand is starting to show.

Between Thursday and Sunday of the Victoria Day long weekend, there were 7,649 passengers carried on the Langdale route, nearly double the number on the Easter long weekend in April.

BC Ferries cut sailings between Langdale and Horseshoe Bay to just six round-trips per day on April 3, but said at the time it would “monitor service levels in conjunction with the province to ensure essential service levels are maintained and to determine when services should resume to normal levels.”

Deborah Marshall of BC Ferries said the company is “committed to ensuring that coastal communities have reliable access” and is working on plans to “reintroduce service gradually.