A Victoria transportation company says it’s prepared to provide a shuttle for walk-on ferry passengers from Tsawwassen to Bridgeport Station if the labour dispute escalates between unionized workers and the Coast Mountain Bus Company in Vancouver.
0
Nov 1, 2019 2:04 PM By: Andrew Duffy 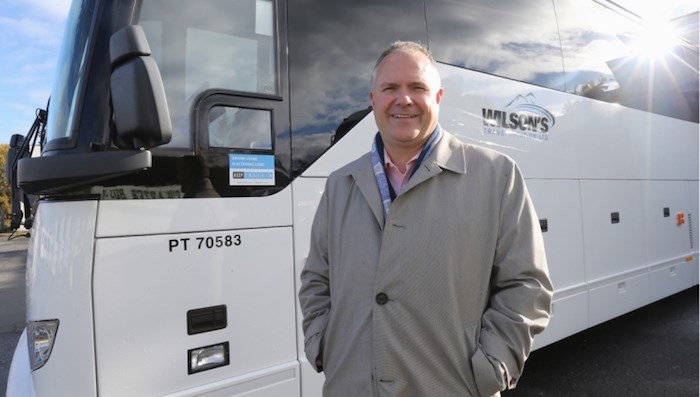 A Victoria transportation company says it’s prepared to provide a shuttle for walk-on ferry passengers from Tsawwassen to Bridgeport Station if the labour dispute escalates between unionized workers and the Coast Mountain Bus Company in Vancouver.

Wilson’s Transportation, which has made clear it will not cross picket lines, says it’s on call if service to and from the Tsawwassen ferry terminal is disrupted.

John Wilson, president of Wilson’s, said the company has two 56-seat highway coaches on standby to move passengers to and from the ferry terminal.

“It won’t be $3-a-head like on transit, it will be $10 per person, but it will cover the needs of people who have no other choice,” said Wilson, who is waiting to hear from BC Ferries.

“They have a huge amount of walk-on, walk-off traffic and a lot use the transit system,” he said.

The shuttle would carry walk-on passengers to Bridgeport station in Richmond so they could take the Canada Line into downtown Vancouver, he said, in place of the current TransLink 620 route.

Spokeswoman Deborah Marshall said Thursday BC Ferries will be monitoring the labour situation closely, but as of Thursday evening, she expected no disruption of the regularly scheduled bus service to the Tsawwassen and Horseshoe Bay terminals.

While talks between the union representing about 5,000 transit workers and the Coast Mountain Bus Company broke off Thursday with no deal in place, strike action today was to include a ban on overtime and workers would not be wearing uniforms.

“For the thousands of our customers who travel with us as foot passengers, we are looking at options with transportation providers in the event there is a service interruption,” Marshall said. “We are exploring contingency plans with buses and taxis if the public bus service to and from Tsawwassen is affected.”