Intersection at East First and Victoria to close for five days

The intersection at East First Avenue and Victoria Drive will be closed from Aug. 11 to Aug. 15 as part of FortisBC’s ongoing work to replace a gas line.
0
Aug 3, 2018 3:31 PM By: Vancouver Courier

The intersection at East First Avenue and Victoria Drive will be closed from Aug. 11 to Aug. 15 as part of FortisBC’s ongoing work to replace a gas line.

The closure will include the blocks of Victoria Drive between Graveley and East Second. 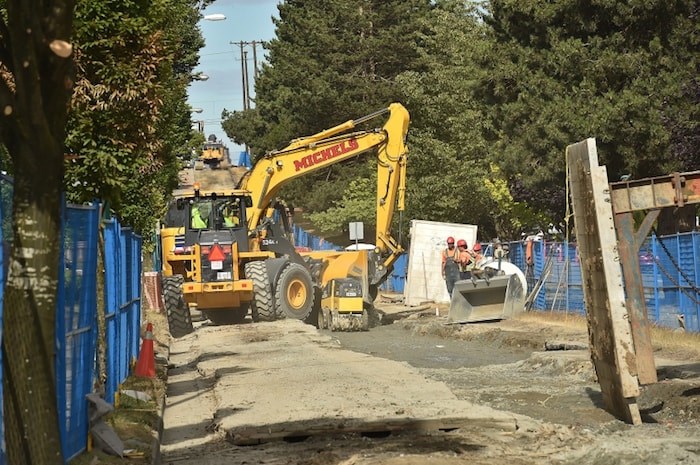 FortisBC’s work to replace a gasline continues this week with more closures. East First between Nanaimo and Clark Drive has been closed to traffic since July 3. The goal is to re-open the route by Aug. 31. Photo Dan Toulgoet

East First has been closed to traffic between Nanaimo Street and Clark Drive since July 3, although main arterials have been kept open.

FortisBC says the latest closure will help workers meet the goal of re-opening East First from Nanaimo to Clark Drive to traffic by Aug. 31.

Other major north-south routes such as Clark, Commercial, Nanaimo, Renfrew, Rupert and Boundary, will remain open.

Cyclists and pedestrians will still be able to cross East First at Victoria Drive, as well as use the existing detours, which include Lakewood.

Crews will be working extended hours, including possible overnight work to make sure the intersection can be re-opened Aug. 16.

FortisBC also has work planned next week on East First from Rupert to just west of Boundary Road.

It will begin Aug. 7 and last until early September.

Here’s what drivers need to know: