Go By Bike Week celebrates cycling for any reason 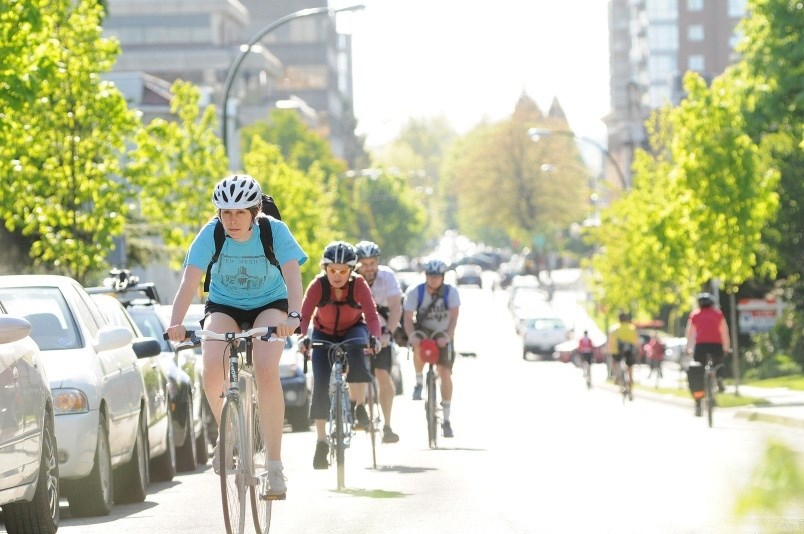 So many people are cycling as a way to get outside and stay healthy, HUB Cycling has renamed Bike to Work Week to Go By Bike Week.

And while the annual spring celebration of getting around on two wheels may be off to a soggy start, Rowena Farr, who manages the event for the cycling advocacy group, said recreational cycling has grown by 30% since the beginning of the COVID-19 panic.

“We are seeing a gradual trend of people turning or returning to cycling as one of their top modes of transport,” Farr said.

The public health crisis has meant other changes as well. Instead of the usual celebration stations at various locations that offer snacks, support and simple repairs to bike commuters heading to work, there are online yoga sessions, daily webinars with tips on cycling in the city, cycling culture, reallocating space in the urban environment to make cycling safer, as well as helpful videos on bike maintenance, buying a bike or e-bike and how to wear a helmet.

Farr said cycling isn’t just a means of active transportation, but also offers benefits for health, finances and mental well-being. Even British Columbia’s chief health officer, Dr. Bonnie Henry, has praised its benefits, and several cities in the province, like Vancouver and New Westminster, have closed roadways or parts of roads to cars so cyclists and pedestrians can feel safer getting around.

To log your own trips during Go By Bike Week, and be eligible for daily prizes like a hoody, eyewear and a Mobi pass, as well as learn more about the full series of virtual events during the week, go to btww.ca.