UBC researchers map out a hydrogen highway for B.C.

Can you imagine jumping in a car in Vancouver that produces zero harmful emissions and heading off completely secure in your ability to get wherever you need to go?
0
Sep 25, 2019 3:00 PM By: Andy Prest 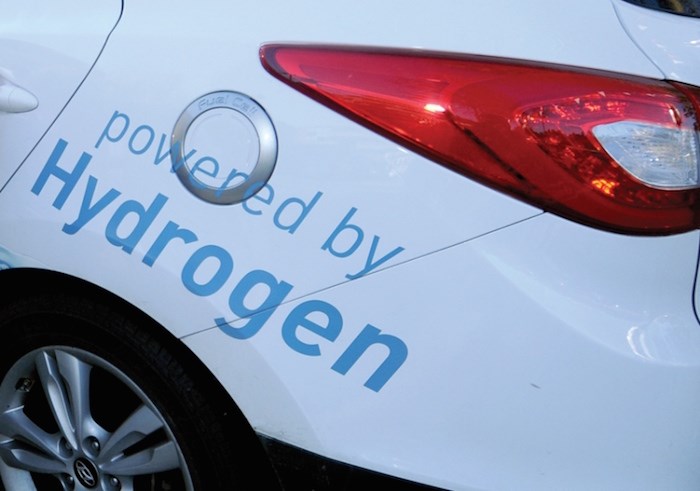 Can you imagine jumping in a car in Vancouver that produces zero harmful emissions – no exhaust spewing out the back, just fresh clean water – and heading off into the sunset completely secure in your ability to get wherever you need to go?

No fossil fuel to burn. No need to worry about finding a plug-in for a battery, or an eight-hour wait while it recharges. Just drive off to Kelowna or Kamloops or Prince George or Victoria, pollution free, and refuel in a matter of minutes whenever you need to.

That scenario is, at this point, most definitely just a dream. But there are some around the province, including a group at the University of British Columbia, for whom this is more than just an act of imagination. It’s becoming a reality.

Last week UBC researchers published a study in the International Journal of Hydrogen Energy in which they developed a “roadmap” for a hydrogen supply chain that would enable the adoption of hydrogen-powered cars throughout the most populous areas of British Columbia over the next 30 years.

Proponents of hydrogen cars – which combine hydrogen from a tank with oxygen from the atmosphere in a fuel cell to run electric motors – argue that this could be the transportation of the future, eliminating the harmful exhaust from internal combustion engines and removing the limitations on electric vehicles due to battery size and charging time.

“Hydrogen-powered vehicles are a strong alternative to battery electric vehicles, which don’t always comply with fast-refuelling, long-distance travel or cold weather requirements,” stated lead author Hoda Talebian, a PhD candidate in the department of mechanical engineering at UBC, in a media release. “We believe we have created the most comprehensive model for hydrogen adoption in a region like B.C., where demand is still low for these types of vehicles.”

The roadmap is meant to guide the province into a viable hydrogen future, Talebian told the North Shore News.

“This optimization model designed the least expensive hydrogen supply chain for British Columbia,” she said. “Basically this model finds the least expensive way to develop production plants, the transportation network, storage facilities and all the fuelling centres around B.C.”

The study recommends a refuelling infrastructure extending from Victoria and Vancouver to Kamloops and Kelowna and up to Prince George. This isn’t all theoretical either: one hydrogen refuelling station is already operational in Vancouver, with four more in the Lower Mainland and one in Victoria expected to be operational by 2020. That network of six initial refuelling stations includes one at the Westview 7-11 in North Vancouver which is already under construction.

Hydrogen cars are also now available – the Toyota Mirai, Hyundai Nexo and Honda Clarity all are in various stages of production and sales – although it’s not so easy for members of the B.C. public to get their hands on one just yet. Talebian estimates that there are still just a handful of hydrogen-powered cars cruising the street of British Columbia now. That, however, will almost certainly change in the near future. The B.C. government has mandated that by the year 2040, all new vehicles sold in the province must be zero emissions.

While demand for hydrogen fuel for vehicles remains low, refuelling stations can rely on a fairly simple process that produces hydrogen right at the station, said Talebian. As demand grows, other larger hydrogen production plants can be added to the supply chain.

“The difference between the gasoline supply chain and the hydrogen supply chain is you can also produce hydrogen on-site,” said Talebian. “We can have small electrolyzers in the refuelling station … we could basically depend on these small electolyzers, and then as the demand grows the central production plants could add to this network.”

The roadmap describes where the hydrogen will come from, how it will be stored and transported, and where the refuelling stations need to be.

“We can tell based on the demand in each municipality how many refuelling stations with what capacity, what type of hydrogen should come to these stations – gas or liquid or the station produces some hydrogen by itself or not – this is the type of information that we can get from this model.”

Other government policies such as the carbon tax and low carbon fuel standard are pushing the move to cleaner fuel sources, according to the UBC study.

“The momentum for hydrogen vehicles is growing, and B.C. is leading developments in Canada by providing supports like car sales rebates and incentives for building fuelling stations,” senior study author Walter Mérida, an engineering professor at UBC, stated in a media release.

“We do see a future where hydrogen can be economically competitive with gasoline, while significantly reducing greenhouse gas emissions. This study is part of a broad, multidisciplinary effort on the future of transportation. As the energy system becomes smart and decarbonized, hydrogen will become a critical bridge between renewable energy and transportation.”