Ride-sharing services continue to operate on the black market in Richmond, as the B.C. government announced it will not legalize them until at least the fall of 2019.
Aug 2, 2018 1:30 PM By: Daisy Xiong

Ride-sharing services continue to operate on the black market in Richmond, as the B.C. government announced it will not legalize them until at least the fall of 2019.

Although the NDP, prior to last year’s election, promised to have ride sharing services in place by the end of 2018, Transportation Minister Claire Trevena said recently the timeline has been put back almost a year. 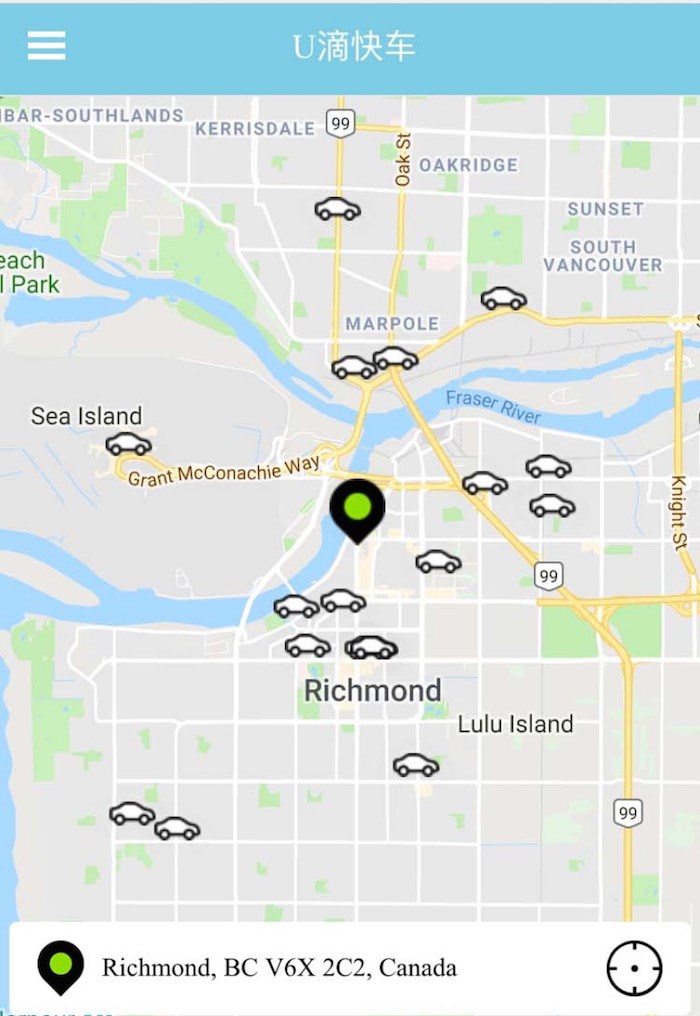 Multiple ride sharing services are continuing to offer their services illegally and, it seems, they are doing very well.

Instead, the province will increase the number of taxis in B.C. by 15 per cent, an increase of 500.

Despite the delay, multiple ride sharing services — that have been in operation in Richmond and the Lower Mainland for more than a year – are continuing to offer their services illegally and, it seems, they are doing very well.

According to the B.C. Ministry of Transportation and the BC Taxi Association, seven illegal car-sharing businesses are currently operating in Metro Vancouver, with at least five servicing Richmond, including GoKabu, which was verified by the ministry to be based in the city.

“We are aware that there are several companies...that have developed ride-sourcing apps, and have been busy recruiting drivers for hire and connecting passengers with these drivers,” a ministry spokesperson told the Richmond News via email.

In fact, in July alone, the ministry issued 36 violation tickets ($1,150 each) to drivers caught operating without a passenger transportation licence — 24 of which were issued to Richmond drivers.

Most of the apps operating in Richmond, such as Longmao, Udi Kuaiche, GoKabu and Racoon Go, are in the Chinese language.

Customers can order pick-up services through the company’s account on the Chinese messaging app Wechat or through their app in the Apple store, after a simple registration.

A News reporter tried to order a ride on one of the services and almost 20 cars in Richmond showed up on the map, with one driver accepting the order within a minute.

For a ride from Lansdowne Station to Steveston, prices range from $16 to $19, while a regular taxi costs around $23.

Meanwhile, those companies appear to be expanding their services.

Udi Kuaiche has expanded beyond their Chinese platform and, in April, launched an English app in the Apple store. Racoon Go also provides services, such as designated driving and food or item delivery.

In addition, Richmond businesses — perhaps recognizing the increasing popularity of the apps — advertise on some of the ride-hailing platforms.

The ministry warns both drivers and customers of the risk of using the unlicensed services.

“It is very important that people signing up as drivers for these companies understand they are assuming all the risk related to providing the...service,” said the ministry in a statement.

“Customers need to know that if they choose to get a ride through these apps, they are choosing to take a trip in a vehicle that has not been licenced to operate legally and safely in B.C.”