First Indigenous woman-owned airline in Canada launches out of YVR

Called Iskwew Air – which is a Cree word for “woman” – the airline plans to provide scheduled and charter service to remote communities across the province in an effort to boost accessibility and Indigenous tourism.
Mar 11, 2019 7:02 AM By: Alyse Kotyk

Called Iskwew Air – which is a Cree word for “woman” – the airline plans to provide scheduled and charter service to remote communities across the province in an effort to boost accessibility and Indigenous tourism. 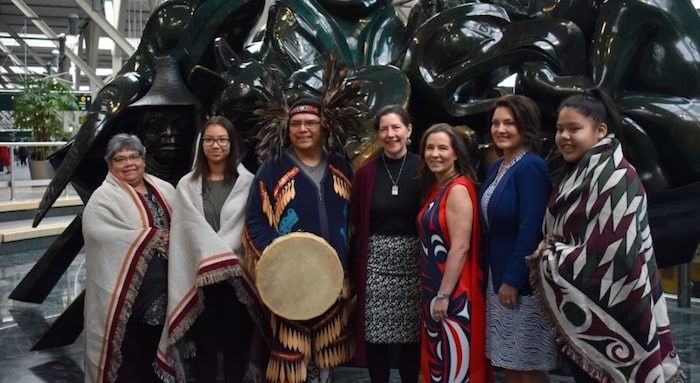 Iskwew Air’s CEO, Teara Fraser said the choice to use a word that means woman was a very intentional one.

“Iskwew Air is for everyone…we support and encourage and champion all women, all those identifying as women, but also all of those who are supporting women.”

According to Fraser, less than six per cent of pilots in Canada are women. Fraser herself is an experienced pilot and leader in B.C.’s aviation industry and hopes to provide mentorship to other female pilots.

“As a Metis woman, as a leader, as a mother, as a daughter, as a pilot, Iskwew Air is just one way that I can do better.”

Richmond Coun. Linda MacPhail attended the launch at YVR and said she was “so intrigued” by Iskwew Air.

“It’s not like any other airline that I’ve read about,” she said. “From a tourism point of view, their focus on nature and Indigenous tourism is fascinating. I think that’s really where the future is.”

While the airline only has one twin-engine aircraft so far, Iskwew Air will begin offering chartered services in the next few weeks and has partnered with Indigenous tourism operators to schedule joint tours.

For Fraser, intentionally harnessing the power of women and the Indigenous community will only benefit the aviation industry.

“Including and amplifying the diverse, important, talented and much-needed voices in aviation, we can see a future of innovation, of abundance and of economic prosperity,” she said.

“With this, I feel great hope that with continued strong leadership from our partners who are championing women, such as YVR, the aviation industry will be stronger, more diverse and more inclusive.”