Kater Technologies Inc. announced it has suspended operations of its own transportation services to shift focus to offering a ride-hailing model.
0
Dec 2, 2019 3:01 PM By: Tyler Orton 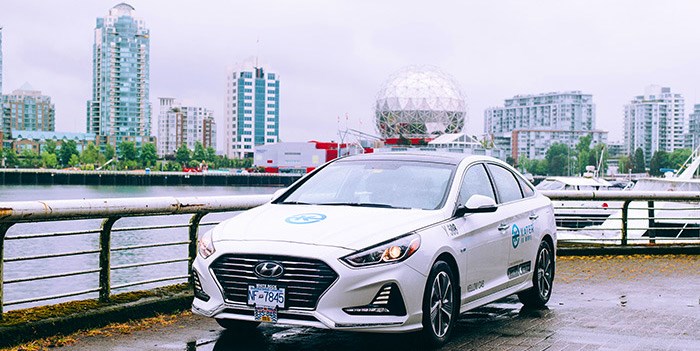 Using an app to request and pay for a ride is an almost mythical experience for British Columbians still awaiting the arrival of regulated ride-hailing.

It’s now become even harder to come by ahead of ride-hailing’s expected rollout after Kater Technologies Inc. announced it has suspended operations of its own transportation services.

The Vancouver-based company began offering rides in the spring after striking a deal last year with the Vancouver Taxi Association (VTA) to secure taxi licences for Kater’s own fleet of vehicles.

The deal saw Kater paying out 20% of its profits to the VTA in return for taxi licences that would allow it to facilitate rides and payments via an app.

A statement posted to the company’s website said it has stopped operating its fleet of cars and has started the process of switching to “full-scale ride-hailing operations, launching in the very near future.”

The messaged signed off stating, “See you all in a few weeks’ time.”

Kater did not respond to questions from Business in Vancouver prior to publication.

But Kater CEO Scott Larson previously told BIV that once his company receives an operating licence — or Transportation Network Service (TNS) licence — it would be ready to offer services in Metro Vancouver within seven to 10 days.

While the B.C. government had said regulated ride-hailing would launch before the end of the year, those estimates were thrown a curveball in October.

That’s when the province’s Passenger Transportation Board (PTB) — the body charged with approving TNS licences — sent a letter to applicants warning that their applications could face processing delays of as much as 21 days owing to a judicial review launched by the VTA.

The VTA raised concerns that ride-hailing companies won’t initially face caps on the number of vehicles they can operate.

So far, no licences have been issued.

Combined with the aforementioned processing delay, it’s unclear whether regulated ride-hailing will hit B.C. roads by the end of the year.