Unlike Uber and Lyft, Kater intends to offer ride-hailing across B.C. 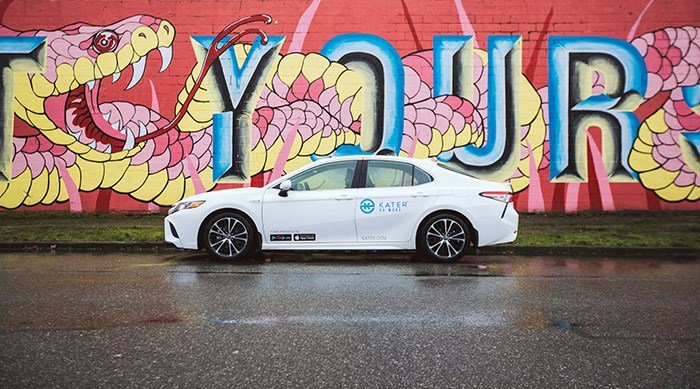 Kater confirmed Monday (September 9) it’s submitting an application to acquire a ride-hailing licence from the Passenger Transportation Board (PTB) and applying to operate in all five provincial regions outlined last month by the PTB.

Assuming its licence is approved, the company intends to initially offer services in Metro Vancouver, Victoria, Nanaimo and the Okanagan by the winter and then roll out across other parts of the province over the next year.

Uber Technologies Inc. (NYSE:UBER) and Lyft Inc. (Nasdaq:LYFT)have already made clear their initial plans to operate solely in Region 1, which consists of Metro Vancouver, the Fraser Valley and Squamish-Lillooet.

Other regions include the Capital Regional District, the rest of Vancouver Island, Okanagan-Kootenay/Boundary-Cariboo, and B.C. North Central, which includes the remaining areas of the province.

Instead of a province-wide operating licence, the PTB requires ride-hailing companies to apply to operate in any specific region in which they wish to offer services.

Kater itself has been offering rides to passengers in the Lower Mainland since the end of March after striking a deal last year with the Vancouver Taxi Association (VTA) to secure taxi licences for its own fleet of vehicles.

Unlike traditional ride-hailing services, Kater owns its own fleet of vehicles and hires its own drivers.

It currently uses a mobile app to facilitate rides for passengers, however, the company currently faces the same restrictions as taxi services, such as pricing.

PTB chairwoman Catharine Read confirmed last month that prices for ride-hailing services will face a minimum rate based on taxi flag rates within an operating area.

But ride-hailing operators in B.C. will be able to raises prices during peak periods as demand swells — also known as surge pricing.

Kater is proposing pricing that would not exceed 200% of current taxi rates to address concerns over surge pricing.

It also plans to offers drivers financial incentives to maintain services in the suburbs during peak hours.

And in another bid to reduce congestion downtown, the company says it will self-regulate its supply and allow no more than 2,000 cars on the road at any given time.

But Kater added it may change that plan if data shows a need for more vehicles.

The company said it would include 250 wheelchair-accessible vehicles in its network.

And in a release it estimated drivers would earn at least $25 for every hour they are “active on the Kater platform.”

While Uber and Lyft have raised concerns about operating outside Metro Vancouver, Larson said he’s confident the business model will work.

“We’ve built up a significant wealth of B.C. knowledge. Certainly some of the smaller markets will have things that will be unique to them,” he said, adding that longer trips in more sparsely populated regions won’t be any more complicated than shorter trips in urban areas.

“The business model can be profitable. There’s no question about it. The math does add up as long as you do things in a sensible way.”

The PTB opened its applications to ride-hailing companies on September 3.