Provincial licences for ride-hailing services are expected within the next two to three weeks, according to the head of Lyft Inc.’s B.C. operations.
Oct 24, 2019 2:38 PM By: Tyler Orton 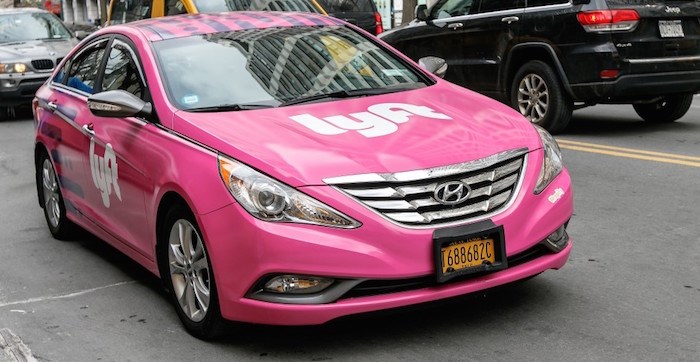 Lyft says they hope to be in operation in Metro Vancouver in November, but that it won’t be the same here as it is in other cities outside B.C. Lyft vehicle/Shuttertstock

Provincial licences for ride-hailing services are expected within the next two to three weeks, according to the head of Lyft Inc.’s B.C. operations.

But Peter Lukomskyj said the riding experience in Metro Vancouver might not quite match what British Columbians expect based on visits to other cities.

“We do want to temper expectations a little bit,” he told Business in Vancouver Thursday (October 24).

Lyft has been offering free training to drivers looking to get a Class 4 licence — a licence required by provincial regulations but one more difficult to obtain than the more ubiquitous Class 5 licence.

The company has so far facilitated Class 4 training for “hundreds and hundreds” of potential Lyft drivers but Lukomskyj said “we do anticipate having fewer drivers than we had hoped to launch with, so that may naturally restrict which regions we operate in.”

He said he could not reveal how many drivers will be available to to offer rides once all the approvals are made.

Also restricting the regions in which Lyft operates is the potential for a patchwork of municipal governments charging various fees to ride-hailing companies.

Earlier this month Vancouver city council approved a 30-cent pick-up and drop-off fee as well as a $100 per vehicle annual fee.

“It’s a [$100] fee that we don’t quite know what to do with,” Lukomskyj said, adding the per vehicle requirement means Lyft is equally on the hook for a full-time driver as well as one who uses the platform only once before quitting.

He described it as a “fleet fee” that doesn’t fit Lyft’s business model, as drivers provide their own vehicles.

And if a driver uses the same vehicle to offer rides for other services, such as Uber Technologies Inc. (NYSE: UBER) or B.C.-based Kater Technologies Inc., the city would still collect $100 from each company based on the single vehicle.

“Honestly, all those costs are going to be passed on to riders,” Lukomskyj said.

“If we have a fee that’s just too high out in one of the other municipalities, we may geo-fence around that municipality so that we can’t pick up there.”

While Lukomskyj expects Lyft to receive a licence from the Passenger Transportation Board in two to three weeks time, he said it was difficult to estimate when exactly ride-hailing services would hit the streets.

Lyft would still need to obtain business licences from municipalities — a prospect Lukomskyj said could take days in some cases and weeks in other cases.

Kater, meantime, struck a deal last year with the Vancouver Taxi Association to secure taxi licences for the firm’s own fleet of vehicles and allow passengers to hail rides through an app.

The B.C.-based company has been offering rides through this arrangement since the spring and has since submitted an application to the Passenger Transportation Board for a ride-hailing licence.

CEO Scott Larson told Business in Vancouver once a licence is secured he expects to Kater to offer traditional ride-hailing services within 7-10 days.

He, too, said he could not reveal how many drivers Kater expects to be ready to offer rides when ride-hailing services begin.

In an emailed statement attributed to van Hemmen, he said Uber is “actively working to begin operations in the weeks after we receive approval to operate from the Passenger Transportation Board.”

He also cautioned that the Class 4 requirement means riders may have to wait longer for rides compared with experiences in other cities.