The future of the aging Massey Tunnel and its infamous congestion comes down to six shortlisted options.
0
Oct 2, 2019 6:54 AM By: Richmond News 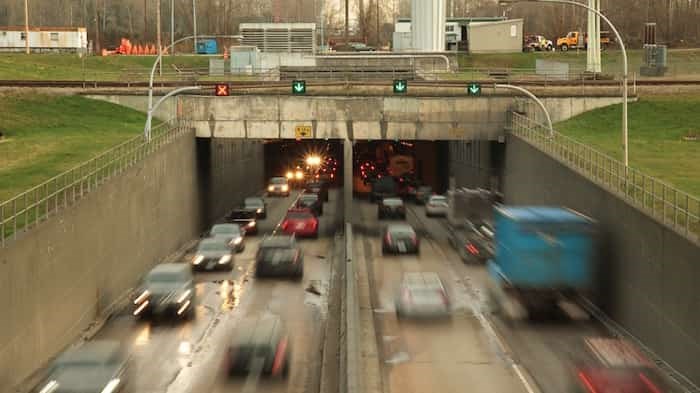 The future of the aging Massey Tunnel and its infamous congestion comes down to six shortlisted options.

On Wednesday, the task force made up of Metro Vancouver mayors will choose the preferred option out of the six available choices.

The previous B.C. Liberal government had planned to replace the tunnel with a 10-lane bridge, but that idea was scrapped by the current NDP government when they took over in 2017.

Several of the shortlisted options, compiled in a report released ahead of Wednesday’s meeting and compiled by provincial officials, would retain and incorporate the existing tunnel for either transit use or multi-use pathways.

According to the report, the existing tunnel has about 50 years “of serviceable life remaining,” but fails to meet current seismic standards for new or improved infrastructure.

Should any of the options that incorporate the existing tunnel be chosen, the Massey Tunnel would require ground densification to increase its seismic resistance “to withstand a one-in-475-year seismic event.” The cost for these upgrades, according to the report, would be “substantial.”

The deep-bored tunnel options are technically-challenging, and have been assessed by officials as “high risk,” according to the report. These options are also the most expensive.

It would also require one of the largest tunnel-boring machines in the world to bore seven kilometres to install two tunnels measuring 3.5 kilometres each. The tunnels would be 79 metres at the deepest point and extend beyond the current interchanges on each side of the river.

The report notes that, with a deep-bored tunnel, there would be no impacts to Deas Island Regional Park.

The immersed-tube options, while described as “moderately challenging,” would have the largest environmental impact during construction.

In this scenario, the approaches to the tunnel would require excavation on both sides of the river, according to the report, and the river bottom would need to be trenched to hold the tunnel. Ground densification for seismic resistance would also be required over the full length of the tunnel, including within the river.

There would, in an immersed tunnel scenario, be impacts to Deas Island Regional Park as the east and west portions of the park would be separated by the excavation for the Delta side of the approach.

The bridge options would require about three kilometres of bridge and approaches, according to the report. Foundations would be at least 80 metres deep and the bridge abutments would be on land.

Environmental assessment in the bridge scenario would be similar to the previously-proposed 10-lane bridge.

The task force will choose its preferred option on Wednesday, which would then be forwarded to Metro Vancouver’s finance committee and full board.

However, the task force won’t be endorsing a final solution until its November meeting.