TransLink has issued some guidelines for best practices for safely using Vancouver's trains and buses
May 28, 2020 7:42 AM By: Chris Campbell 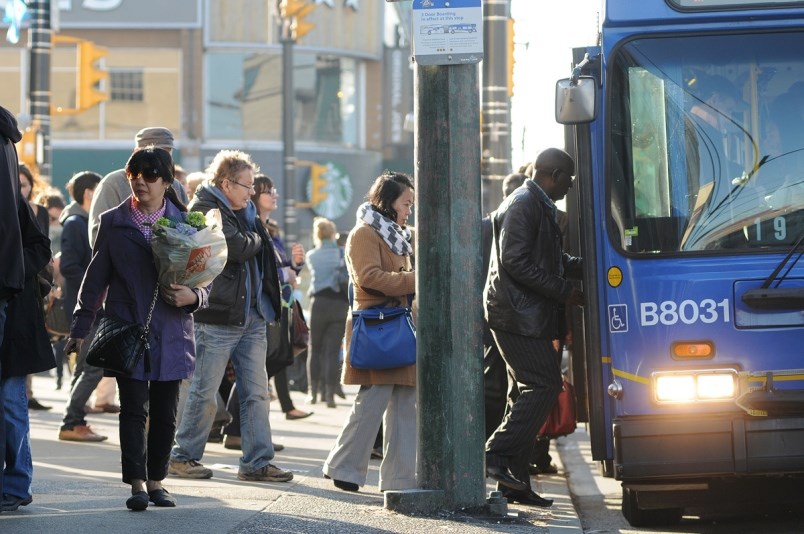 With demand for transit on the rise again in Metro Vancouver, TransLink is warning that riders shouldn’t expect physical distancing at all times.

On Monday, June 1, Coast Mountain Bus Company will resume fare collection and front-door boarding on buses throughout the region. Bus seating restrictions will also be “eased,” said TransLink in a news release, and buses will be able to accommodate approximately two-thirds capacity before being deemed full.

“The increase in passenger capacity on buses will allow CMBC to accommodate the growing number of customers who are returning to the transit system, in alignment with British Columbia’s Restart Plan,” says the news release. “CMBC has restored bus schedules to what they were before the COVID-19 pandemic to add as much capacity as possible. However, with bus ridership increasing by more than 30% over the past month, demand cannot be met with the current seating arrangements. These necessary steps are being taken following the installation of temporary plexiglass extension barriers or vinyl barriers on all buses to protect transit operators.”

As a result, “physical distancing will not always be possible on transit” and that’s why TransLink is encouraging customers to take the following steps to protect themselves and their fellow passengers: