Southern Vancouver Island railway could be back on track soon

The government wants assessments done on railway infrastructure throughout the Victoria-to-Courtenay line, as well as what’s required for upgrades to support higher freight limits and for the creation of a commuter rail service between Langford and Victoria.
0
Feb 20, 2019 10:52 AM By: Jeremy Hainsworth

Vancouver Island’s southern railroad could be back on track soon, as the provincial government is looking for a contractor to assess the rail lines, bridges and buildings as well as performing a seismic assessment of the 290-kilometre E&N Rail corridor, including the Port Alberni spur.

The government wants assessments done on railway infrastructure throughout the Victoria-to-Courtenay line, documents on the BC Bid contractor procurement site said. 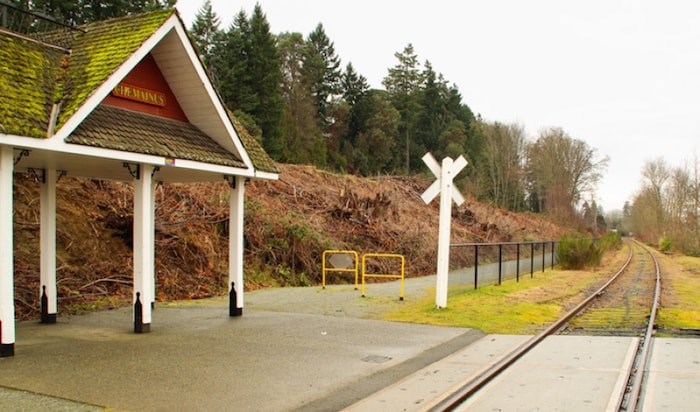 The Ministry of Transportation and Infrastructure also wants to know what’s required for upgrades to support higher freight limits and for the creation of a commuter rail service between Langford and Victoria.

“The Ministry of Transportation and Infrastructure is working hard to improve congestion on Vancouver Island,” the ministry said in a statement to Glacier Media. “In an effort to explore all potential solutions for traffic congestion, the ministry is undertaking an engineering assessment of the tracks along the E&N corridor.”

The ministry said passenger rail on Vancouver Island ended in 2011 and wants to ensure the route infrastructure is secure.

“Safety is our main priority,” the statement said. “This engineering assessment will look at the current condition of the entire corridor, from Victoria to Courtenay and onto Port Alberni, and will explore the costs needed to conduct imperative safety work and a complete seismic risk assessment."

The ministry estimates the assessment will take about six months.

The 13 mayors of the Capital Regional District, encompassing Victoria and surrounding communities, on Feb. 6 called on the government to take immediate action to get trains rolling “ between Langford and Victoria, and to commit to restore service to the entire corridor on Vancouver Island through a phased approach that honours the wishes of First Nations.

The work is in addition to work under the South Island Transportation Strategy announced in January. That work seeks to improve transportation network flows and includes transit, cycling, pedestrians, marine and ferry travel, rail and existing roads.

The ministry is also exploring potential emergency detour routes to be used in the event of a Malahat highway closure.