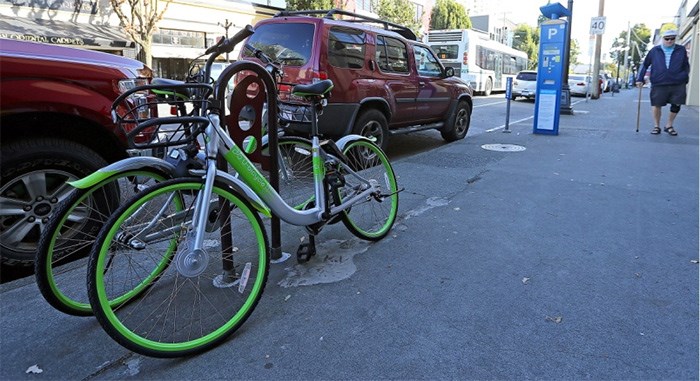 The company unleashed 160 bicycles, which are equipped with GPS and self-locking technology, to provide a new way to get around for residents and visitors.

U-bicycle has introduced a free mobile application called “Ubicycle” for iPhones and Android devices so people can track down a bicycle and unlock it. Users unlock bikes using the app, and pay $1 per 30-minute time block.

The bicycles don’t have dedicated racks. U-bicycle says its bikes can be parked in public areas wherever it’s legal to do so without impeding vehicle traffic or blocking pedestrians on sidewalks. Penalties may be charged for improperly parked bikes.

Helmets are attached to the bikes.