What to know before travelling to bushfire ravaged Australia

As devastating bushfires continue to rage across parts of Australia, those with travel plans are likely wondering if it is still safe to visit the Land Down Under.
0
Jan 7, 2020 7:16 PM By: Elisia Seeber 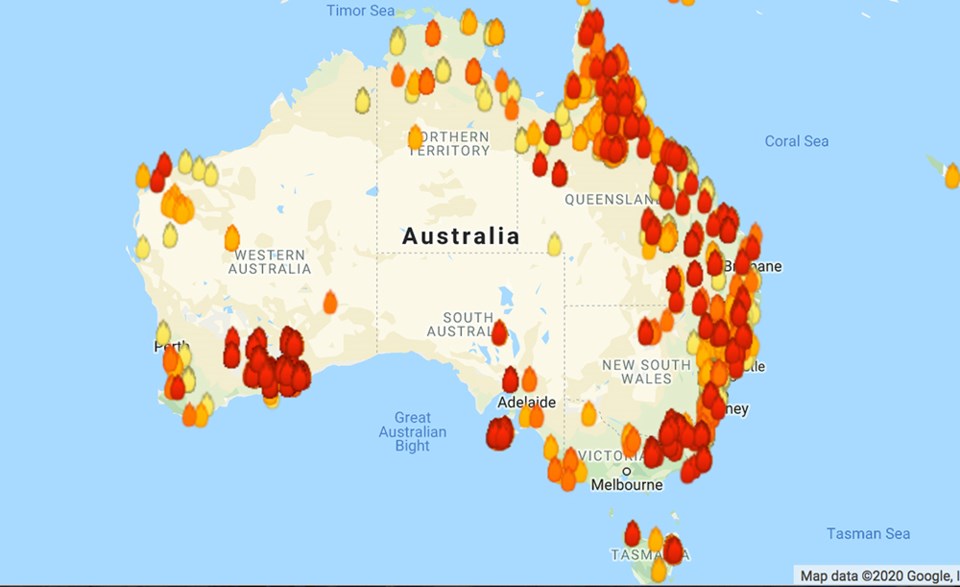 As devastating bushfires continue to rage across parts of Australia, those with travel plans are likely wondering if it is still safe to visit the Land Down Under.

Fires are burning in every Australian state, but some areas are currently in much worse shape than others. So, the short answer is, it depends where you’re going.

The Canadian Government updated its travel advice for Australia earlier this month, advising travellers to be aware of ‘catastrophic’ alert levels, the highest of the Fire Danger Rating system in Australia, which had been issued in some areas.

“As a result, local authorities have issued many evacuation orders and states of emergency,” the Government said in a statement.

“These fires have resulted in several casualties and air quality is affected in various regions throughout the country. This may have an impact on people suffering from respiratory ailments.”

On Jan. 3, Phillipa Harrison, managing director, Tourism Australia, said in a statement, “whilst bushfires continue to impact parts of Australia, many areas are unaffected and most tourism businesses are still open.”

“It is more important than ever that we rally around our communities and the tourism sector who may have been impacted,” she said in a statement.

Harrison encouraged all travellers planning a trip to Australia to seek the most up to date information prior to departure, and remain informed about changing conditions whilst on the ground.

What areas have been hit the hardest by bushfires?

Since September last year, bushfires have burnt more than 8.4m hectares of land across the country, close to 2000 homes have been destroyed and 23 people have died. The fires have also had a devastating impact on native wildlife, with Professor Chris Dickman, from the University of Sydney, estimating that 480 million animals have been killed since the bushfires began. 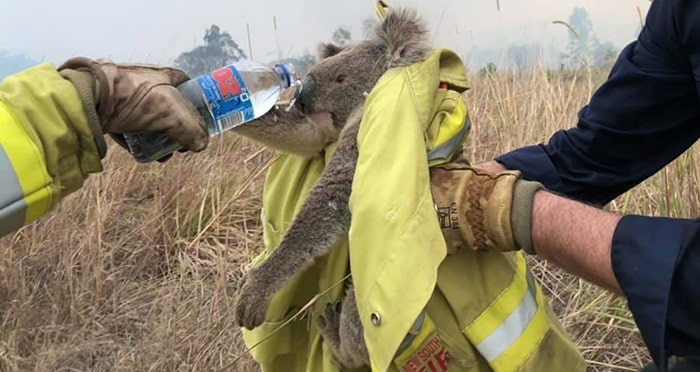 B.C. firefighters are in Australia to help battle the extreme wildfire season. (via Paul Sudmals /Facebook)

Up to 4.9m hectares of land has been burnt in NSW alone, according to figures by the NSW Rural Fire Service. On Jan. 7, 130 fires were still burning in the state.

So far this season 1,687 homes have destroyed & more than 21,000 buildings saved. Since 1 Jan, 771 homes lost. This figure is likely to increase. It will take time for teams to work through these areas due to limited access on isolated roads and villages. #nswrfs #nswfires pic.twitter.com/ieLh9UxtFT

In Victoria, up to 40 fires are still burning and an air quality advice is in place across the state, according to the Victorian Country Fire Authority on Jan. 7.

Both states have granted extraordinary powers and additional government resources to battle the fires.

Sydney, in NSW, and Melbourne, in Victoria, are still safe to travel to but are impacted by smoke. Melbourne currently has a “moderate” air quality rating, while Syndey's has been upgraded to "hazardous" according to the World Air Pollution - Real-time Air Quality Index.

The South Coast of NSW has been hit hard. The NSW Rural Fire Service declared a “Leave Zone” on Jan. 2 and ordered an evacuation for anyone in or near the coastal town of Shoalhaven.

“If you are holidaying on the South Coast, particularly the general area from Batemans Bay to the Victorian border, you need to leave before this Saturday,” the NSW Rural Fire Service said.

Leave Zone - Shoalhaven
Widespread extreme Fire Danger forecast for Shoalhaven Sat 4 Jan 2020. If you're holidaying in areas identified on the map, you need to leave before Saturday. Residents should be aware & prepare. For road closure info @LiveTrafficNSW #nswrfs #nswfires pic.twitter.com/rmDW7tZlnp

Heavy smoke from the bushfires burning on the South Coast of NSW is also impacting the Australian Capital Territory, which currently has a State of Alert in place. The ACT Fire and Rescue is advising the community to be prepared for changing conditions and to have Bushfire Survival plans in place.

“Our services are continuing to monitor the situation in the ACT and NSW and support crews across the border where we can. With bushfires currently in the surrounding region, it is important to follow the advice of emergency services and to keep up-to-date on changing conditions," ACT Fire and Rescue said.

Queensland — home to the Great Barrier Reef — was recently impacted by a series of severe bushfires, but currently has the situation under control and no longer has a State of Emergency in place. The air quality for the state’s capital city, Brisbane, is currently rated as “good" by AQI.

Our Fire and Rescue strike team remains deep in the Blue Mountains fire zone supporting our @NSWRFS colleagues on the front line. Firefighter Ross Nunn captured some of the crew’s ongoing work at Wentworth Falls. pic.twitter.com/3kuLl8zd7d

South Australia— known for its wine region— is also facing several fires and air quality in its capital, Adelaide, is currently rated as “moderate" by AQI. Those planning on a visit to Kangaroo Island, which lies off the coast of mainland S.A. are advised to check with travel agents and hotels before heading over, as the area has been devastated by a recent blaze.

In Western Australia, fire departments are currently tackling several fires, but according to Emergency WA they are under control. The State — known for its beautiful pristine beaches — is safe to travel to and the air quality for W.A., including the capital of Perth, is currently rated “good" by AQI.

THE NORTHERN TERRITORY AND TASMANIA

The Northern Territory — home to Kakadu National Park and Uluru — and Tasmania — home to the Tasmanian devil — are also facing a handful of fires, but overall both are safe to visit and air quality ratings are "good."

These conditions can change quickly, so it's best to stay up to date with fire conditions before travelling to each state.

Travellers are being told to follow the instructions of local emergency services personnel and monitor local media for up-to-date information on the situation while in Australia. Travellers should also stay up to date with flight information and check travel insurance. It's also best to confirm your flight's status before departure, as some cancellations have occurred due to poor visibility and hazardous conditions.

If you are heading to a destination with poor air-quality conditions you may want to wear a P2 rated mask. The masks can filter out hazardous microscopic particles from bushfire smoke.

If you are in or near an affected area the Canadian Government advises you:

• Be prepared to modify your travel arrangements or even evacuate the area on short notice.

• Comply with any evacuation order.

• Monitor local media to stay informed on the evolving situation.

• Contact your airline or tour operator to determine if the situation will disrupt your travel plans.

The Australian Government’s Bureau of Meteorology also provides overall weather updates for all parts of Australia, including the latest fire warnings: www.bom.gov.au.

You can also find out wear current fires are burning using the My Fire Watch website.

To stay up to date with fire conditions in each state:

Hot Deal: You can fly from Vancouver to Havana for only $309 CAD right now
Jan 22, 2020 4:58 PM
Comments
We welcome your feedback and encourage you to share your thoughts on this story. We ask that you be respectful of others and their points of view, refrain from personal attacks and stay on topic. To learn about our commenting policies and how we moderate, please read our Community Guidelines.