Dr. Theresa Tam says there is a danger ships could voyage to areas with confirmed or unknown cases of the novel coronavirus
Mar 9, 2020 12:06 PM By: Canadian Press 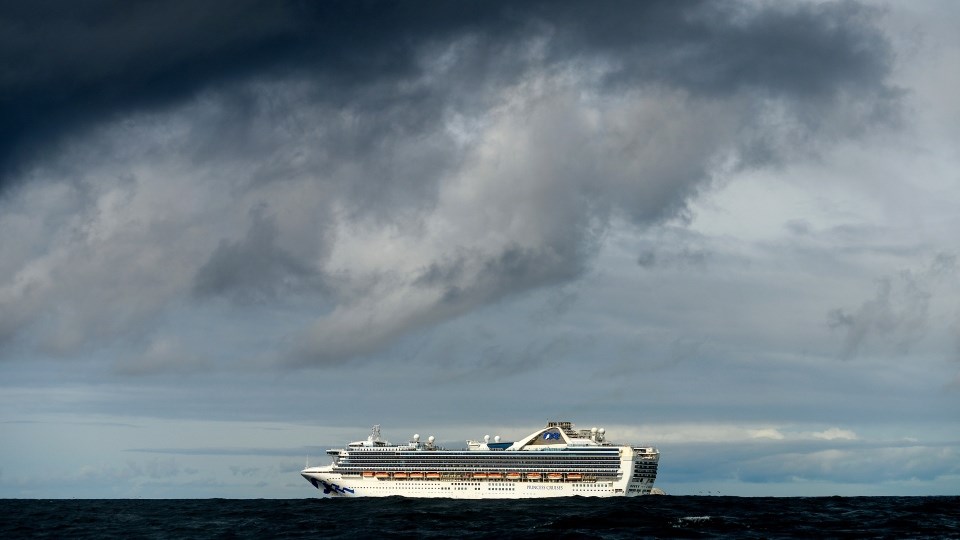 Carrying multiple people who have tested positive for COVID-19, the Grand Princess maintains a holding pattern about 30 miles off the coast of San Francisco, Sunday, March 8, 2020. The cruise ship is scheduled to dock at the Port of Oakland on Monday. (AP Photo/Noah Berger)

OTTAWA — Health officials are urging Canadians to avoid travelling on all cruise ships to protect against the spread of the novel coronavirus.

Chief public health officer Dr. Theresa Tam says there is a danger ships could voyage to areas with confirmed or unknown cases of the novel coronavirus.

The update comes as Canada prepares to repatriate 237 Canadians aboard a cruise ship that's expected to dock in California later Monday.

Global Affairs Canada announced late Sunday that it had chartered a plane to fly the Canadians aboard the Grand Princess to the air force base in Trenton, Ont.

There are six cases of COVID-19 in Canada linked to the previous voyage of the Grand Princess cruise ship.

Meanwhile, the federal government revealed it is asking premiers to identify any critical gaps in supplies or capacity to deal with the novel coronavirus, as Ontario heath officials announced three new cases of COVID-19 on Monday.

Deputy Prime Minister Chrystia Freeland wrote the provincial and territorial leaders asking them to inform the federal government of their state of readiness and any shortages they're facing ahead of Friday's first ministers meeting in Ottawa. The meeting will include discussions on the potential impact of the spreading virus on the country's health care system and its economy.

Freeland said the objective is to ensure a "whole-of-country effort" to be "as prepared as we can be" for the challenges ahead.

In her letter, she noted the federal government is already leading a bulk procurement of personal protective equipment.

The three new Ontario cases announced Monday brought the total in the province to 34.

One patient, a man in his 50s, recently travelled to Germany and the other two cases are a man in his 80s and a woman in her 70s who were recently in Iran, health officials said.

All of the patients were released into self-isolation.

Meanwhile, a cruise ship that's been floating off the coast of California for days amid coronavirus concerns was expected to dock in Oakland, setting the stage for Ottawa to bring the 237 Canadians aboard the Grand Princess back home.

Global Affairs Canada announced late Sunday that it had chartered a plane to fly the stranded Canadians to the air force base in Trenton, though it did not provide a timeline for when that would happen.

There are 21 people diagnosed with COVID-19 aboard the Grand Princess, which is carrying more than 3,500 people from 54 countries. There's no word on the nationalities of the patients.

The ship had been forbidden to dock in San Francisco amid evidence the vessel was the breeding ground for a cluster of at least 20 cases, including one death, after a previous voyage. Several people in Canada aboard that earlier voyage have since tested positive for the illness.

Passengers will be screened for symptoms before they board the plane, and those who exhibit them will stay in the U.S. for further assessment. Passengers without any symptoms will be quarantined for 14 days upon their arrival in Canada, the government said.

"We are working hard to help Canadians return home and make sure appropriate measures are in place to prevent and limit the spread of COVID-19," Foreign Affairs Minister Francois-Philippe Champagne said in a written statement.

"The decision to repatriate Canadians on board the Grand Princess follows a request for assistance from the government of the United States, recognizing the importance of closely working together to limit the spread of COVID-19."

Ottawa has recommended against cruise ship vacations in the wake of the international COVID-19 outbreak, saying the frequent interaction and close quarters on board can lead to a spread of the virus.

There are now more than 100,000 cases worldwide, with the largest group still in China. But massive outbreaks have developed outside the virus's epicentre, including in South Korea, Iran and Italy.

This report by The Canadian Press was first published March 9, 2020.