UBC Botanical Garden is renowned for its botanical diversity and the comprehensiveness of its plant collections. One of the most significant is the collection of maples (Acer species), the majority of which are located in the David C. Lam Asian Garden. Beyond being an iconic Canadian symbol, maples are an important part of the North American flora, and they represent the Garden's commitment to conserving and displaying biodiversity. All told, there are some 130 Acer species, most of them native to moderately cool and moist environments in mountainous areas around the Northern Hemisphere; about 65 species are represented at the Garden. We spoke with Douglas Justice, Associate Director of Horticulture and Collections at UBC Botanical Garden for an in-depth look into what makes this tree species a visual standout, an essential elements in the Garden’s educational and research missions, and a Canadian icon.

“The Garden’s maples are concentrated in the Asian Garden, which was developed beginning in the 1960s” he says. “The initial focus was on rhododendrons, but maples are common associates of rhododendrons in the wild, and combining different plants that naturally relate is part and parcel of how one builds gardens in this part of the world. Many maples are well adapted to this climate so it seemed like a natural thing to use them. Initially these were mostly Japanese maples (Acer palmatum), but as the collections became more sophisticated, less common species from further afield were introduced. The diversity of maples has increased significantly in the last 20 to 25 years.” 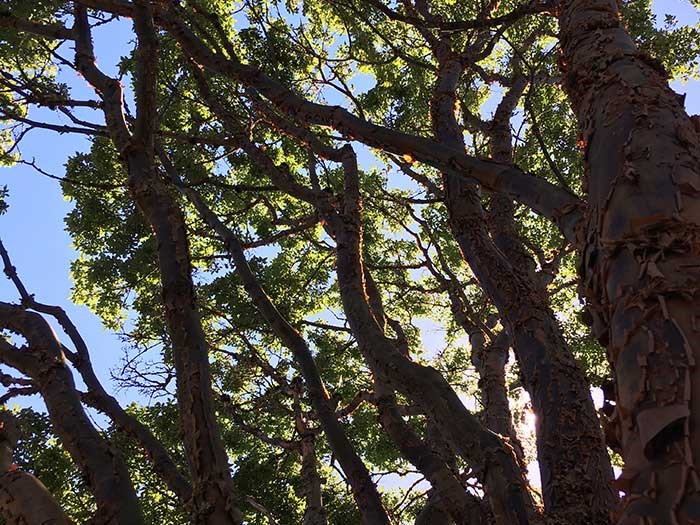 Acer griseum in the Alpine Garden

Standout maples include the paper-bark maple (Acer griseum) in the E.H. Lohbrunner Alpine Garden and Asian Garden (“these are stunning plants, beautiful during all seasons”), the collection of Japanese maples (“they’re exceptionally attractive plants”), and rarities like Acer pentaphyllum, which, according to Douglas, has significant conservation value. “Up until 10 years ago, people didn’t even think that species would survive in Vancouver. Only specialists had little plants; now we have hundreds of them in the Garden, many doing extraordinarily well” he says.

Beyond maples' aesthetic appeal, Douglas highlights their importance in helping educate the public about the connections between floras from different parts of the world. “When I arrived in 2000 the Garden was well on its way to having a complete collection of snake-bark maples—thanks to various trips to Asia, we now have more or less completed that collection, and that completion satisfies an important element of our education mandate, which is to show that closely related plants can come from parts of the world that are now very far away from each other.” 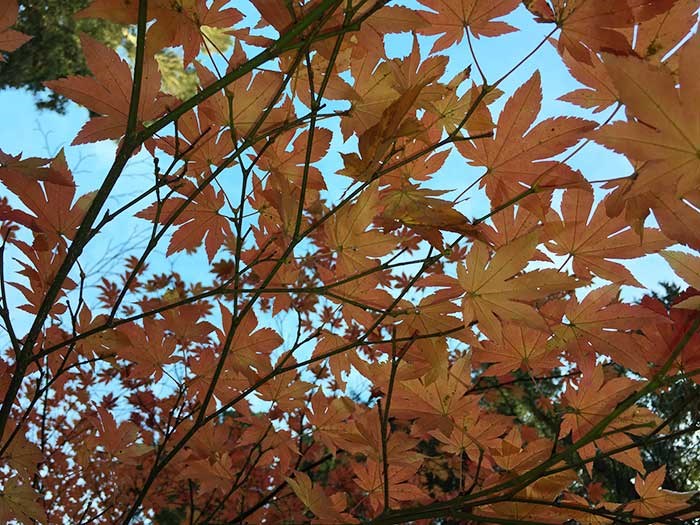 Acer sieboldianum in the Asian Garden

In honour of Canada’s 150th birthday, UBC Botanical Garden has been offering special maple tree tours since the beginning of spring. “The tour was created in celebration of Canada 150 because the maple leaf is Canada’s iconic symbol, and it also gives us an opportunity to explain to the public that most maple leaves don’t look like the one in the Canadian flag” explains Douglas. “The one on the flag is a sugar maple, an eastern North American species, whereas the majority of the world's maple species are Asian. Even the maples we have here in British Columbia are distinct. Bigleaf maple, for example has larger leaves and flowers than any other species, anywhere”. Maples are found throughout Canada, with four species west of the Rockies alone. “There are different maples in the prairies, in Ontario, Quebec, and the Maritimes; all over the country” says Douglas.

When visiting the Garden, grab a maple brochure, which highlights 30 of the Garden's most iconic maples and shows their location on a map. You can find these maples in the Garden by looking for bright red maple leaf signs hanging from their branches. In addition to ongoing maple tree tours, the Garden is also hosting 'Maple Musings', a performance art and educational experience on July 13 with Douglas Justice and Artist in Residence Celeste Snowber. From the bright crimson foliage of Acer palmatum 'Shindeshojo' to the towering Acer capillipes (one of the oldest maple trees in the Garden, accessioned in 1970) there is plenty to see and learn about at the Garden when it comes to this national Canadian symbol. 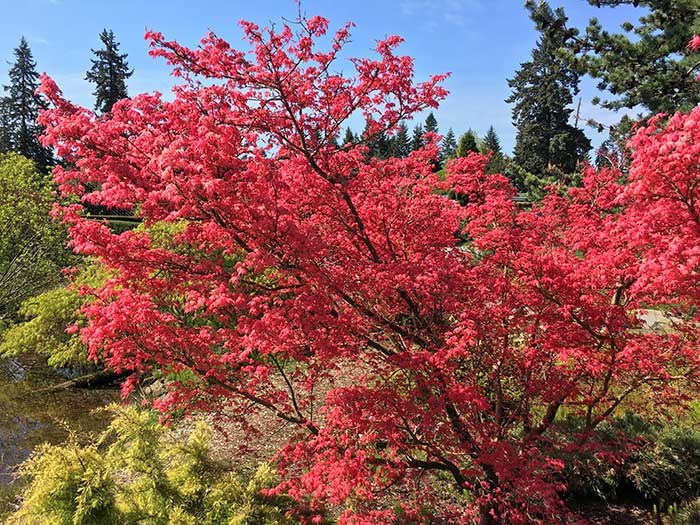 Acer shindeshojo in the Alpine Garden