The low-cost carrier has added flights between Vancouver and a few more Canadian cities
Jul 24, 2020 9:43 AM By: Darron Kloster 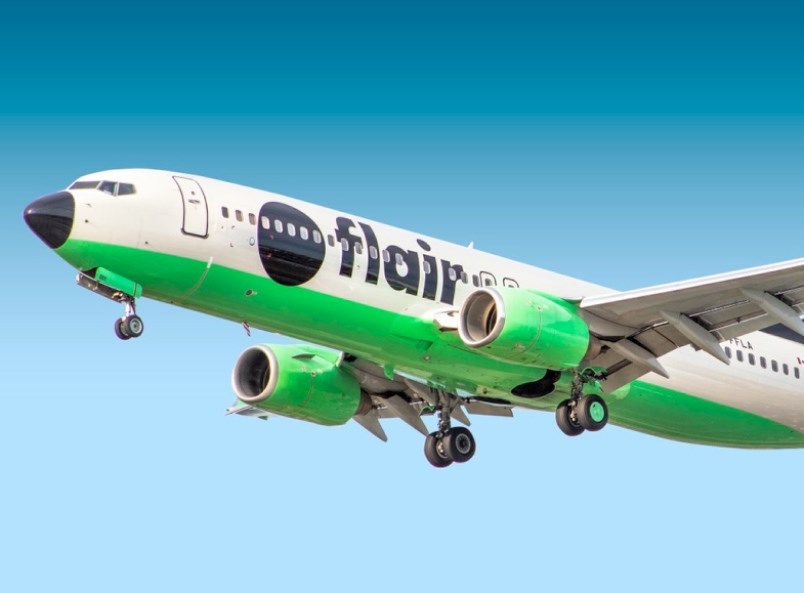 Flair Airlines is returning to Victoria.

The discount airline announced Thursday it will offer flights to Vancouver starting on Aug. 23.

There are options for connections to other Canadian airports, including Prince George and Fort McMurray, Alta., as well as Saskatoon and Regina — all new destinations also announced on Thursday.

The Edmonton-based airline, which is using four Boeing 737-800 jets, also flies to Toronto, though not directly from Vancouver or Victoria at this time.

“We continuously receive requests from our passengers to service these communities,” Scott said. “Many of these areas are experiencing reduced accessibility and we know that Canadians need affordable air fares now more than ever. We are committed to supporting these communities across the country as they safely reopen to travel.”

Flair had a brief presence in Victoria in 2016 and again in 2018. It had worked with Winnipeg-based NewLeaf Travel Co., which ran low-cost flights between Victoria and Kamloops, Edmonton and Winnipeg. NewLeaf began service in July 2016 and suspended it late that year. Flair purchased NewLeaf in mid-2017.

Passengers can pay more for options, such as a middle seat for social-distancing and checked luggage.

Flair said safety during the pandemic is its highest priority. Passengers must have masks, answer a health-check questionnaire and have their temperatures taken prior to boarding. Enhanced aircraft disinfecting measures and the use of HEPA filters will remain in effect for the foreseeable future, the airline said.

Canadians will be able to visit Hawaii without quarantining starting this September
Aug 5, 2020 7:48 PM
Comments
We welcome your feedback and encourage you to share your thoughts. We ask that you be respectful of others and their points of view, refrain from personal attacks and stay on topic. To learn about our commenting policies and how we moderate, please read our Community Guidelines.