Welcome to the fifteenth instalment of our "On the Road to..." series! The deal is simple: manufacturers loan us vehicles, we drive them to sweet locations, shoot photos along the way and then share that experience with you.

Welcome to the fifteenth instalment of our "On the Road to..." series! The deal is simple: manufacturers loan us vehicles, we drive them to sweet locations, shoot photos along the way and then share that experience with you.

I recently took you on THIS TRIP to the Okanagan in the 2013 RAV4 that Toyota loaned to us for a few weeks. That one was a family adventure with my wife, son and our dog, and this trip I'm about to take you on is a little more rough around the edges. I decided on a whim to go fishing one afternoon and basically searched for a Provincial Park that I could drive to on a day trip, which had a lake I could fish in. Almost like spinning a globe, stopping it with your finger and travelling to that destination, I went in to Davis Lake Provincial Park past Mission fairly blindly. I knew that it was a protected park and I knew it was fairly close to the city (a 2 hour drive), but what I didn't know was that this park isn't like the ones I'm used to visiting. Alice Lake with its groomed campgrounds and vending machines is what I've come to expect from BC Parks, and this ended up being fairly far on the opposite end of the spectrum. 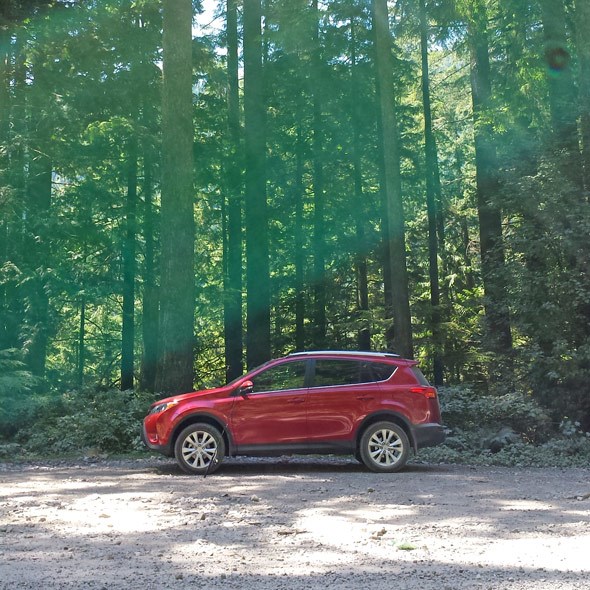 Of course the adventure started in the city, and I used the vehicle's navigation system to guide me. This was actually the first time I've driven across the Golden Ears Bridge, pictured below. 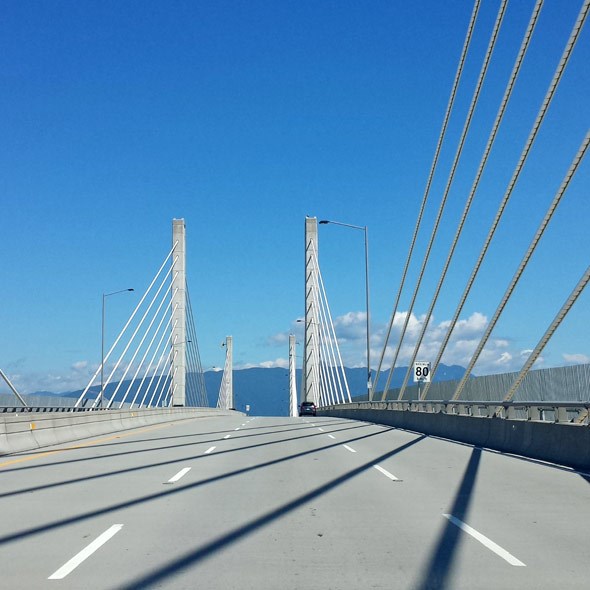 It was also the first time I'd really gone deep into Mission. I learned that farming is big out there. This old school barn doesn't tell the story as much as the endless acres of greenhouses across the street (which weren't quite as photogenic, so you'll have to trust me on this one) 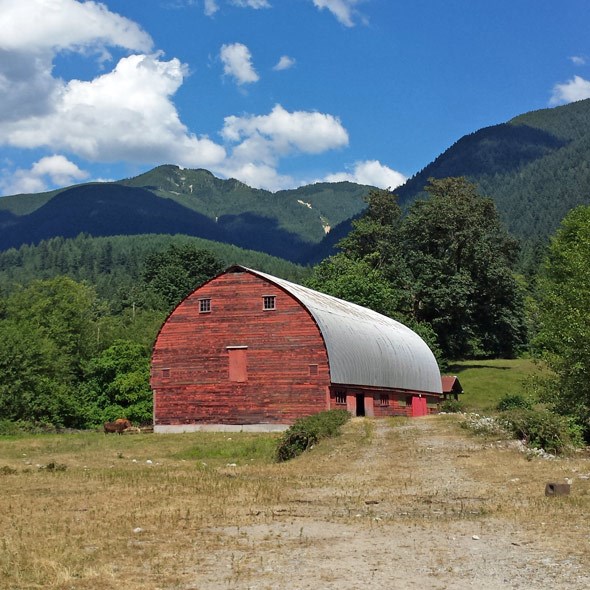 And once the pavement ended and I got onto the dirt road, I was reminded of why they call them "forestry roads". Actual forestry! It's not always pretty, but it's one of the industries that feeds a huge part of our province and beyond the view of something like this is the knowledge that it's completely renewable and that in a few years this cleared patch will have new growth forest planted in it, to be harvested again in a few generations.

Now we're getting to the point in the trip where I realized that Davis Lake Provincial Park is not like the others I've visited. I stopped to take a photo of this small pond on the side of the road after I missed the turnoff for the campground... or at least that's what I thought.

The reality ended up being that there is no campground at Davis Lake, and you have to hike in about 20 minutes from the dirt road. There are no vending machines here, and no RVs like you've seen at places like Alice Lake. 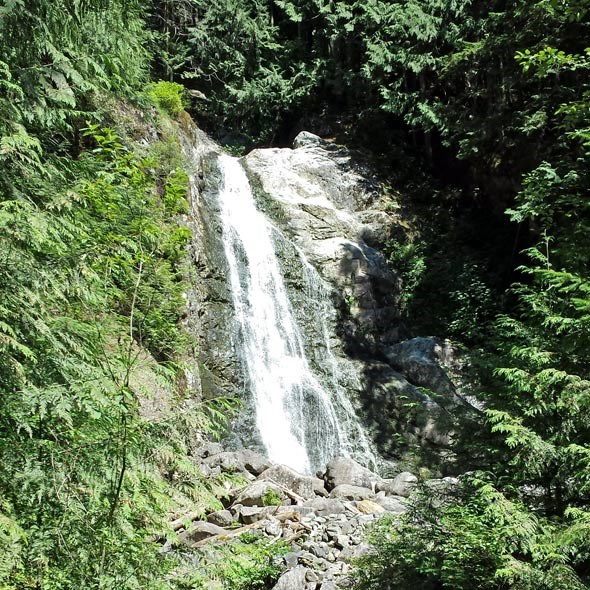 Wonderful silence awaited me at the bottom of the trail with that waterfall next to it. I didn't catch any fish, but the best part about fishing is simply getting out there.

Learn more about the 2013 RAV4 HERE and stay tuned as we'll be going on one more road trip in it!