Super, Neighbours in BC: The Parkside Hotel & Spa in Victoria, Part 2 of 2

Welcome to the latest series of Super, Neighbours blog posts where we highlight incredible travel destinations in British Columbia! As you may have noticed, the SERIES of blog posts on BC is Awesome that were all about the Royal BC Museum in Victoria

As you may have noticed, the SERIES of blog posts on BC is Awesome that were all about the Royal BC Museum in Victoria have come to a close. We spent a few days over there gathering stories and then a few weeks editing and publishing them, and while we were there we managed to find some accommodations that truly surprised us.

Located about a block from the harbour, where all the action is in downtown Victoria, The Parkside Hotel & Spa was an absolute joy to stay at.

In the FIRST POST I shared how the accommodations really felt like home, and how we were surprised at how close to the action the Parkside is, despite not being right on the water like we're used to looking for in Victoria. Another thing that made it feel like home, and which is part of a larger story, are the koi fish located in the pond out front (circled in this photo below that I shot from our balcony). 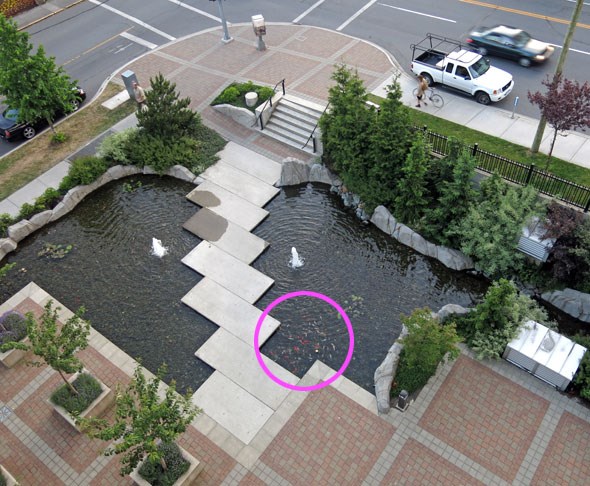 As you come and go, more than a hundred of these koi rush to greet you. If you stand next to the water they will all come to your feet, and if you put your finger in the water (like my son is doing here) they'll nibble at it as they think you're there to feed them. And you very well could be there to feed them because if you ask nicely enough the staff at the hotel will let you help with the daily feeding. 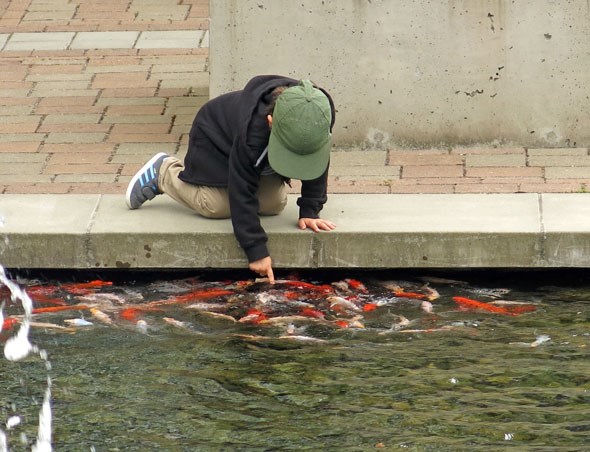 The koi were first introduced to the pond in the summer of 2009 when the hotel first opened. Ten of them were put in and somehow over the years the koi have managed to spawn in captivity and their numbers have grown to more than the hotel ever imagined they might. 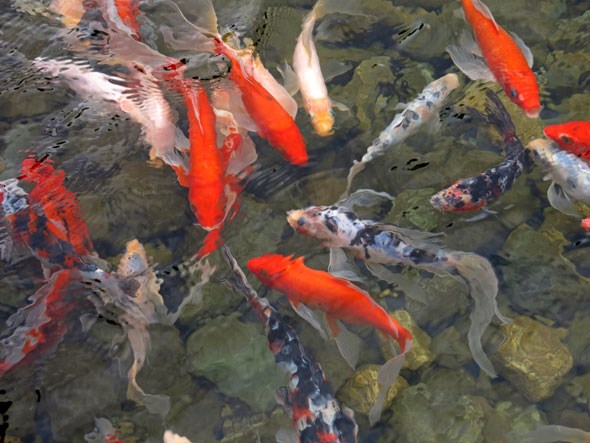 What might be even more interesting than the fact that the fish are thriving is the fact that the pond they're in is a part of the cooling system in this built-to-LEED-standards complex. The water from outside is connected to the water in the pond in the lobby shown below, and all of that water is distributed throughout the building via pipes and pumps, keeping it cool. So these fish who are friendly to guests are actually part of a larger, earth-friendly initiative, and that is awesome.

I highly recommend staying at the Parkside on your next visit to BC's capital. Learn more at ParksideVictoria.com.