As gas prices in B.C. continue to creep further above $1.50/litre the idea of planning a road trip south of the border starts to look better and better. Northern B.C.
Apr 17, 2018 11:19 AM By: Bob Kronbauer

As gas prices in B.C. continue to creep further above $1.50/litre the idea of planning a road trip south of the border starts to look better and better. Northern B.C. is nice but so are Washington state and Oregon, and you can get to them for a fraction of the cost of what it'd cost you go only as far north as the Okanagan, nowhere near Chetwynd or Prince George.

I recently drove my family the 508km to Portland for a two night stay, bringing back recommendations for a few things you might not want to pass up on while you're there.

If Portland is the land of hipsters then the Ace is the epicentre of that hipness. Not only because the rooms come equipped with record players with a crate of of records, and everything feels old-timey (because it is), but also for it being located right in the middle of the action downtown. 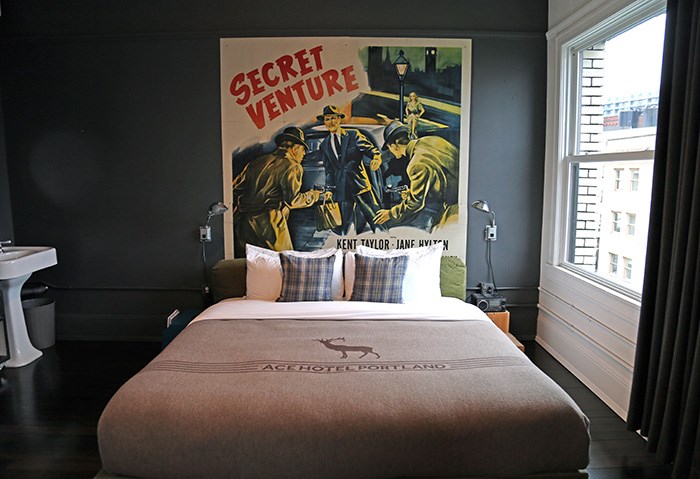 2. The best bookstore on the entire planet.

Ask any book nerd what the best book store on earth is and they'll tell you Powell's Books. Conveniently located just one block from the Ace Hotel (we could see it out our window), it takes up an entire city block and has multiple floors. You can literally get lost in it, and part of the charm beyond stocking any book you could imagine is that they keep old copies alongside used ones on the shelves 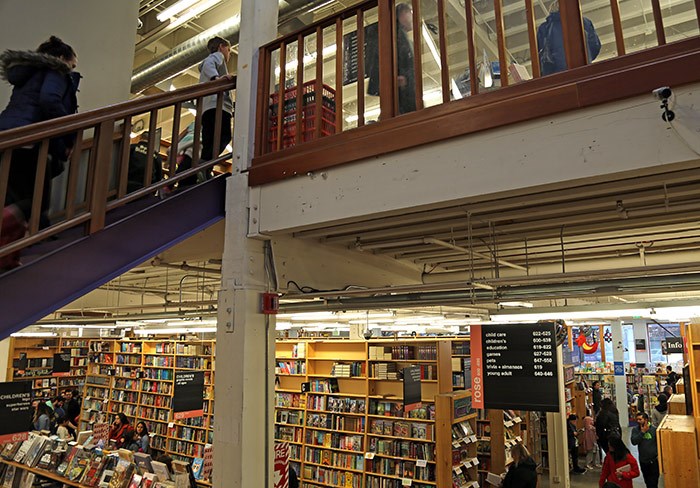 Powell’s Books is heaven on earth

I found Michael Wolff's Trump book in the New Releases section on the main floor (when in Rome), then my son found a Ghostbusters graphic novel. I thought "Hm, I wonder if they have a fishing section?". We poked around and landed in paradise: not just a simple fishing section but one with many subsections: Fly Fishing, Fishing Resorts, Fishing Lore, Fishing in the Pacific Northwest, Fishing Photography... and on and on. We walked out with a few I didn;t know I wanted. 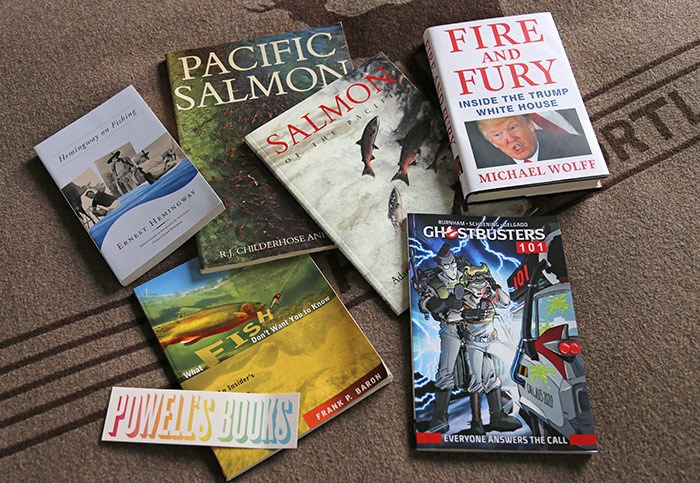 You’re going to buy books you didn’t even know you wanted. Be careful.

We actually parked our Highlander Hybrid at the hotel for the weekend and decided to take Uber to the spots that weren't within walking distance. We don't know our way around super well and these services are deeply, deeply appreciated because they're so efficient and cost effective. Our government promised we'd have these services by Fall of last year and every time I visit a city that has them (as in, most cities), I pine for it. 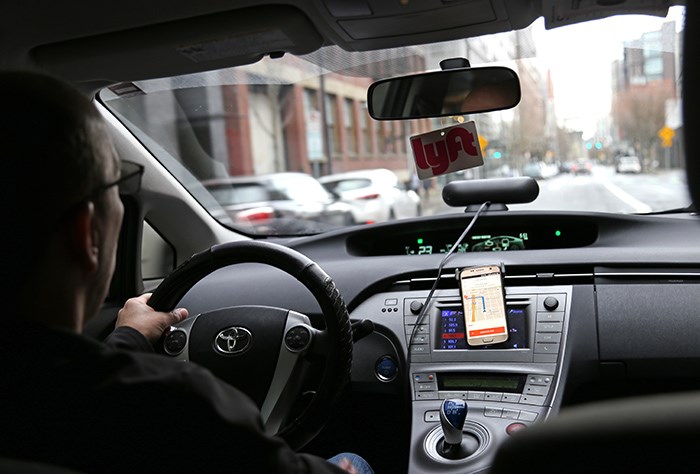 Uber and Lyft drivers make life so much easier when traveling.

My wife visits Portland more often than I do and she wouldn't let us not go to a Thai place called Pok Pok (which we took an Uber to for $6). I'll let this photo of our meal do the talking and also note that their mixed drinks are worth indulging in. 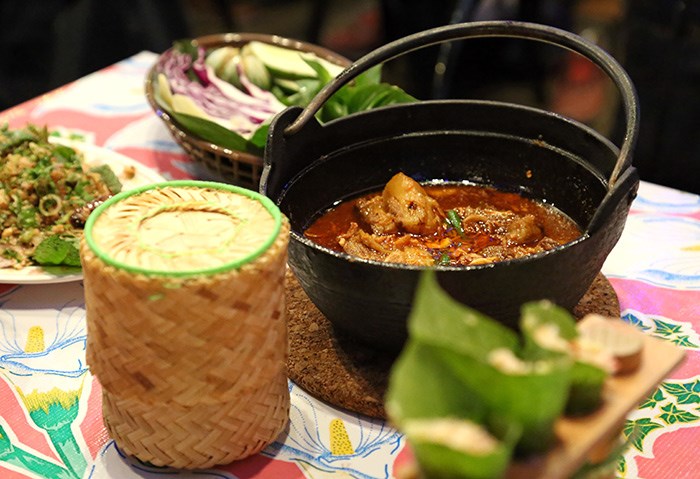 There are multiple Pok Pok locations to visit in Portland

The tree pictured on the left was planted in the year 1880 for some dude named Sylvester Farrell and was designated an official "Heritage Tree" by the City of Portland in 1975.

The buildings in the vicinity of this deciduous are even older than it is, and something you'll notice is how much built heritage has been preserved in the downtown core. Most every block feels old and sturdy and charming. 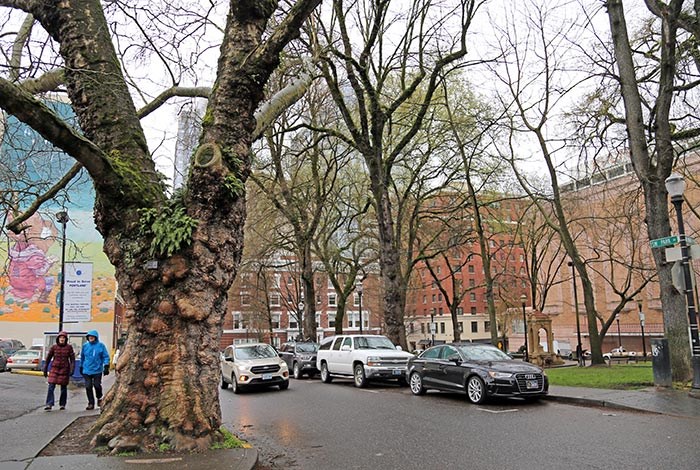 A London Planetree planted in 1880

The Portland Art Museum currently has a Laika animation exhibit filled with stop motion props, actual characters, costumes and sets used to make their films, as well as the magic (okay fine; science) that they put into all of them.

Coraline, Box Trolls, ParaNorman, and Kubo and the Two Strings all have multiple displays showing how these films were made. Your $16.99 (adult admission) is well spent, and kids under 17 get in for free. 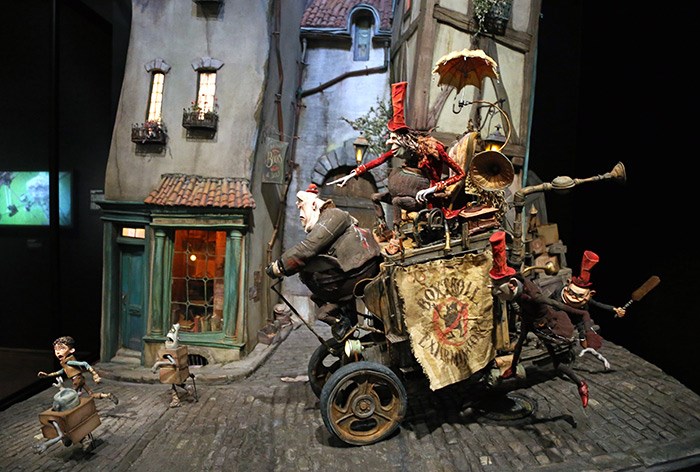 The highlight of our trip was hands down going to a Portland Trail Blazers game. Coincidentally it had been 21 years to the day since the last Vancouver Grizzlies game I attended, and I had forgotten how exciting live games could be. They've got a great selection of craft beer (as you'd expect), great entertainment, and the game itself was neck-and-neck to the end, with the home team barely losing by one point after a thrilling fourth quarter.

The folks seated beside us (father, sons and grandson) had also made the trip down from Vancouver, but they were there specifically to watch the game. It's an annual pilgrimage they've been making since the NBA left our fair city, and it's one we are going to make a new tradition of as well.

Visit TrailBlazers.com for their game schedule and tickets, and RoseQuarter.com for info on all the concerts, shows and special events happening at Moda Center and the adjacent Veterans Memorial Coliseum. 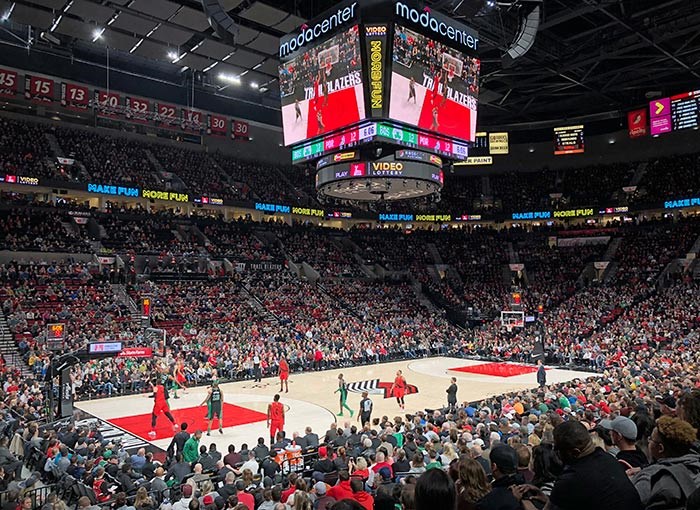 8. Did I mention gas is cheap?

I think I mentioned that. 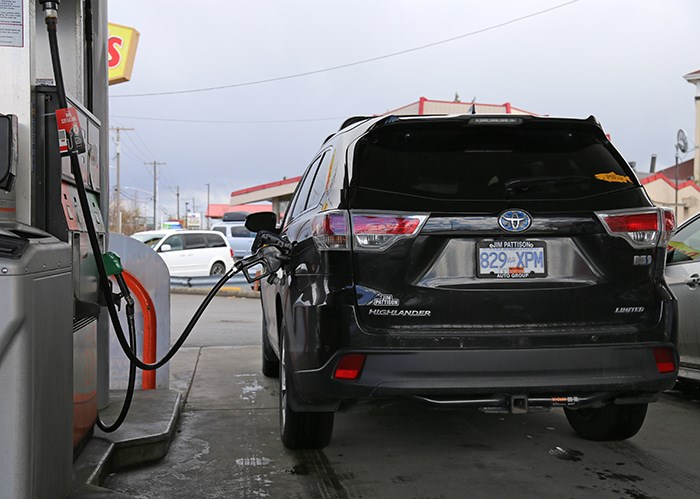 Our Highlander Hybrid getting gassed up somewhere between Vancouver and Portland

Check out my other road trip recommendations in our Toyota BC On The Road series HERE.