Do you ever feel like cross-Canada flights cost way more than they should? You aren't alone.

Flights connecting Vancouver and major eastern Canadian cities such as Montreal, Toronto, and Halifax regularly sell for close to $1000 CAD return. To put that in perspective, many flights to the United Kingdom and Europe cost roughly the same, but are over twice as long.

The Visual Capitalist has created an infographic based on data that was gathered from the OAG Aviation Worldwide, which tracked the airline routes that generated the most revenue from April 2018 to March 2019.

Air Canada’s service between Vancouver and Toronto rounded out the top 10 list with a whopping $541,122,509 USD of revenue in 2019 on the cross-Canada route. As such, it is the highest revenue generating airline route in the country. 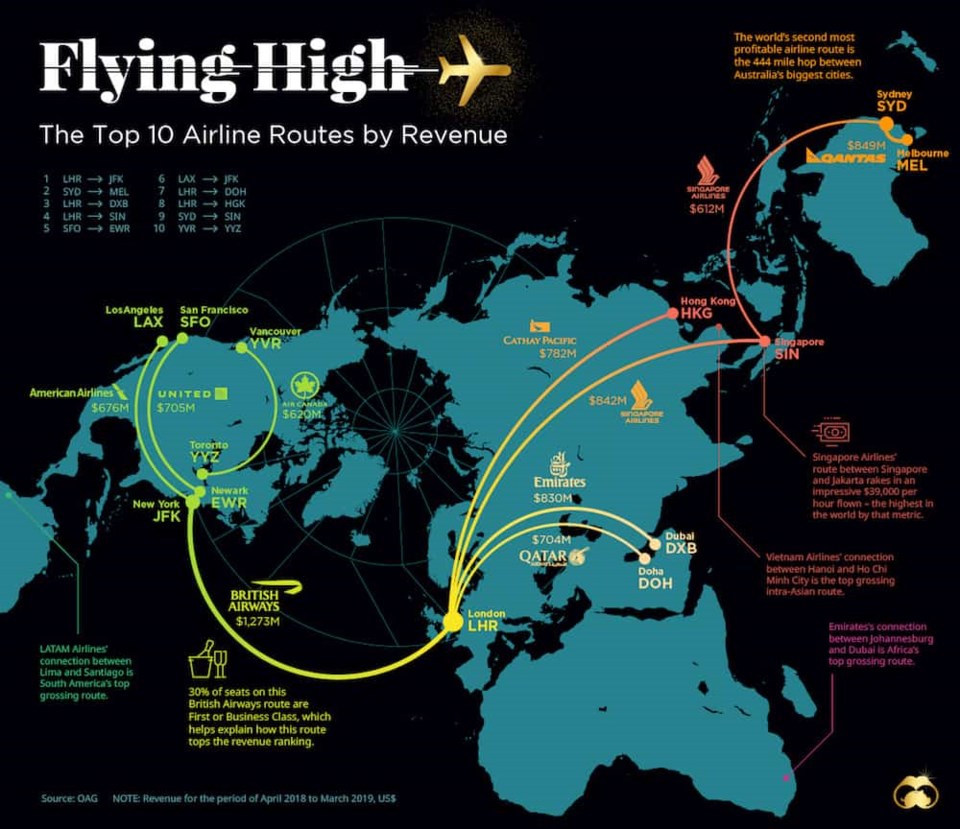 For those who aren't looking to spend an large sum of cash on their Vancouver to Toronto flight, Flair Airlines offers a significant savings out of YVR. With this in mind, the airline is considered "budget," and therefore it doesn't include some of perks that travellers enjoy with Air Canada and WestJet.

3 new ways to explore Vancouver and the Sea-to-Sky
Jul 13, 2020 8:30 AM
Comments
We welcome your feedback and encourage you to share your thoughts. We ask that you be respectful of others and their points of view, refrain from personal attacks and stay on topic. To learn about our commenting policies and how we moderate, please read our Community Guidelines.