Paper cranes symbolize hope and recovery and the bamboo sticks represent peace and strength, according to Keiko Go, who made 1,000 origami cranes along with volunteers from Steveston Buddhist Temple.
Apr 17, 2021 10:00 AM By: Nono Shen 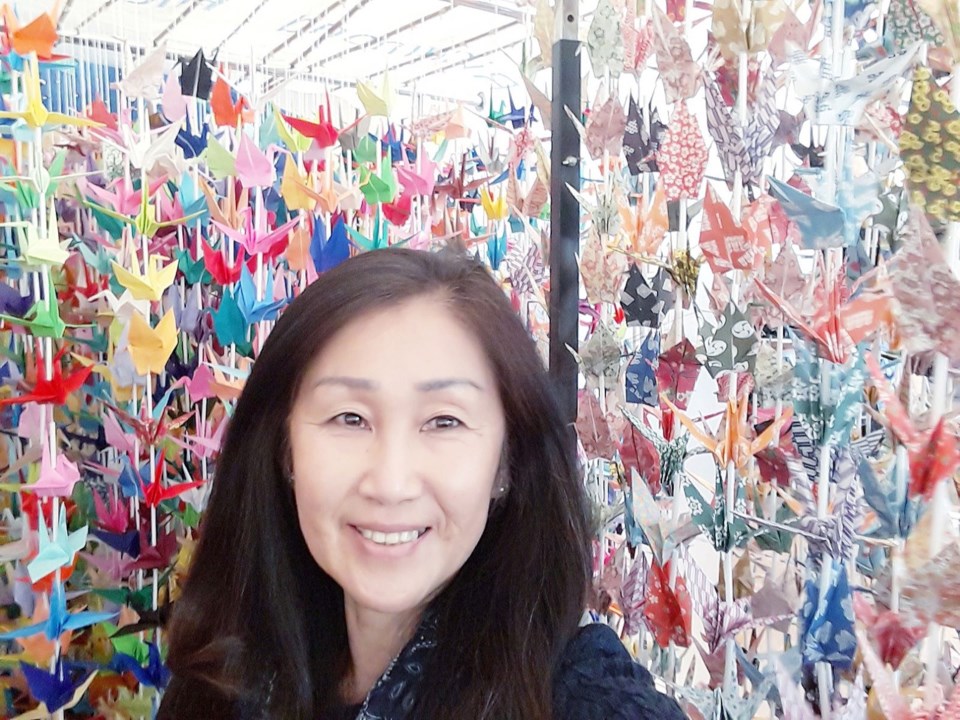 Keiko Go and other members from the temple launched an initiative two months ago to create a thousand colourful paper cranes and attach them to bamboo sticks to send hope to doctors, nurses and patients. Submitted photo

After two months of waiting, 150 origami cranes finally arrived at Richmond Hospital Thursday to cheer up patients and healthcare workers.

“We are so happy that the message of hope has gotten through,” said Keiko Go, an administrator with Steveston Buddhist Temple, who launched an initiative two months ago to create a thousand colourful paper cranes and attach them to bamboo sticks to send hope to doctors, nurses and patients.

In ancient Japanese legend, anyone who folds a thousand paper cranes will be granted a wish by the gods.

The cranes symbolize hope and recovery and the bamboo sticks represent peace and strength, added Go.

In early February, members from Richmond Steveston Buddhist Temple spent three weeks making the 1,000 origami cranes only to learn that the hospital couldn’t accept them at the time due to COVID protocols. As the next best thing, temple members took photos of the cranes, which were shared through the hospital’s bulletin board and social media.

And even though the carefully folded cranes weren’t presented to the hospital in person, Go and other temple volunteers received heartwarming feedback from staff and others.

However, now she’s happy that the hospital has the actual cranes to lift the spirits of staff and patients.

“We are in a war between human beings and COVID-19 right now, and we all need love, support and patience,” said Go.