In 1988, SFU's security director suggested the case could be linked to occult activity on the Burnaby Mountain campus, but police said that was 'very unlikely.'
Oct 31, 2020 4:09 PM By: Cornelia Naylor 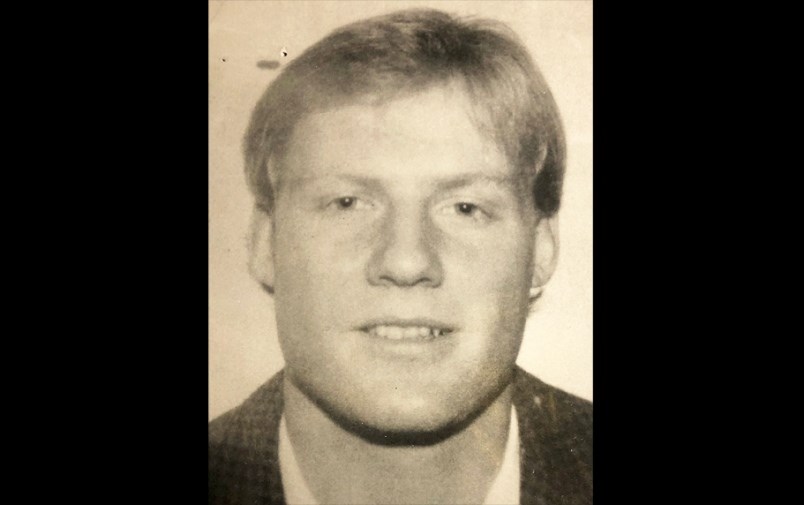 Second-year SFU student David Campbell, 21, disappeared without a trace on Oct. 26, 1984 after attending a Halloween party on Burnaby Mountain. Police have re-released details about that evening in an ongoing effort to solve the case.

Burnaby RCMP are looking for help solving a Halloween mystery involving a 21-year-old SFU student who vanished without a trace 36 years ago.

On the evening of Oct. 26, 1984, David Campbell, a second-year arts student from Thunder Bay, Ont., was having drinks with friends at a student residence in Louis Riel House at SFU’s Burnaby Mountain campus (the only campus at the time), according to police.

At some point, he and a friend went to a liquor store to pick up more alcohol and made their way back to the student residence separately, police said.

The friend later told police that, when Campbell returned, he had changed his clothes and was wearing a straw hat and suspenders.

His friend said he believed Campbell was dressing up as a farmer for a Halloween party they were planning on attending afterwards.

They walked to the party, which was being held near the residence where they'd been drinking, at 9 p.m.

Once they were inside, Campbell’s friends said they split up and didn’t see Campbell again.

Three days later, Campbell was reported missing by his family.

The investigation has remained open ever since.

“Regardless of how long someone has been missing, we always continue to search for new leads,” Burnaby RCMP missing person coordinator Cpl. Robynn Watts said in a news release this week.

In the days after Campbell’s disappearance, investigators interviewed friends and family members but were unable to turn up any leads as to where Campbell had gone.

Police and volunteers also searched Burnaby Mountain to no avail.

About a year-and-a-half later, Campbell’s parents put up a cash reward for any information leading to the discovery of his whereabouts.

Campbell’s case got renewed public attention in 1988, when another 21-year-old university student, Emerson Debroskay, disappeared after leaving a UBC pub alone on Oct. 28.

An SFU security director at the time suggested the cases might be cult related given that both of the young men had disappeared without a trace just before Halloween.

Security director Tom Bennett told the press he had seen evidence of occult activity on Burnaby Mountain, including a clearing with a pentagram marked out in the ground and the severed heads of two rabbits.

UBC RCMP Cpl. Fred Ickringill said his detachment was working with Burnaby RCMP to investigate any links between the two cases.

One possible lead Burnaby RCMP have gotten in the case came in the form of an anonymous letter on March 30, 1987 – more than two years after Campbell’s disappearance.

The letter writer said they had seen Campbell at the Halloween party talking to two 20-something Asian women.

The two women appeared to be annoyed with Campbell, according to the letter writer, and Campbell was then escorted out of the party by three or four Asian men.

Despite continued investigation, none of the people described in the letter have been located, according to police.

“If you know of anyone who may have information that could help us in our search for David Campbell, please reach out,” Watts said.