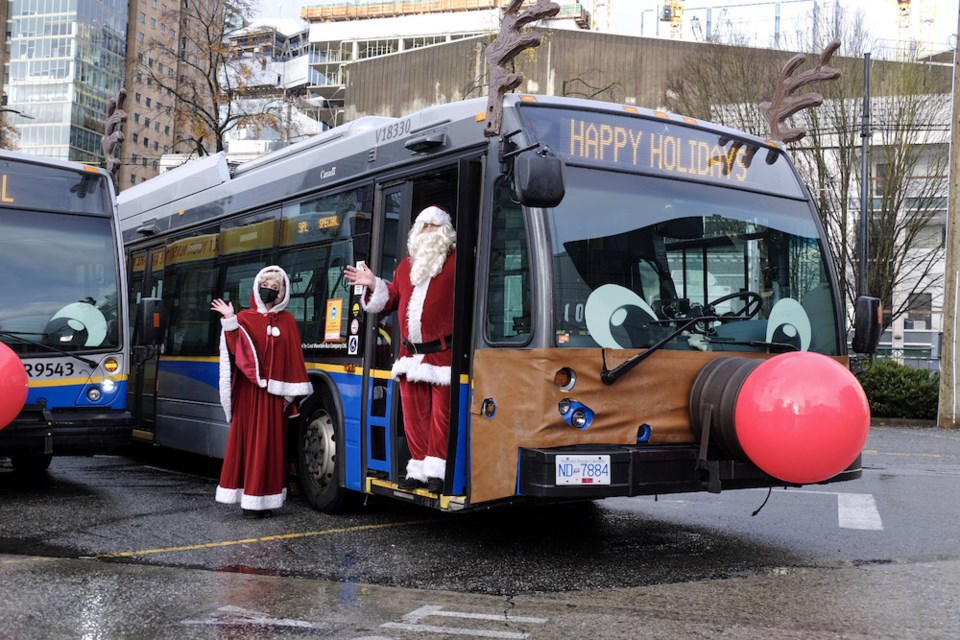 The Reindeer Bus is part of a 35-year initiative known as Toys for Tots. Photo: TransLink

TransLink announced today that it is ramping up its annual Reindeer tradition, and passengers will find nine of the beloved Reindeer Buses on the streets.

Starting Dec. 1, the transportation agency aims to spread much-needed holiday cheer all over Metro Vancouver with its festive fleet. Reindeer Buses Dasher, Dancer, Prancer, Vixen, Comet, Cupid, Donner, Blitzen, and Rudolph will roll into service and brighten a street near you.

“We can all agree that it’s been a pretty tough year,” says TransLink CEO Kevin Desmond.

“If there was ever a time to boost our Reindeer Bus fleet, it’s certainly now. We want to spread smiles and holiday cheer to street corners all over the region, and this is a fun way to do it.”

The Reindeer Bus is part of a 35-year initiative known as Toys for Tots. Each year, toys and cash donations from staff at TransLink bus depots and offices are delivered from the Reindeer Bus to the Lower Mainland Christmas Bureau to be distributed to low-income families. 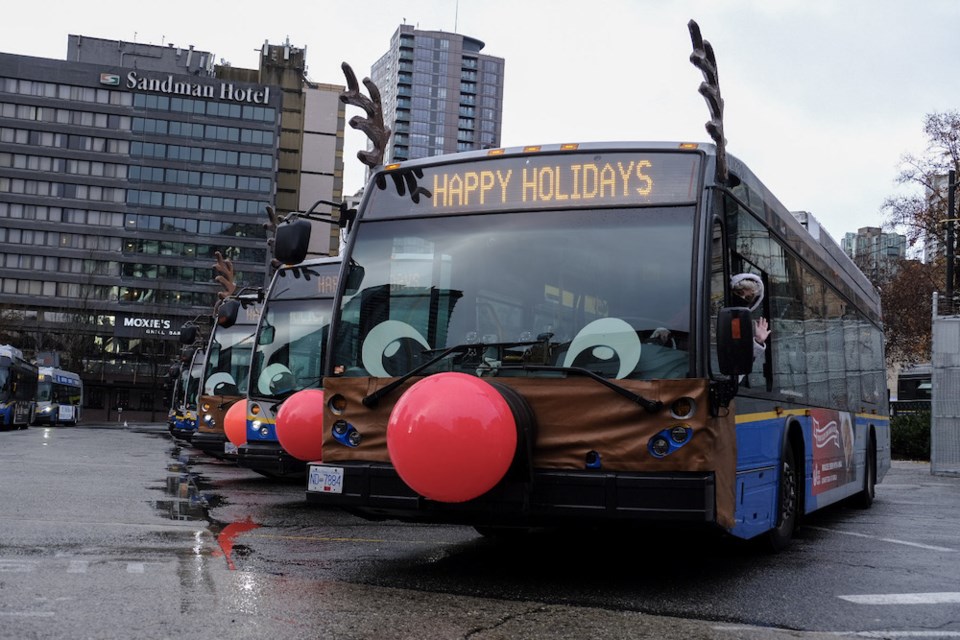 For Reindeer Bus lovers, TransLink has also launched a new line of holiday merchandise featuring the Reindeer Bus in its online store, just in time for any transit lover’s Christmas. 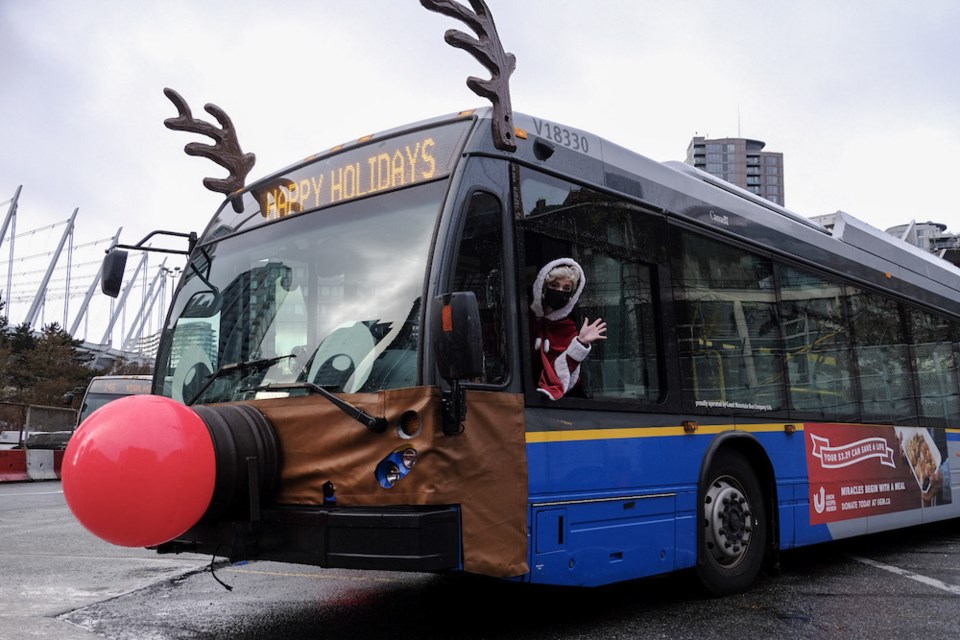 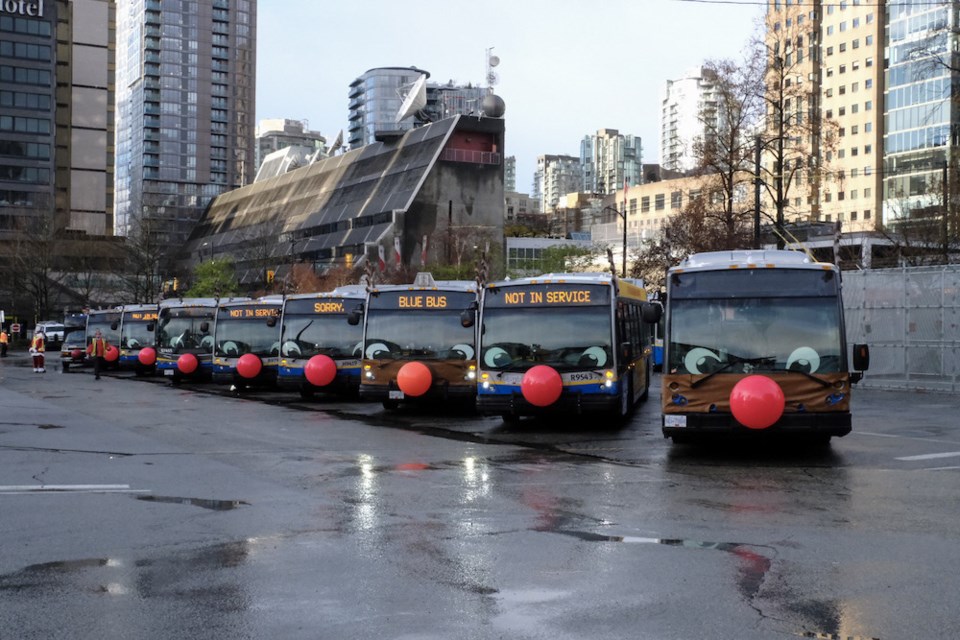 TransLink says customers must now don face masks while boarding or waiting for transit at any indoor or sheltered stations and stops, as a result of the Provincial Government’s Ministerial Order mandating mask use.

Now, passengers must wear face masks in any sheltered location where people are boarding or waiting for transit, and Transit Police will conduct inquires with anyone not doing so.

Transit Police will enforce the Ministerial Order and can issue fines of $230, subject to the exemptions set out in the Order.