A massive tree fell near Vancouver's Seawall, and witnesses managed to catch it on video 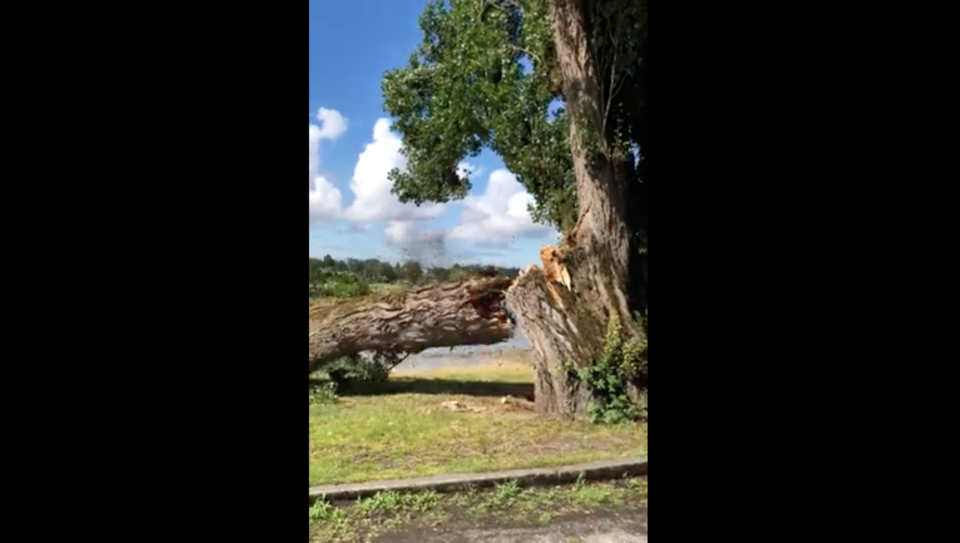 If a tree falls in the middle of Vancouver and no one is there to hear it, does it make a sound?

Guess we'll never know, because witnesses didn't just hear a massive tree fall near the seawall today - they managed to catch it on film.

Reddit user @markuswolfus posted a video of the event to the social media platform at around noon on Saturday, July 4. In it, the sound of wood beginning to split is clearly audible, while close-up shots show gaps in the tree's trunk, until a massive portion of the tree finally snaps off and falls to the ground. Thankfully, no one was in its path at the time.

The post's author explained in a comment that he was teaching an aerobic class nearby when he heard the sound of the tree cracking. "It kept getting louder and more frequent so pulled out the ol’ camera," he wrote.

The video also earned its fair share of truly hilarious comments. A few of the best ones?

"People should have covered their ears to save that beautiful tree," "Where's Kesha when you need her...," "Duct tape," and "The Alcohol Pilot Project has been CANCELLED due to falling trees." ("Never seen a tree that couldn't hold it's liquor.")

Check it out below!

When a tree falls on the Seawall... wait for it... from r/vancouver

Vancouver lake closed for swimming, wading due to high levels of E. coli
Aug 11, 2020 1:05 PM
Comments
We welcome your feedback and encourage you to share your thoughts. We ask that you be respectful of others and their points of view, refrain from personal attacks and stay on topic. To learn about our commenting policies and how we moderate, please read our Community Guidelines.