A 'wonderful opportunity': Vancouver business teams up with Google to help kids learn to read

Simbi provides an online platform to read and listen to stories read aloud from people all over the world
Feb 27, 2021 12:16 PM By: Cameron Thomson 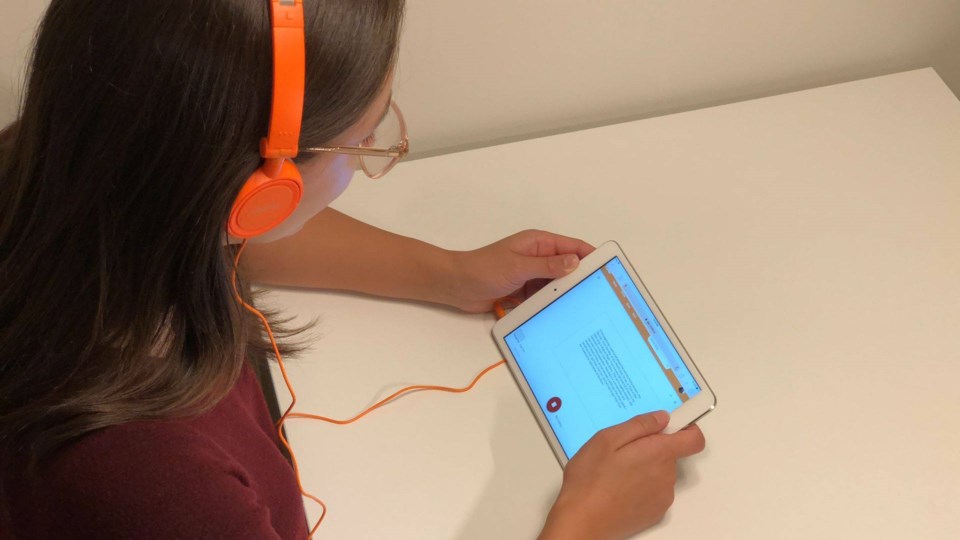 A Vancouver company that provides a platform to help kids learn to read has entered into a temporary partnership with Google.

Aaron Friedland, a University of British Columbia graduate is the co-founder of Simbi, a program that motivates students to read by recording their voices and sharing their narrated stories which in turn helps others to learn to read. According to a release, Simbi is used by over 130,000 learners around the globe.

Recently, Simbi has been selected to join 11 other North American startups for a 10-week digital accelerator program from Google. The program is designed to help voice technology startups take their businesses to the next level.

“We are getting a ton of people narrating books on Simbi and it can become quite difficult to approve all of this content,” Friedland said. “We're going to be able to more quickly build our system to understand where the person is from, to recognize accent data, to recognize performance and proficiency data.”

Being able to work with a brilliant team at Google whether it's the product team or their data and voice AI team In order to help Simbi really optimize what we're really able to do with speech is a very wonderful opportunity for us.”

Friedland noted that Simbi does not track any individual student data, rather the information is viewed on an aggregate basis and says Simbi isn't interested in ever selling the data.

Friedland created Simbi because he was told at an early age that due to his dyslexia he would never learn to read. After he proved the naysayers wrong using the new-at-the-time technique of reading and listening along to books, he went on to UBC to study economics.

While working on his masters degree, he wondered if the same approach that taught him to read could be used in rural communities in Uganda. He launched the program and it turned out to be a massive success with people in North America still wanting to read for Simbi even Friedland’s thesis on the project was finished. About two years later Simbi is still going and the team has expanded to include co-founder Alex Gillis and 24 others.

Though Simbi doesn’t just help children overseas, the program is also being used in B.C. classrooms. Friedland explained that a teacher can use Simbi as an online library for their classrooms. Simbi also has a learning management system that allows teachers to create assignments and conduct fluency benchmarking -- tell what grade level a student is reading at.

“Simbi very much automates this process where the students are motivated to read, understanding the positive impact their voice has,” Friedland said.

Another way Simbi is being used to preserve languages that have been spoken in B.C. for time in memorial.

"One of the most beautiful outcomes of Simbi and its creation has been our work with local First Nations and Indigenous communities in B.C.," Friedland said. "Today Simbi works with 36 communities, First Nations and Indigenous schools where their elders are narrating books into Simbi and in doing so, not only are kids at those schools that are looking to learn those languages able to read and listen to a fluent narrator with the correct accent but when and if those elders eventually do pass on their voices are saved and secured."

Simbi works with the Vancouver-based sister charity called Simbi Foundation, co-founded by Ran Sommer. The foundation builds solar-powered classrooms out of shipping containers which are then used in United Nations refugee settlements.