B.C. Wildfire Service crews are already busy dealing with a major blaze in the Okanagan and they're hoping that the public won't add to their troubles.
Aug 8, 2019 7:08 AM By: Kamloops Matters

B.C. Wildfire Service crews are already busy dealing with a major blaze in the Okanagan and they're hoping that the public won't add to their troubles.

Yet some people still need reminders about fire safety. 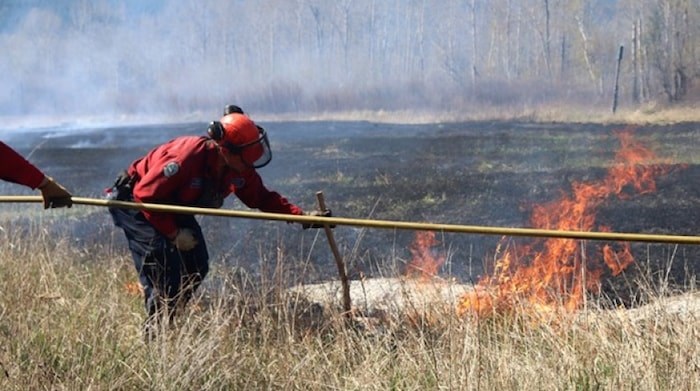 Crews do a controlled burn in the Chu Chua area in 2018. Photo Eric Thompson/Kamloops Matters

Fire wardens discovered (and extinguished) 32 abandoned campfires over the B.C. Day long weekend, according to a news release.

"Abandoned campfires can start wildfires. These sorts of incidents are preventable. If the ashes from a campfire are not cold to the touch, the campfire has not been fully extinguished," reads a statement from the Kamloops Fire Centre.

#BCWildfire is urging the public to be more careful with fire use to help reduce the risk of human-caused wildfires. Fire wardens discovered & extinguished 32 abandoned campfires over the BC Day long weekend in #Kamloops Fire Centre alone.

Unattended campfires aren't just a risk to the public; they're also a risk to your wallet. If the greater good isn't motivation enough to make sure your marshmallow toaster isn't extinguished, perhaps knowing that anyone who leaves a campfire unattended for any length of time can be issued a ticket for $1,150 is.

If that unattended campfire contributes to a wildfire, the person responsible may be ordered to pay all firefighting and associated costs, as well as the value of the resources damaged or destroyed by the wildfire.

According to the B.C. Wildfire Service, they have responded to 118 wildfires in the Kamloops Fire Centre since April 1. Of those fires, 92 are suspected to be human-caused.