Here's the story behind that chain-link mosque in Vanier Park

Portrait of Ajlan Gharem Multidisciplinary artist Ajlan Gharem's Paradise Has Many Gates is the first installation to be formally unveiled on June 26 for Vancouver Biennale's 2018 to 2020 exhibition titled re-IMAGE-n.
0
Jun 25, 2018 1:26 PM By: Melissa Shaw 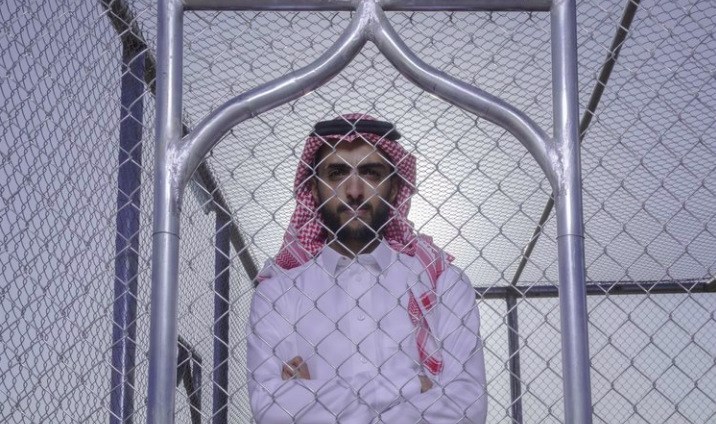 Multidisciplinary artist Ajlan Gharem's Paradise Has Many Gates is the first installation to be formally unveiled on June 26 for Vancouver Biennale's 2018 to 2020 exhibition titled re-IMAGE-n.

The chain-link structure in Kitsilano's Vanier Park resembles a traditional mosque but it is transparent and built with chain-link fence suggesting border fences or cages used to confine refugees. Chain-link cages are being used to hold migrant families in the U.S.

The work aims to challenge ideas of religious orthodoxy and encourage everyone to reimagine a space free from Islamophobia, according to a release.

Gharem says Paradise Has Many Gates is about more than religion because "when you look at refugees abandoning their countries they're escaping from an ideology that's been used on them for many reasons."

The installation, he says, will allow people inside or outside of it to see each other and it will create a space to build knowledge by generating a dialogue between people.

Gharem holds a degree in Mathematics from King Khalid University, teaches math in Riyadh and applies his analytical background to art making. 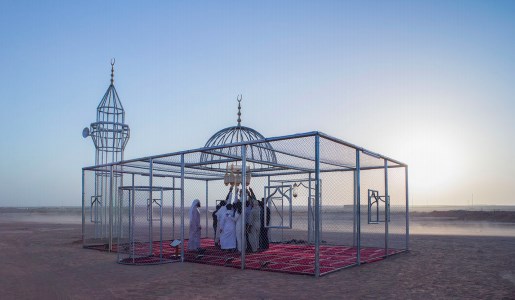 "Each one of the weavers has gone through a series of workshops and conversations learning about Islamic heritage and First Nations heritage from the Musqueam Centre and the Museum of Vancouver," says Ammar Mahinwalla, director of public projects at Vancouver Biennale.

The individual rugs will be presented at the 2018 Textile Society of America Symposium in September. A larger collaborative rug will be unveiled next summer.

This is the fourth edition of the Vancouver Biennale, which invites international artists to respond to current global issues and more artistic projects and will be unveiled throughout 2018.